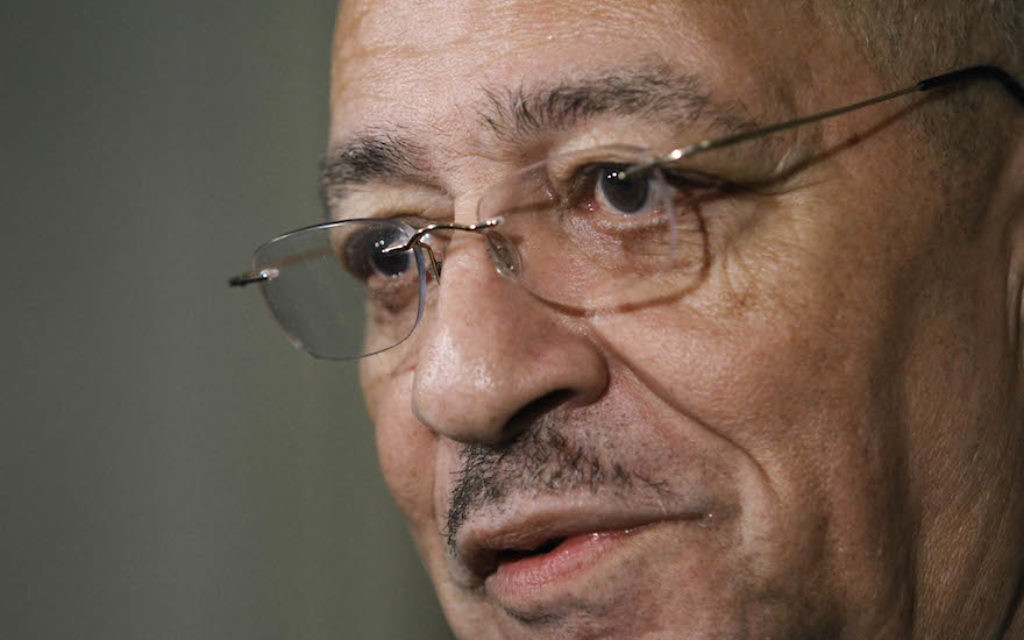 Jeremiah Wright, President Barack Obama’s former pastor, called Israel an apartheid state and said “Jesus was a Palestinian” at a rally in Washington hosted by the Rev. Louis Farrakhan.

At an hours-long event Saturday on the National Mall titled “Justice or Else,” Wright said that African-Americans, Native Americans and Palestinians have suffered under the “three-headed demon” of “racism, militarism and capitalism.”

“The same issue is being fought today and has been fought since 1948, and historians are carried back to the 19th century … when the original people, the Palestinians — and please remember, Jesus was a Palestinian — the Palestinian people had the Europeans come and take their country,” Wright said, The Hill reported.

“The youth in Ferguson and the youth in Palestine have united together to remind us that the dots need to be connected,” Wright also said. “And what Dr. King said, injustice anywhere is a threat to justice everywhere, has implications for us as we stand beside our Palestinian brothers and sisters, who have been done one of the most egregious injustices in the 20th and 21st centuries.”

The rally marked the 20th anniversary of the Million Man March, a mass gathering of black men spearheaded by Farrakhan, who has a long history of anti-Semitic remarks.

Wright, who retired in 2008 as pastor of Chicago’s Trinity United Church of Christ, which Obama attended from 1988 to 2008, also called Israel an apartheid state.

“As we sit here, there is an apartheid wall being built twice the size of the Berlin Wall in height, keeping Palestinians off of illegally occupied territories, where the Europeans have claimed that land as their own,” Wright said.

He concluded: “We are grateful to God to be able to be here and to speak a word on behalf of Palestinian justice. Palestinians are saying ‘Palestinian lives matter.’ We stand with you, we support you, we say God bless you.”

Farrakhan said at Saturday’s rally that blacks were too forgiving of their abusers.

“Find me a Jew who forgives Hitler,” the Nation of Islam leader said. “And they say they’re the children of God, and they don’t have no forgiveness in them.”