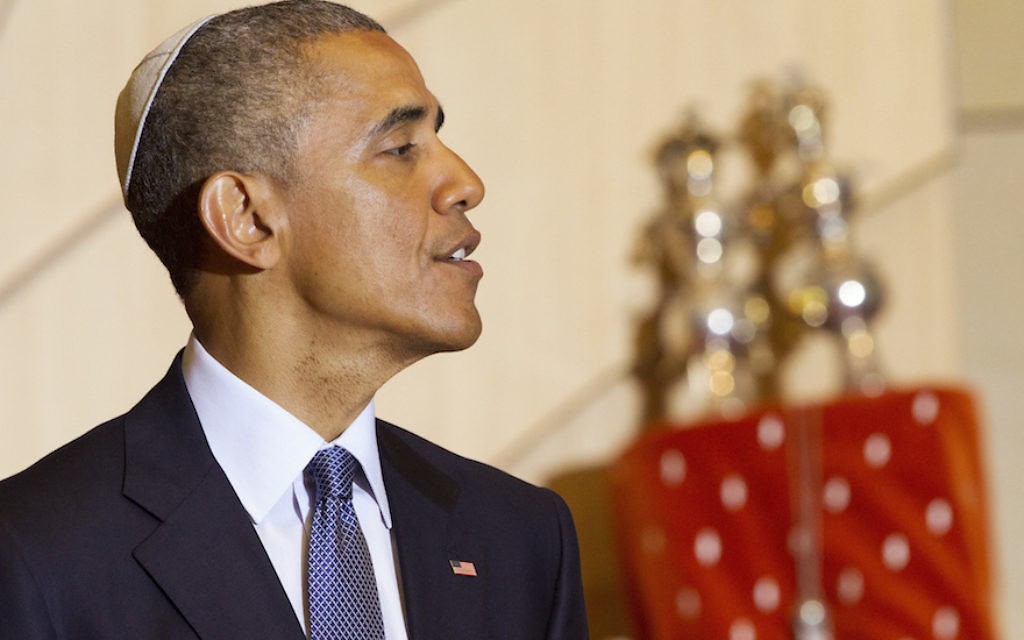 “Mah nishtana halailah hazeh?” said the White House statement released Friday, hours before the start of the holiday, using the Haggadah’s phrase, reserved for the youngest child at the seder meal, who asks “Why is this night different from all others?”

“For Michelle and me, this Passover is different from all other Passovers because it will mark our last Seder in the White House – a tradition we have looked forward to each year since hosting the first-ever White House Seder in 2009,” Obama said in his message.

Obama this year is holding the seder late because he is overseas during the first two nights of the holiday.

The statement sounded familiar notes from past Obama statements for Jewish holidays, linking the quest for Jewish freedom to broader civil and human rights themes.

“This story of redemption and hope, told and retold over thousands of years, has comforted countless Jewish families during times of oppression, echoing in rallying cries for civil rights around the world,” Obama said.

“We dip the greens of renewal in saltwater to recall the tears of those imprisoned unjustly,” he said. “As we count the 10 Plagues, we spill wine from our glasses to remember those who suffered and those who still do. And as we humbly sing ‘Dayenu,’ we are mindful that even the smallest blessings and slowest progress deserve our gratitude.”

He signed the message, “chag sameach,” the Hebrew for “Happy Holiday.”

On April 18 Obama also marked “Education and Sharing Day,” a declaration presidents have issued since the Carter administration in honor of Rabbi Menachem Mendel Schneerson, the late leader of the Chabad Lubavitch movement.

Obama cited Schneerson’s “tireless devotion to extending access to education to more people — regardless of their gender or background.”

He cited among his presidency’s education initiatives expanding access to early childhood education and a proposal to make two years of community college free to those “who work for it.”

“The Rebbe’s lifetime of contribution imparts a reminder of the tremendous importance of making sure every child has the tools and resources they need to grow, flourish, and pursue their dreams,” Obama said in that statement.