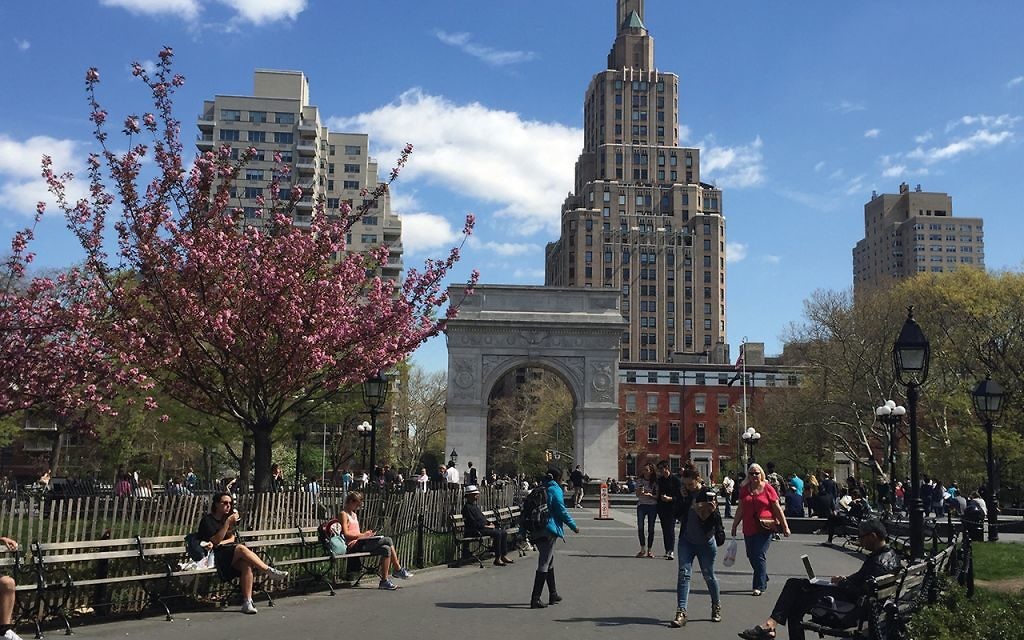 In the wake of an NYU graduate student union’s vote on a BDS resolution, the controversy has continued to intensify, with a group of students accusing UAW Local 2110, the union’s parent organization, of bending election rules to prevent pro-BDS students from running for office. A press release penned last week by the group claimed the UAW local “installed several leaders of the Zionist GSOC for Open Dialogue caucus as representatives.”

Although the Academic Workers for a Democratic Union-NYU (AWDU-NYU), a subgroup of the Graduate Student Organizing Committee (GSOC), later removed the word “Zionist” from the press release (“For clarification purposes,” a spokeswoman said), members of the AWDU-NYU continued the accusations on Facebook.

Ella Wind, a GSOC steward unit representative for AWDU-NYU, referred to the actions of the executive board of the United Autoworkers Union Local 2110, as a “blatant targeted removal of anti-Zionists from the ballot.”

“I’m pretty sure our union local UAW 2110 just attempted to disqualify over half of the candidates for elections on total bs and get the candidates they wanted through bypassing elections,” she wrote. “This is a f***ing union coup.”

Wind, who did not respond to requests for comment, later deleted these comments from her page.

Members of AWDU-NYU, including Wind, are heavily represented in the graduate student union leadership — of the 18 GSOC stewards, at least 11 publicly identify as AWDU members. AWDU has also openly endorsed GSOC for BDS, the caucus responsible for drafting the sweeping BDS referendum that was voted upon last week.

Now, both graduate students who oppose and support BDS are speaking out against what they consider an egregious display of unethical conduct on the part of AWDU and GSOC for BDS representatives.

“As a BDS supporter, I have always dismissed claims of anti-Semitism in the BDS movement,” Jacob Denz, a Ph.D. student in the Department of German and a GSOC steward, told the Jewish Week in a phone interview. “But after being confronted with this press release that so blatantly appeals to fantasies of Zionist conspiracy, I can no longer do so.”

Denz, who has supported BDS since his undergraduate years at Princeton, described the press release and further actions by AWDU-NYU members as “appalling.”

“I’ve been dealing with the AWDU-NYU leadership for years, so I have gotten used to a amount of dishonesty and lack of respect for the truth, but I really haven’t been this shocked by something maybe ever,” he said.

NYU faculty have also joined the fray. Rabbi Yehuda Sarna, executive director of the Bronfman Center for Jewish Student Life at NYU (who also teaches in at NYU Wagner) called the underhanded tactics of the self-described “militant” campus group, which operates as part of a larger national movement, is deeply concerning.

“A militant group conjuring up Zionist conspiracy theories is a dangerous situation,” he said.

Other faculty and staff have supported AWDU-NYU’s accusation. Andrew Ross, professor of social and cultural analysis, began circulating a petition among faculty members criticizing the UAW Local 2110 for “installing a slate of members to the executive body of GSOC by default.” The petition also supports the claim that UAW Local 2110 disqualified some candidates because of their support for BDS.

"Our graduate students struggled for more than a decade to have their own union," said Ross in an email. "NYU faculty have been particularly supportive of this struggle over the years, and so it was appropriate that a sizable number of faculty signed a petition in support of the students' right to take the BDS vote last week."

Maida Rosenstein, president of the UAW Local 2110, said the claims are “completely untrue” and added that she has been “taken aback” by the aggressive nature of the accusations. “It was always clear that the referendum on BDS was a completely separate issue,” she told The Jewish Week in a telephone interview. She clarified that certain previously presiding leaders in the student union were disqualified because they did not meet certain basic eligibility requirements under the UAW constitution, including never having paid dues to the union or not having signed a union membership card.

“Caucus affiliation and an individual’s political beliefs had absolutely nothing to do with what is a fundamental qualification for election,” she said. “Conflating it with the BDS referendum was a way to divert from the fundamental issue of whether it’s democratic to say people not in the union should make decisions for union membership.”

Additionally, she called faculty involvement “problematic” because as graduate student employers, professors should not interfere in internal union issues, she said.

Still, according to Maya Wind, an AWDU-NYU spokeswoman and a BDS activist, the UAW Local “unilaterally applied their eligibility requirements in a way inconsistent with past practice, disqualifying a large number of candidates,” many of whom were BDS supporters and members of AWDU.

GSOC held the elections last week despite contradictions with the UAW constitution; 38 percent of the union’s current membership of approximately 1,200 students voted. The AWDU caucus won by a landslide and the BDS motion passed with 66.5 percent of the vote.

The GSOC caucus for Open Dialogue on Israel and Palestine, a core group of 10 Jewish students who oppose BDS, will appeal the BDS vote to the UAW Local within the week, said Samuel Zerin, a Ph.D. candidate in the Graduate School of Arts and Science and a leading member of the caucus.

“The BDS resolution violates at least half a dozen clauses in the UAW International’s Constitution and Ethical Practice Codes,” he told The Jewish Week. He referenced a very similar case that took place at the University of California in December, in which the UAW International ruled that a BDS resolution introduced by a graduate student union was illicit. “There’s no reason why it shouldn’t rule the same way with regard to our own resolution.”

Ilana Ben-Ezra, another member of GSOC for Open Dialogue on Israel and Palestine, stressed that focusing on a highly divisive referendum only weakens the unity and bargaining power of the union. “If you want to discuss the Middle East, the right forum to do so is not in our union,” she said. “We’re here to fight for fair wages for NYU graduate students.”

NYU’s president, Andrew Hamilton, released a statement yesterday unequivocally condemning the graduate union boycott vote. “A boycott of Israeli academics and institutions is contrary to our core principles of academic freedom, antithetical to the free exchange of ideas, and at odds with the University’s position on this matter, as well as the position of GSOC’s parent union,” the statement reads. “NYU will not be closing its academic program in Tel Aviv, and divestment from Israeli-related investments is not under consideration.”

Still, the deeper issue at hand is not the BDS vote — a story that has been told with increasing frequency in recent years — but the actions of AWDU, which is part of a national movement, said Rabbi Sarna.

“If we have campus-related groups defining themselves as ‘militant,’ we’re headed for a very difficult situation,” he said. “The larger organized Jewish community needs to become aware of this situation. The story here is bigger — and scarier — than just another BDS vote.”