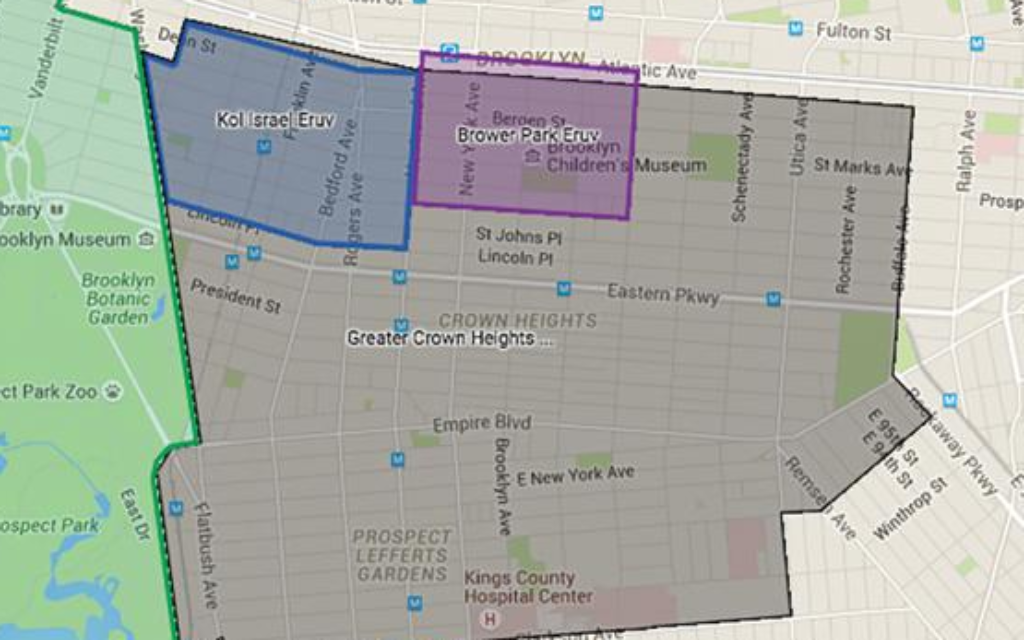 The NYPD is officially investigating the acts of vandalism against the Crown Heights eruv (ritual enclosure) as a hate crime, DNA Info reported today .

“It was at a religious site so the crime is being investigated by the Hate Crimes Task Force,” an NYPD spokesperson told the Jewish Week over the phone. “As of now there is no new information to report and no arrests have been made [in relation to the incident].”

The Forward reported today that they had access to stills from video surveillance footage circulating Crown Heights that seems to show people vandalising the eruv.

The Greater Crown Heights eruv, first erected at the end of last month, was found broken in several places in separate incidents of vandalism in the weeks since it was installed. An eruv is often built in areas with a high concentration of orthodox Jews to allow them to carry items on Shabbat within its boundaries.

Naftali Hanau, who serves on the eruv committee at Congregation Kol Israel, the local Modern Orthodox congregation supporting the Greater Crown Heights eruv, told Tthe Jewish Week in a recent interview that he and other community members are “shocked and appalled that this is happening and strongly condemn the vandalism.”

“It’s self-understood that the Rebbe’s decision is final, and it is forbidden for anyone to help or support in anyway [sic] whatsoever, the building of an eruv in our neighborhood,” Rabbi Osdoba wrote.

Without implicating the Chabad community directly, Hanau did say that the vandalism against the eruv “didn’t come out of nowhere.”

“Words lead to action,” Hanau said, “it's like that wink. The rabbis certainly aren't saying they should knock down the eruv, but if they say that if you use it you can't be trusted then where does that lead?”

Many in the Crown Heights Chabad community feel that the eruv was overstepping boundaries.
“We feel they’re infringing on our community,” a source within the Chabad community recently told The Jewish Week by phone.

The controversy has since spread beyond Crown Heights to the neighboring communities. The vandalism also affected Park Slope residents, who rely on the same eruv. (The Park Slope eruv is contiguous with the Greater Crown Heights eruv.)

“This hurt our community and could have led to a mass chilul Shabbat [desecration of the Sabbath],” the board of Congregation B’nai Jacob in Park Slope wrote in a recent statement.