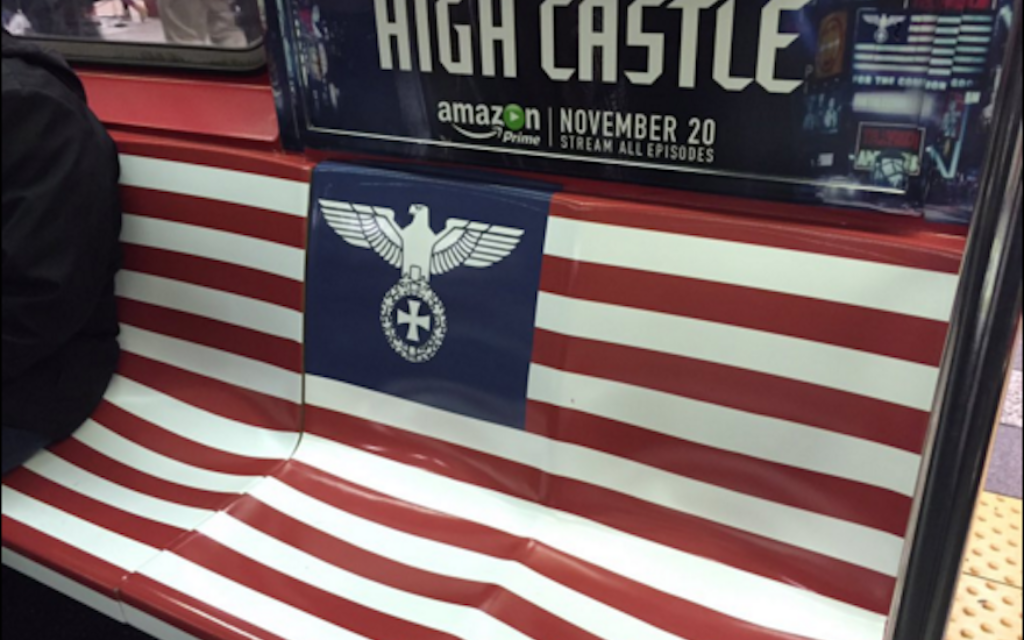 A New York City subway has been covered with the Nazi insignia in an ad promotion for a new Amazon series.

The Metropolitan Transportation Authority’s highly trafficked 42nd Street shuttle is covered in the Nazi and Imperial Japan insignias to promote “The Man in the High Castle,” a show that imagines an alternate history in which the Axis powers win World War II after exploding a nuclear device on Washington, D.C.

The 260 poster ads include the Nazi Reichsadler eagle but do not contain any swastikas.

The ad campaign will run until Dec. 14.

MTA instituted a policy in April that bans political ads from its subways and buses. Under the resolution, MTA permits only the display of commercial advertising, public service announcements and government messages on its buses and subways.

The Amazon ads do not violate this policy, an MTA spokesman told The Gothamist, which first reported the ad campaign.

“The updated standards prohibit political advertisements. Unless you’re saying that you believe Amazon is advocating for a Nazi takeover of the United States, then it meets the standards. They’re advertising a show,” MTA spokesman Adam Lisberg told The Gothamist.

“Half the seats in my car had Nazi insignias inside an American flag, while the other half had the Japanese flag in a style like the World War II design,” commuter Ann Toback, executive director of The Workman’s Circle, a Jewish organization, told The Gothamist. “So I had a choice, and I chose to sit on the Nazi insignia because I really didn’t want to stare at it. I shouldn’t have to sit staring at a Nazi insignia on my way to work.”