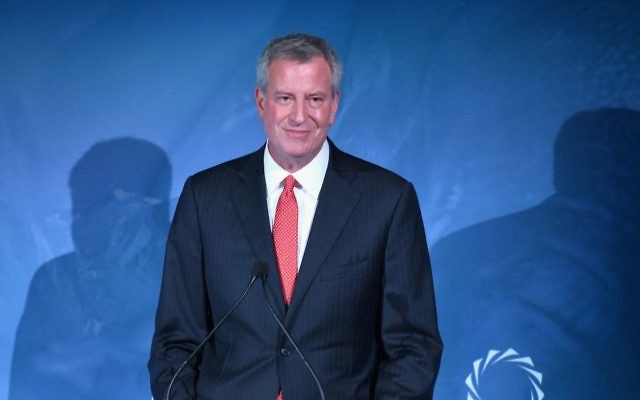 “The NYPD is adding security to this synagogue and others nearby,” the mayor said Sunday in a tweet which linked to a local article about the attack on the Chabad of Bushwick. “If you know anything about this incident, contact them immediately. New York City stands for tolerance and we will arrest anyone involved in anti-Semitic crimes. Attacks like this must stop,” the tweet also said.

The large plate glass window in the Chabad building was smashed by vandals as Rabbi Menachem Heller, his wife, and nine children sat around the Shabbat table on Friday night.

The rabbi walked across the street and asked some people to call 911 since they do not use their phones on the Jewish Sabbath, NBC New York reported. He then flagged down a police car.

The family saw two people walking away from the front of the building right after the window was smashed, according to the report.

In recent weeks there have been several attacks on identifiably Jewish men in Brooklyn.

The New York Police Department investigated 42 hate crimes through Feb. 4, compared with 19 at the same date last year. Most of those were anti-Semitic hate crimes, according to NBC NY.