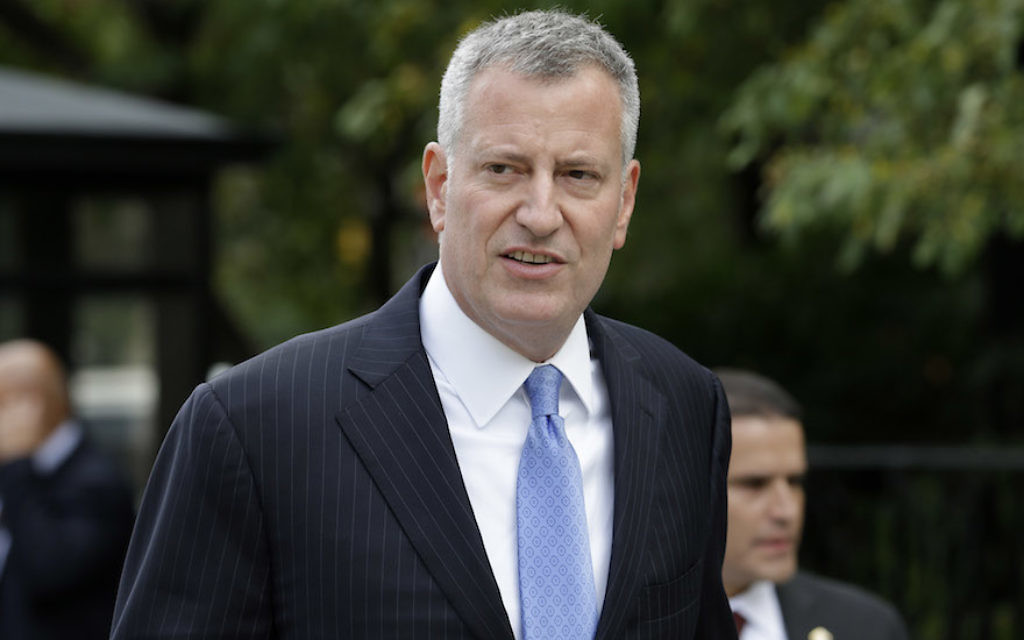 Speaking Saturday at the Hampton Synagogue on Long Island, de Blasio, a Democrat known as a progressive, said he plans to challenge “people who support BDS … who call themselves progressives,” JewishInsider reported.

The BDS movement, de Blasio said, “seeks to undermine the economy of the State of Israel and makes it harder for Israel to exist – therefore, renouncing the very notion that the Jewish people need a homeland in a still dangerous and unsettled world.”

“We in the United States, or in any nation, you can disagree with a particular government’s policy at that moment in time, but that doesn’t mean that you don’t believe in that nation, or its right to exist, or its founding ideals,” he said.

“Israel, in good times and bad, tough times and easier times, has been a beacon” to the world, de Blasio said. He noted its “many good works,” and when there are disasters in the world, “Israel is one of the first to be there in defense of those in need, regardless of their background regardless of [faith].”

De Blasio also remarked on how black-Jewish relations in the Crown Heights section of Brooklyn have improved dramatically since the riots there 25 years ago.

“Go to Crown Heights today,” he said. “Is it perfect? No. Are all the tensions gone? No.