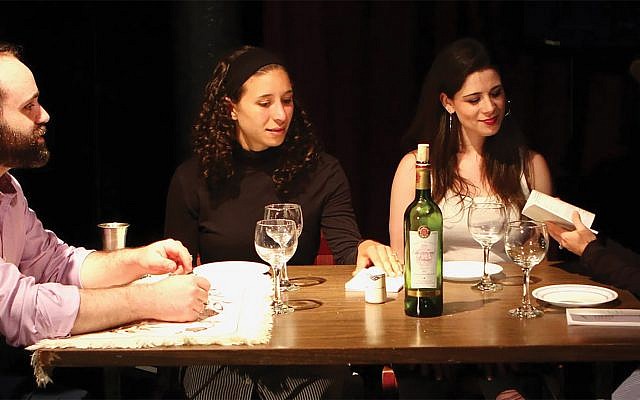 Flipping out: Trouble for a ba’al teshuvah in “Observance.” Sammy Tunis Photography

Gabby Goldblum is a hard-partying college student with anger-management issues. When she transfers her studies to Jerusalem, Gabby finds new meaning in Judaism and transitions full-throttle into a ba’al teshuvah, a non-religious Jewish person who becomes traditionally observant, returning to the faith, so to speak. Her new lifestyle creates a painful rift with her parents and boyfriend back home. Part of the NYC Fringe Festival. — Through Sunday, Oct. 21, 9:15 p.m., The FringeHUB, 685 Washington St. (corner of Charles Street; audience meets there before it is taken on a walk to the venue), observancetheplay.com.

Tal is the leader of a movement that, for a three-year stretch, turned Israel into one of the world’s most vegan countries. Her radical journey begins when she meets Tsvi, a neurotic, reclusive man who dreams of a worldwide vegan revolution and uses Tal as his charismatic, operational extension. Surprisingly, violent events and arrests turn them into cultural icons in the Jewish state. 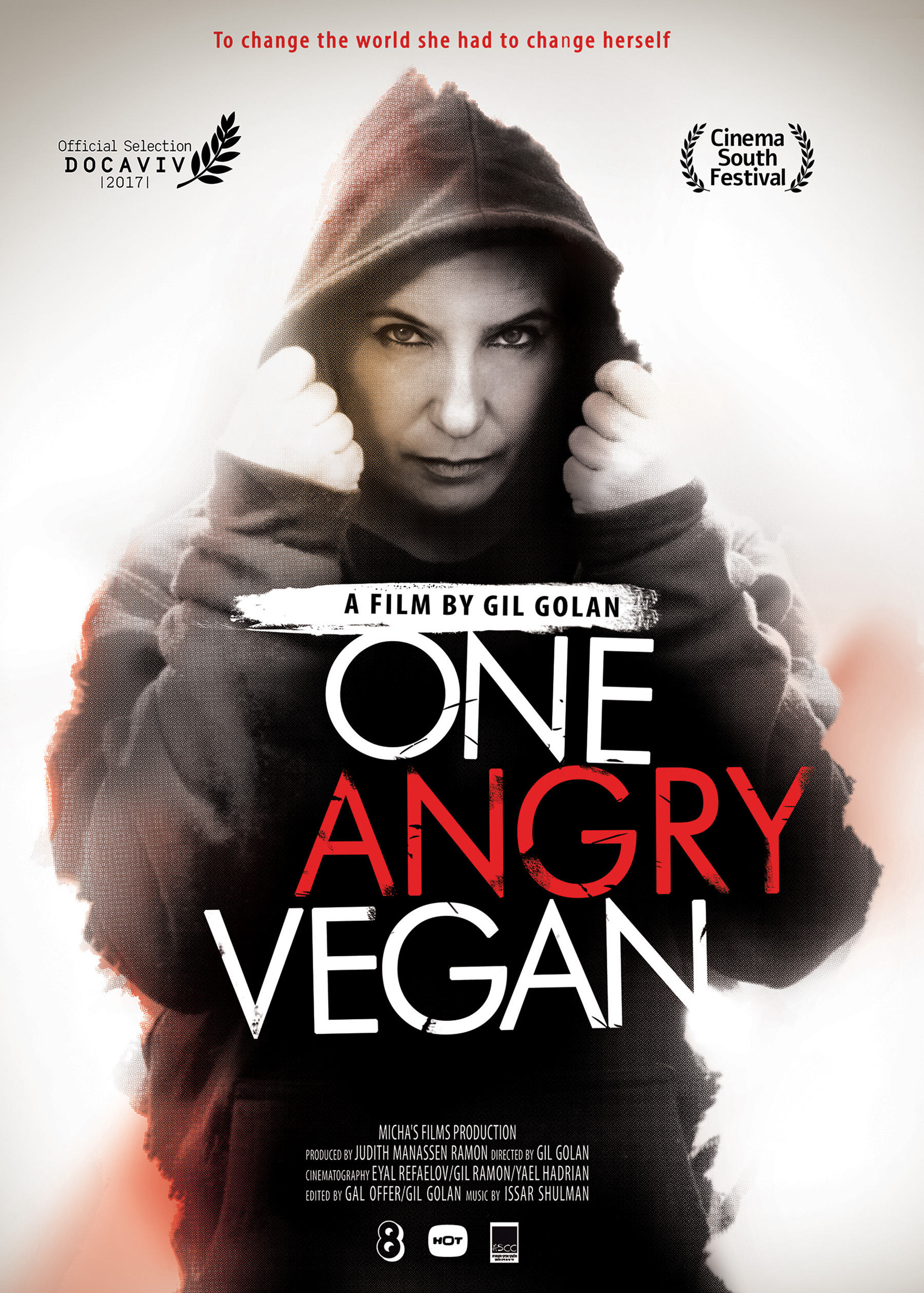 Eat your vegetables, or else!

An Israeli reservist gets an emergency recruitment phone call, and he returns home two weeks later, but the war returns with him. A true story about Israel’s particular brand of PTSD, written and performed in Hebrew by reservist Asi Tzobel. —  Sunday, Oct. 28, 2 p.m., Theatre Row, 410 W. 42nd St., (212) 239-6200, telecharge. 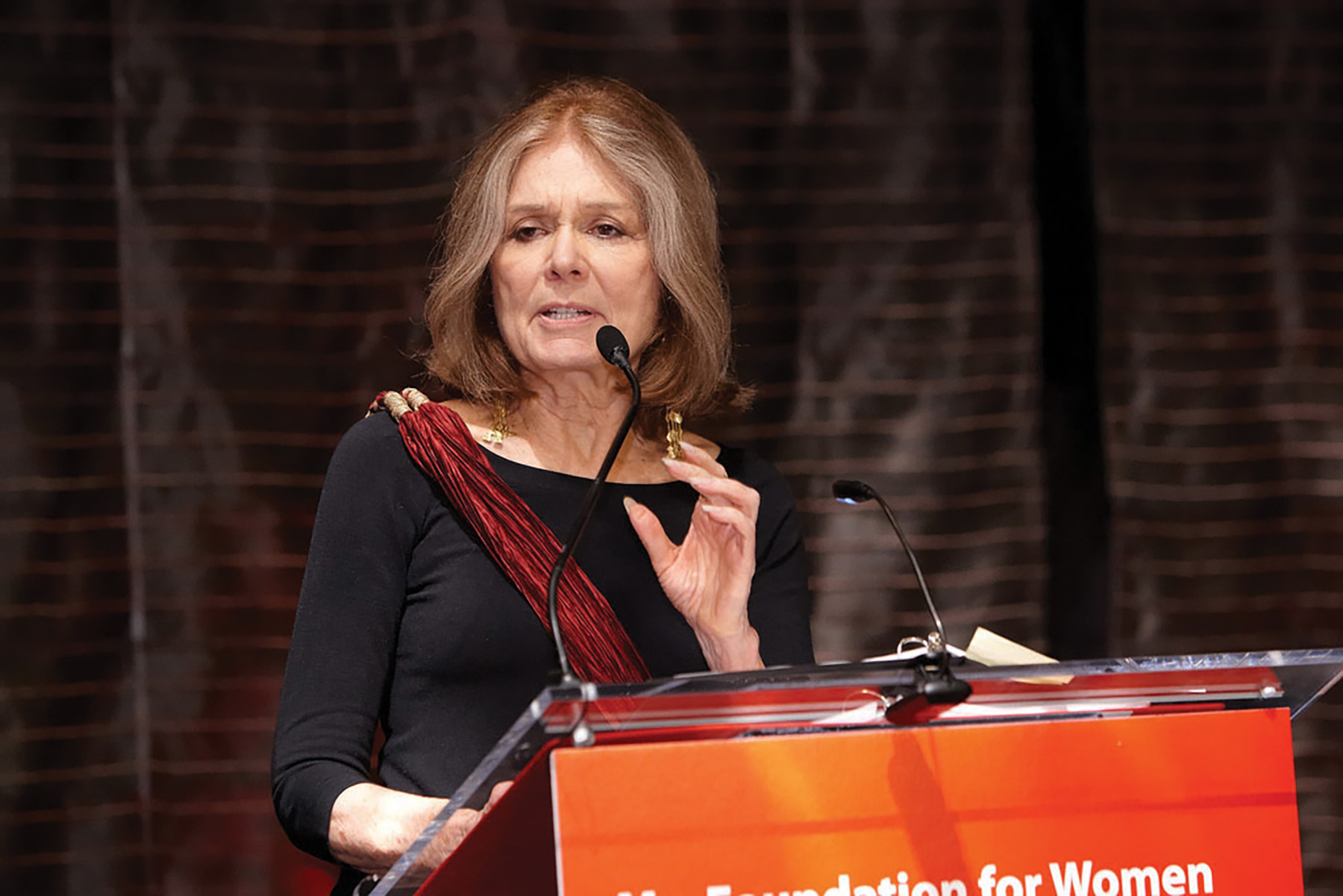 Gloria Steinem in 1977: A life of “convening and listening.” Lynn Gilbert/Wikimedia Commons

Five decades after Gloria Steinem began raising her voice for equality and championing those of others, her vision is as urgent as ever. The first act of this new show chronicles Steinem’s story, the second revolves around the making of the play about her and the third is a Talking Circle where audience members discuss the play’s themes. — Through January 2019, The Daryl Roth Theatre, 101 E. 15th St., (800) 745-3000, gloriatheplay.com. (See story here.)

Posted by Torch Song on Broadway on Sunday, 30 September 2018

Filmmaker Sarah Kamaras tells the stories of Holocaust survivors who were forced to flee their small Polish town of Podkamien and explores the history of her own family. Following the screening, Kamaras will be joined by Noah Lederman (author of “A World Erased: A Grandson’s Search for His Family’s Holocaust Secrets”) for a conversation about the “third generation.” — Monday, Oct. 22, 7 p.m., Museum of Jewish Heritage, 36 Battery Place, (646) 437-4202, mjhnyc.org.

KNOWLEDGE IS THE BEGINNING

Co-founded by pianist and conductor Daniel Barenboim and the late Palestinian-born author, literature professor and activist Edward Said, the West-Eastern Divan Orchestra — based in Seville, Spain — consists of 80 Arab and Israeli musicians, ages 13 to 26. The film follows the formation of the group and illustrates how prejudices are overcome during rehearsals, concerts and after-concert celebrations. — Wednesday, Oct. 24, 6:30 p.m., West End Synagogue, 190 Amsterdam Ave., (212) 579-0777, westendsynagogue.org.

As democratic institutions around the world reel from the eroding forces of inequality and intolerance, prize-winning journalist Bill Moyers reflects on the role of history and memory in preserving democracy and democratic institutions. — Monday, Oct. 22, 6:30 p.m., Center for Jewish History, 15 W. 16th St., (800) 838-3006, cjh.org.

THE MAN WHO MADE THE MOVIES

Leonard Bernstein’s eldest daughter, Jamie Bernstein, shares a rare and intimate look at her father on the centennial of his birth in her new memoir, “Famous Father Girl: A Memoir of Growing Up Bernstein.” Join her and Broadway performer Alexandra Silber (“Fiddler on the Roof”) for a conversation and a selection of the Maestro’s most famous songs. A book signing and reception follow. — Oct. 28, 2 p.m., Center for Jewish History, 15 W. 16th St., (800) 838-3006, cjh.org.

GOD IS IN THE CROWD 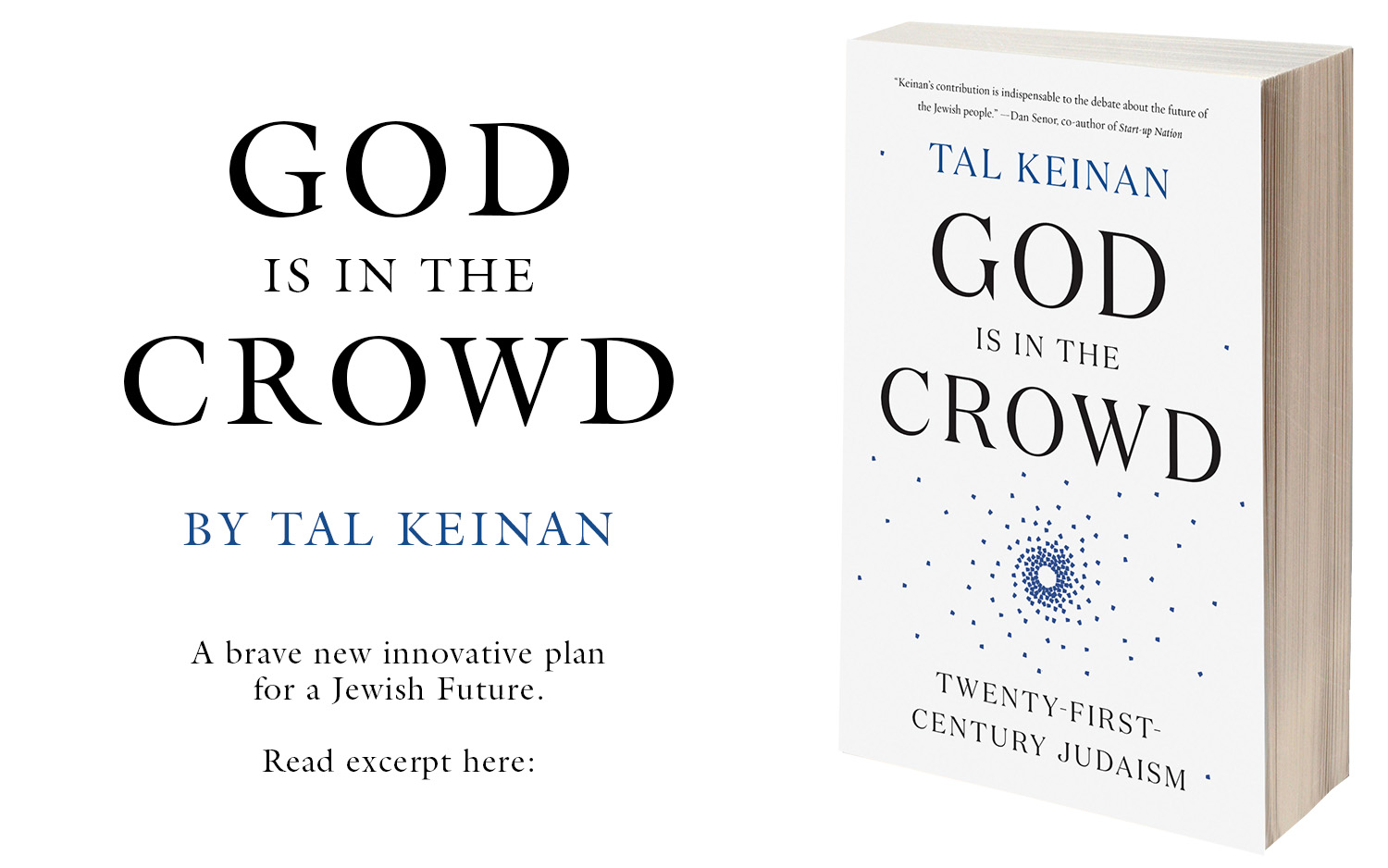 Latin American artistry is rich with Sephardi and Crypto-Jewish allusions and symbols. “Nosotros: Connecting the Latino and Jewish Communities,” now in its second edition, is a group show composed of pieces by Latino artists celebrating the shared history and culture of Jewish and Latino communities. — Center for Jewish History, 15 W. 16th St., (212) 294-8301, cjh.org.

Kicking off the fall season and exploring a little-known chapter in the history of modernity and the Russian avant-garde, The Jewish Museum’s new exhibit focuses on the People’s Art School (1918-1922), founded by Marc Chagall in his native city of Vitebsk (present-day Belarus). Featuring the works of three iconic figures — Marc Chagall, El Lissitzky and Kazimir Malevich — as well as works by lesser-known students and teachers of the Vitebsk school. — The Jewish Museum, 1109 Fifth Ave. (at 92nd Street), (212) 423-3200, thejm.org.

To publish events, submit them to jewishweekcalendar(at)gmail.com two weeks or more in advance. We cannot guarantee inclusion due to space limitations. Since scheduling changes may occur, we recommend contacting the venue before heading out to an event.