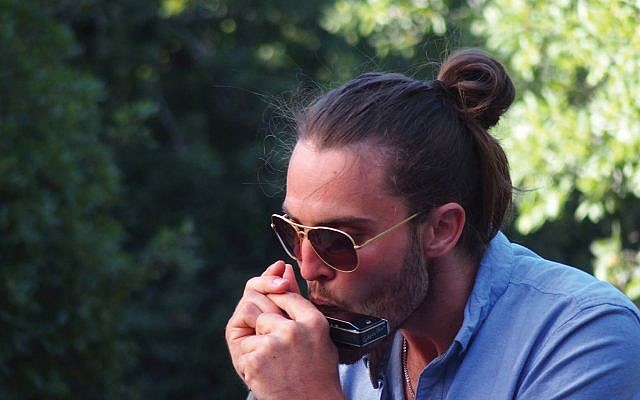 YOTAM BEN-OR QUARTET
Yotam Ben-Or, an Israeli-American harmonica player and composer who hit the jazz scene here in 2014, is traversing relatively uncharted waters (the great Toots Thielemans, aside) by placing the mouth harp front and center in his jazz quartet — with piano, bass and drums all playing second fiddle, so to speak. Inspired by Israeli folk songs and rooted in the jazz idiom, Ben Or’s compositions are highly melodic and often wistful, an emotion his harmonica is particularly suited for. With Abriel Chakarji on piano, Alon Near on bass and Noam Israeli on drums. — Tuesday, Nov. 20, 11 p.m., Rockwood Music Hall, 196 Allen St., (212) 477-4155, rockwoodmusichall.com. 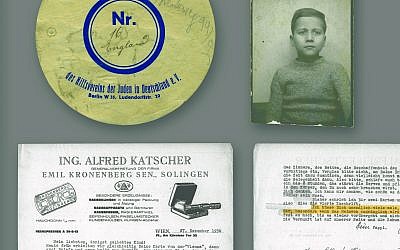 Just weeks after Kristallnacht (Nov. 9-10, 1938), the first group of Jewish refugee children arrived in the United Kingdom. The Leo Baeck Institute and the Yeshiva University Museum launch an exhibition exploring this remarkable effort, one that saved some 10,000 children, many of whom never saw their parents again. — Opens Monday, Nov. 26, 6 p.m., Center for Jewish History, 15 W. 16th St., (800) 838-3006, cjh.org.

Some filmmakers change cinema; others change consciousness. Celebrating the work of iconic filmmaker Claude Lanzmann, Quad Cinema presents a retrospective of his works. Alongside daily screenings of his newly released “Shoah: Four Sisters,” a four-part series comprised of interviews with women from four different areas of Eastern Europe, the retrospective includes “Israel, Why,” Lanzmann’s first documentary, which carries insights into what it meant to be Israeli during the country’s first 25 years of statehood (Friday, Nov. 16, 6:35 p.m.); “The Last of the Unjust,” a film built around the recollections of Benjamin Murmelstein, a rabbi in Czechoslovakia’s Theresienstadt ghetto concentration camp, who managed to effect escapes while spending years in daily contact with Adolf Eichmann (Monday, Nov. 19, 6:35 p.m.); and “Tsahal,” Lanzmann’s  in-depth examination of the Israel Defense Forces and what the army demonstrates about Israel’s national identity (Sunday, Nov. 18, 1 p.m.). —Through Nov. 20, Quad Cinema, 34 W. 13th St., (212) 255-2243, quadcinema.com.

The great 19th-century Jewish female tragedian returns to the stage in Theresa Rebeck’s new play, in which the scenery-chewing actress takes on the role of the Danish prince. Janet McTeer, who won a Tony playing Nora in “A Doll House,” stars. — American Airlines Theatre, 227 W. 42nd St., (212) 719-1300, roundabouttheatre.org. $49-$109.

GLORIA: A LIFE
Five decades after Gloria Steinem began raising her voice for equality and championing those of others, her vision is as urgent as ever. The first act of this new show chronicles Steinem’s story, the second centers on the making of the play and the third is a Talking Circle where audience members get their say. — Through January 2019, The Daryl Roth Theatre, 101 E. 15th St., (800) 745-3000, gloriatheplay.com.

FIDDLER IN YIDDISH
Directed by Oscar- and Tony Award-winner Joel Grey, a rich Yiddish translation by the late Shraga Friedman adds new depth and dimension to the iconic musical, and it has gotten raves. Presented by National Yiddish Theatre Folksbiene. — Through Dec. 30, Museum of Jewish Heritage, 36 Battery Place, (866) 811-4111, mjhnyc.org.

SHOAH: FOUR SISTERS, PARTS 3-4
In the wake of his landmark 1985 documentary, “Shoah,” filmmaker Claude Lanzmann made several films that could be considered its satellites, comprised of interviews conducted in the 1970s that did not make it into the final cut. In the last years of his life, Lanzmann created “Four Sisters,” a four-part series about four women from four different areas of Eastern Europe. Survivors of unimaginable Nazi horrors, they tell their individual stories and become crucial witnesses to the barbarism they experienced. Screening parts three and four, “Noah’s Ark” and “Baluty.”  — Friday, Nov. 16, 1:30 p.m., Symphony Space, 2537 Broadway, (212) 864-5400, symphonyspace.org.

THE AFTERLIVES OF SHABBATAI ZVI 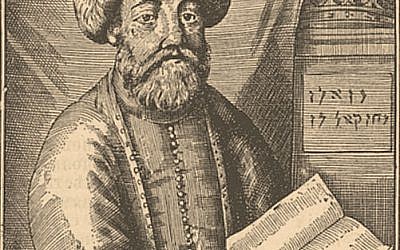 OPEN YOUR HAND
Fifteen years into a successful career as a college professor, Ilana Blumberg encountered a crisis in the classroom that sent her back to the most basic questions about education and prompted a life-changing journey, ultimately taking her from East Lansing, Mich., to Tel Aviv.  With Professor Ari Goldman, Blumberg discusses her insights regarding how to remain true to a community of origin while being a national and global citizen. — Monday, Nov. 19, noon, Institute for Israel and Jewish Studies, Columbia University, 1140 Amsterdam Ave., iijs.columbia.edu.

Brooklyn yeshiva-educated Martha Rosler is considered one of the strongest and most resolute artistic voices of her generation. (She has said that her Jewish education inspired her politics.) She skillfully employs diverse materials to address pressing matters of her time, including war, gender roles, gentrification, inequality and labor. From her feminist photomontages of the 1960s and ’70s to her large-scale installations, Rosler’s work reflects and enduring and passionate vision. — Through March 3, 2019, The Jewish Museum, 1109 Fifth Ave. (at 92nd St.), (212) 423-3200, thejm.org.

NOSOTROS 2.0
Latin American artistry is rich with Sephardi and Crypto-Jewish allusions and symbols. “Nosotros: Connecting the Latino and Jewish Communities,” now in its second edition, is a group show composed of pieces by Latino artists celebrating the shared history and culture of Jewish and Latino communities. — Center for Jewish History, 15 W. 16th St., (212) 294-8301, cjh.org.

CHAGALL, LISSITZKY, MALEVICH
Kicking off the fall season and exploring a little-known chapter in the history of modernity and the Russian avant-garde, The Jewish Museum’s new exhibit focuses on the People’s Art School (1918-1922), founded by Marc Chagall in his native city of Vitebsk (present-day Belarus), featuring the works of three iconic figures — Marc Chagall, El Lissitzky and Kazimir Malevich — as well as works by lesser-known students and teachers of the Vitebsk school. — Through Jan. 6, 2019, The Jewish Museum, 1109 Fifth Ave. (at 92nd St.), (212) 423-3200, thejm.org.