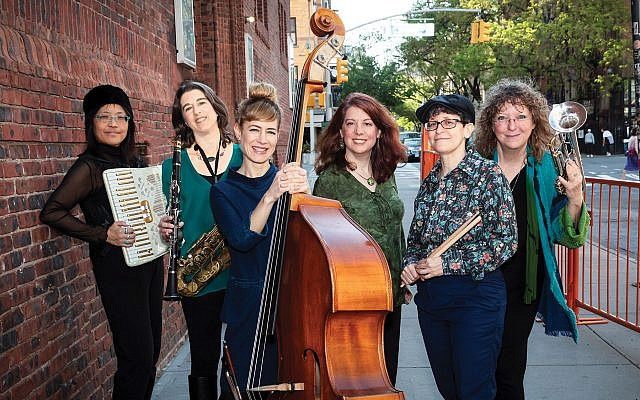 THE RESCUE
In 1942, Col. José Arturo Castellanos, the Salvadoran consul general, led the movement to save thousands of European Jews during the Holocaust by creating and distributing more than 13,000 Salvadoran citizenship papers. Told through the eyes of his grandchildren, this documentary, which is having its U.S. premiere, will be accompanied by a live, six-piece Latin chamber orchestra and will be followed by a conversation with the filmmakers and the colonel’s grandsons, Alvaro and Boris Castellanos. — Thursday, March 14, 7 p.m., Museum of Jewish Heritage, 36 Battery Place, (646) 437-4202, mjhnyc.org.

THE BEST OF ENEMIES 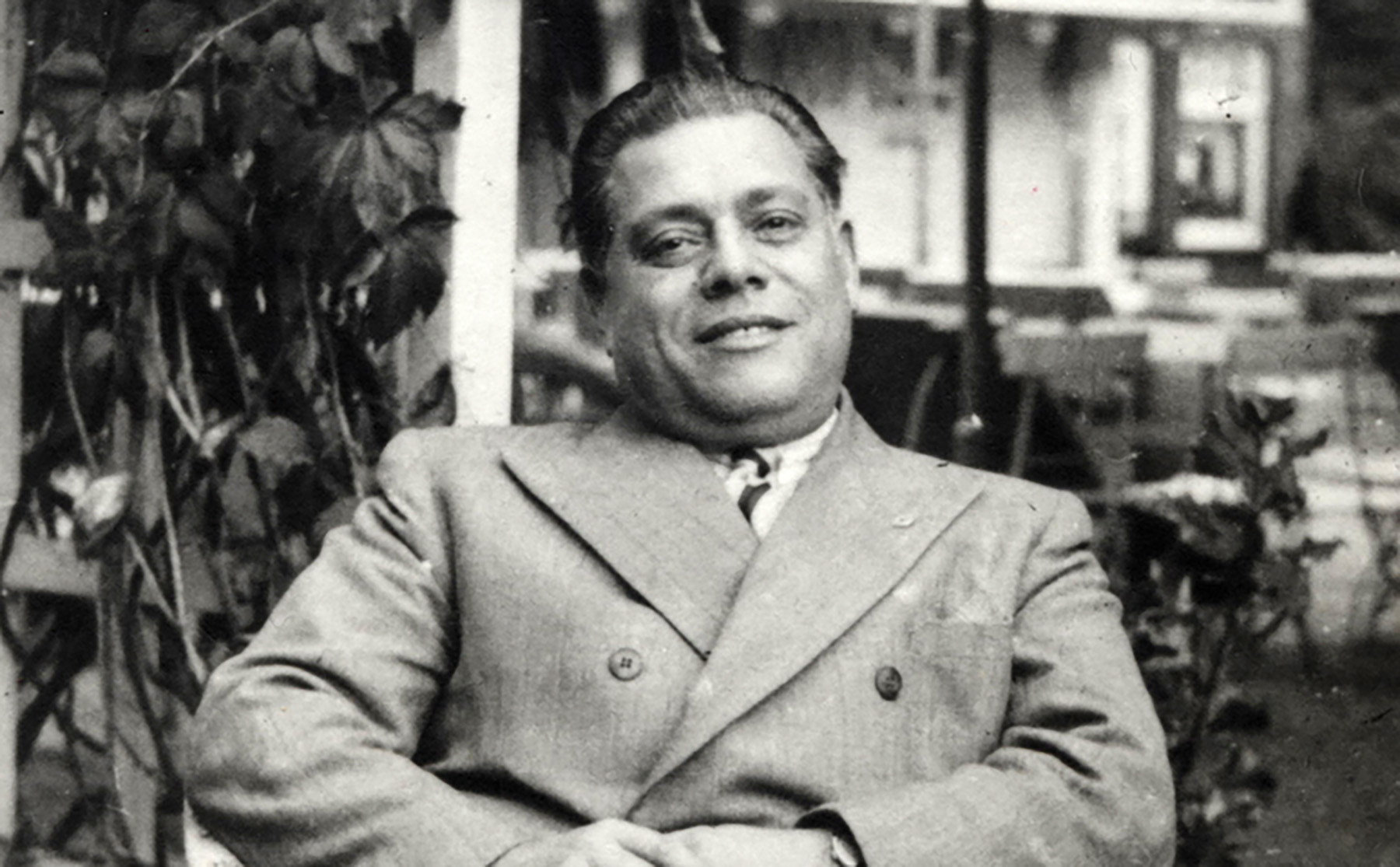 Based on a true story, the film “The Best Of Enemies,” about the school desegregation struggle in Durham, N.C., centers on the extraordinary relationship between Ann Atwater (Taraji P. Henson), a fearless and outspoken civil rights activist, and C.P. Ellis (Sam Rockwell), a local Ku Klux Klan leader. Through an unlikely series of events in 1971, these two natural enemies formed an unexpected friendship, which ultimately led to the Save Our Schools effort and large-scale social change. (Jews had long been part of the effort; as early as 1955 the North Carolina Association of Rabbis passed a resolution calling for rapid integration of the public schools.) The screening will be followed by a discussion with Academy Award-nominee Henson, writer/director/producer Robin Bissell and producers Matt Berenson and Dominique Telson. Rabbi Joshua M. Davidson moderates. — Monday, March 18, 6:30-9:30 p.m., Temple Emanu-El Streicker Center, 1 E. 65th St., (212) 507-9580, emanuelstreickernyc.org.

YIDDISH FIDDLER, OFF BROADWAY
“Fiddler” in Yiddish, the unexpected runaway hit that both delighted and choked up audiences at the Museum of Jewish History, is now Off-Broadway. Directed by the acclaimed Joel Grey, a rich Yiddish translation by the late Shraga Friedman adds new depth to the iconic musical. With English and Russian supertitles. — Stage 42, 422 W. 42nd St., (212) 239-6200, Telecharge.com.

DECADANCE/CHICAGO
First choreographed in 2000 and recreated every decade since with different iterations, Ohad Naharin’s “Decadance” weaves together segments from his past creations, remaking them into a new work. Naharin, former artistic director of Israel’s Batsheva Dance Company, is one of the country’s leading cultural exports. His latest installment of the work, called “Decadance/Chicago” and performed by the highly acclaimed Hubbard Street Dance Chicago troupe, features remixed segments from such works as “Anaphase” (1993), “Naharin’s Virus” (2001), “Telophaza” (2006), “Seder” (2007) and “Sadeh21” (2011). — Through Sunday, March 10, Joyce Theater, 175 Eighth Ave.,  joyce.org.

THE NUMBER ON GREAT-GRANDPA’S ARM

When 10-year-old Elliott asks his 90-year-old great-grandfather, Jack, about the number tattooed on his arm, he sparks an intimate conversation about Jack’s life; the arc of that story spans happy memories of childhood in Poland, the loss of his family, surviving Auschwitz and finding a new life in America. Directed and produced by Emmy-winner Amy Schatz, the short film weaves haunting historical footage and hand-painted animation. — Wednesday, March 13, 6:30-9 p.m., Temple Emanu-El Streicker Center, 1 E. 65th St., (212) 507-9580, emanuelstreickernyc.org.

KING BIBI
Relying solely on archival footage of his media performances over the years, “King Bibi” explores Israeli Prime Minister Benjamin Netanyahu’s rise to power, from his days as a popular guest expert on American TV, through his public confession of adultery, to a controversial figure whom some perceive as Israel’s savior, and others as a cynical politician who will stop at nothing to retain his power. —  Tuesday, March 19, 7-9 p.m., Marlene Meyerson JCC Manhattan, 334 Amsterdam Ave., (646) 505-4444, jccmanhattan.org.

AL NAHAROT BAVEL
The ARTEK and Parthenia ensembles perform music by Jewish composers of the Renaissance and Baroque. Madrigals, fantasies and more by Italy’s Salomone Rossi and the Lupo and Bassano musical dynasties in England. The concert will be preceded with an introduction by historian Jody Hirsh. — Sunday, March 10, 3:15 p.m. pre-concert talk, 4 p.m. concert, Center for Jewish History, 15 W. 16th St., (212) 294-8301, cjh.org.

Acclaimed Israeli singer, keyboardist and producer Idan Raichel is credited for almost singlehandedly revolutionizing mainstream Israeli music. His Idan Raichel Project, a collection of cross-cultural collaborations, pioneered fusing contemporary pop with traditional Arab and Ethiopian music, creating a sound that is today considered a hallmark of Israel’s pop/rock scene. His most recent album, “At the Edge of the Beginning,” finds him in a solo setting. Tickets are sold out, but there are still spots on the waiting list. — Sunday, March 17, 4 p.m. doors, 5 p.m. start, City Winery, 155 Varick St., (212) 608-0555, citywinery.com.

BEYOND THE WOMEN’S SECTION
For over 40 years, poet Rosa Lebensboym (pen name Anna Margolin) made her living as a journalist. In this talk, Ayelet Brinn explores Lebensboym’s life and career, and what they reveal about the roles female journalists played in the development of the American Yiddish press. — Wednesday, March 13, 3 p.m., YIVO Institute for Jewish Research, 15 W. 16th St., yivo.org/Beyond-the-Womens-Section.

HATE
Marc Weitzmann, an award-winning journalist and the author of “Hate: The Rising Tide of Anti-Semitism in France,” discusses the history and present crisis of anti Semitism in France — and its dire message for the rest of the world. He will discuss the topic with The New Yorker’s Philip Gourevitch. — Wednesday, March 13, 7 p.m., 92nd Street Y, 1395 Lexington Ave., 92y.org.

SPEAK TORAH TO POWER
Rabbi Sharon Kleinbaum tells the unlikely story of how, in one community, it became an essential part of Muslim prayer to be surrounded by the love of gay Jews, and how one straight imam found himself becoming a featured speaker in New York’s LGBT Pride parade. — Wednesday, March 13, 7 p.m., Symphony Space, 2537 Broadway, (212) 864-5400, symphonyspace.org.

AN EVENING WITH AMBASSADOR NIKKI HALEY
The former U.S. ambassador to the United Nations, who became a darling of the organized Jewish community with her spirited defense of Israel in what some consider a body biased against the Jewish state, discusses current events.  — Tuesday, March 12, 8 p.m., Temple Emanu-El Streicker Center, 1 E. 65th St., (212) 507-9580, emanuelstreickernyc.org. $125 general admission; $600 VIP includes reception at 6:30 and reserved seating.

SOL
Israeli-American artist Daniel Rozin probes the relationship between the function of natural and mechanical structures. The exhibited works employ a combination of custom software and organic materials to mimic and interact with the viewer’s body in space. — Through March 17, Bitforms Gallery, 131 Allen St., (212) 366-6939, bitforms.art.