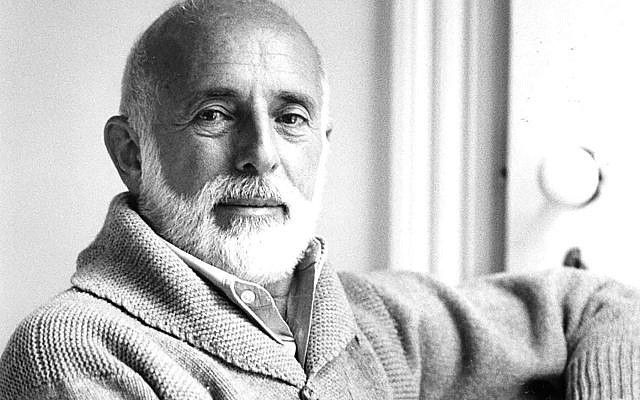 Jerome Robbins is the subject of a March 21 NYPL program. Facebook

POPPA PIECE
City Ballet’s Jerome Robbins (originally Rabinowitz) — who conceived and choreographed the musical “West Side Story” and tackled Jewish folklore memorably in the 1974 ballet “Dybbuk” — was a pioneering figure in dance. “Poppa Piece,” his never-produced autobiographical theater piece, was born in the twilight of his career, in the early 1990s. Hidden away at his Bridgehampton beach home and cloistered in private rehearsal studios, Robbins attempted to construct a self-portrait detailing his Jewish immigrant heritage. For this program on “Poppa Piece,” the New York Public Library presents a collage of rarely heard private audio recordings, rehearsal footage, musical numbers and recitations of Robbins’ private journals and diaries. Part of Carnegie Hall’s festival “Migrations: The Making of America.” — Thursday, March 21, 6 p.m., NYPL for the Performing Arts, 40 Lincoln Center Plaza, (917) 275-6975, nypl.org.

A JEWISH JOKE
In this new Off-Broadway “drama about comedy,” Bernie Lutz is a curmudgeonly Jewish comedy screenwriter from MGM who comes up against the Communist blacklist in 1950s Hollywood. He has to decide what’s more important — his friends or his livelihood. Armed with stories about the great era of Jewish humor, this dramedy relives and laughs about one of America’s darkest moments of the mid-20th century. — Through Sunday, March 31, Lion Theatre @ Theatre Row, 410 W. 42nd St., telecharge.com 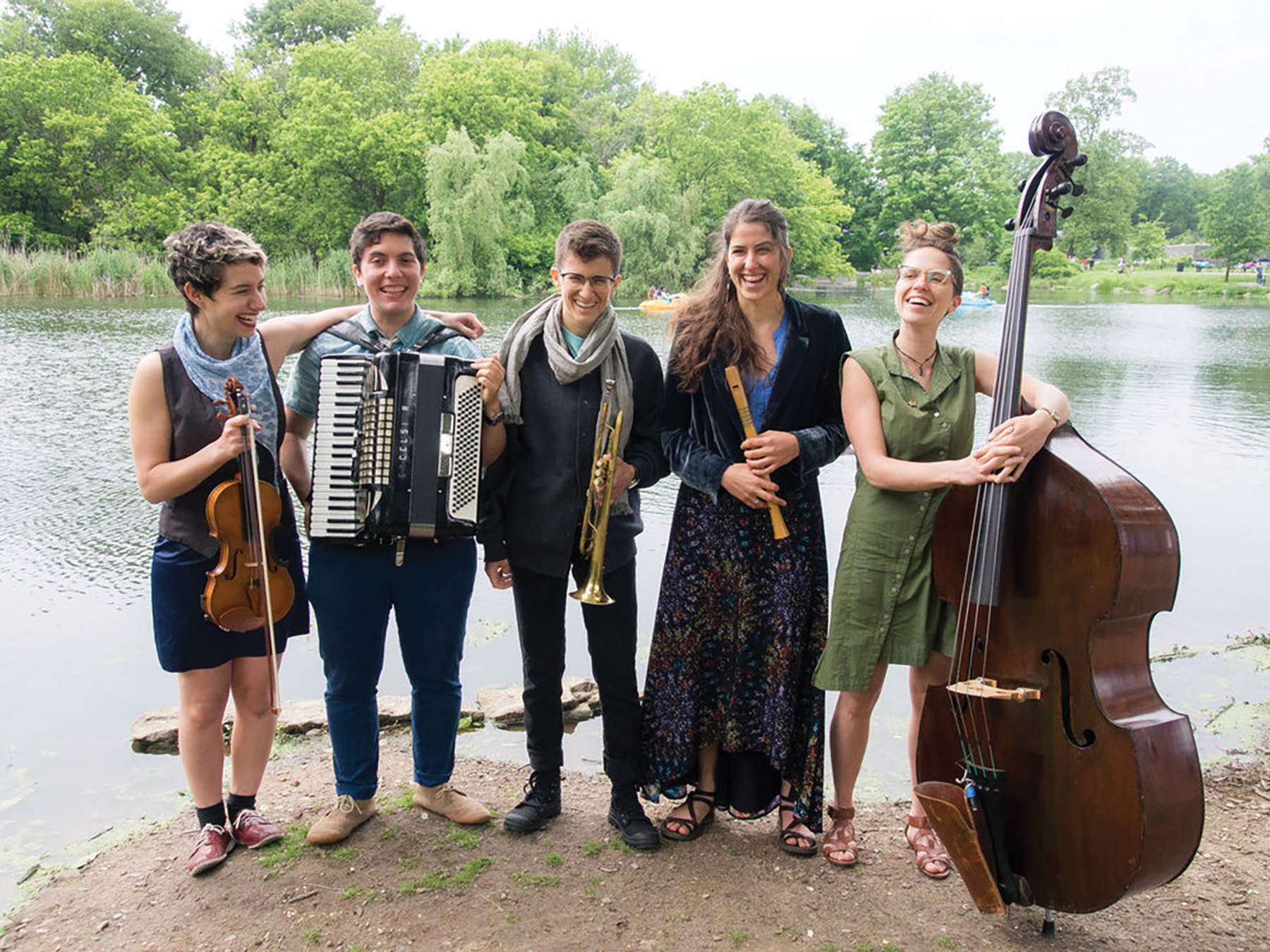 The Folksbiene is taking the standard Purim party to a new level. A reading of Megiles Ester in Yiddish (with English subtitles) will be followed by a dance party, featuring the Brooklyn-based neo-klezmer band Tsibele (Yiddish for onion). Exploring the limits of the klezmer idiom through improvisation and edgy fusions, this all-female quintet draws upon the wild soundscapes of Moldovan and Bessarabian folk music, moving from 16th-century wedding songs to electronic house tracks. Steven Lee Weintraub, an acclaimed teacher, choreographer and performer of Jewish dance, leads the tanz. —  Wednesday, March 20, 7 p.m., Museum of Jewish Heritage, 36 Battery Place, (646) 437-4202, NYTF.org 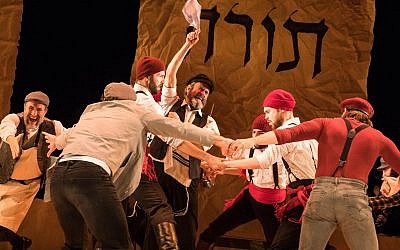 “Fiddler” in Yiddish, the unexpected runaway hit that both delighted and choked up audiences at Museum of Jewish History, is now Off-Broadway. Directed by the acclaimed Joel Grey, a rich Yiddish translation by the late Shraga Friedman adds new depth to the iconic musical. With English and Russian supertitles. — Stage 42, 422 W. 42nd St., (212) 239-6200, Telecharge.com.

THE BEST OF ENEMIES

KING BIBI
Relying solely on archival footage of his media performances over the years, “King Bibi” explores Israeli Prime Minister Benjamin Netanyahu’s rise to power, from his days as a popular guest expert on American TV, through his public confession of adultery, to a controversial figure whom some perceive as Israel’s savior, and others as a cynical politician who will stop at nothing to retain his power. —  Tuesday, March 19, 7-9 p.m., Marlene Meyerson JCC Manhattan, 334 Amsterdam Ave., (646) 505-4444, jccmanhattan.org.

THE NEW YORK SEPHARDIC JEWISH FILM FESTIVAL
The NY Sephardic Jewish Film Festival, now in its 22nd run, features a multitude of documentaries and narrative films about the history, traditions, and rich mosaic culture of the greater Sephardic communities. For a detailed schedule visit www.nysephardifilmfestival.org . — Through March 20, Center for Jewish History, 15 W. 16th St., nysephardifilmfestival.org. Below are a few selected films:

Eliran Malka’s directorial debut is a close-to-reality account of the founding of Shas, the Sephardi charedi political party. This dramatic underdog-turned-kingmaker story exposes the injustice and discrimination that Shas sought to challenge. Followed by Q&A with director Eliran Malka. — Sunday, March 17, 7 p.m.

THE LOST CROWN
Billed as “A Syrian Sephardi Thriller,” the documentary tells the story of The Aleppo Codex, aka The Crown, considered the most accurate and valuable edition of the Hebrew Bible. After being safeguarded for seven centuries by the Syrian Sephardic community of Aleppo, more than a third of its pages disappeared when it was smuggled to Israel in 1957. Filmmaker Avi Dabach tells the gripping story. — Saturday, March 16, 9 p.m.

The Israeli world music star, sans his Project, plays a solo piano show that is expected to feature selections from his recent solo recording, “At the Edge of the Beginning.” Sold out but there are spots on the waiting list. — Sunday, March 17, 4 p.m. doors, 5 p.m. start, City Winery, 155 Varick St., (212) 608-0555, citywinery.com.