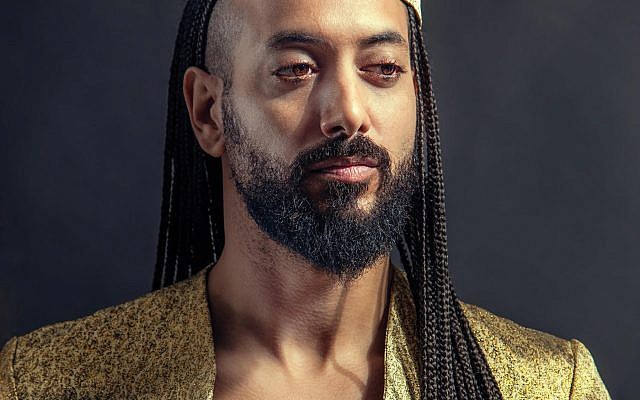 WHO WILL WRITE OUR HISTORY?

When Roberta Grossman spoke to The Jewish Week last month just before “Who Will Write Our History” played the N.Y. Jewish Film Festival, she opened our eyes with this comment: “I’ve spent a great part of my now long life reading and learning about the Holocaust … but I never heard of Oyneg Shabes. Their story is the most important unknown story of the Holocaust.” Emanuel Ringelblum secretly led the team of writers and intellectuals to record and archive the vibrant Jewish culture in the Warsaw Ghetto shortly after the Nazis took over. What resulted was a startlingly deep and diverse portrait of European Jewish life. The film, in English, Yiddish and Polish with English subtitles, leans on archival footage and detailed re-enactments. — Through Feb. 21, Quad Cinema, 34 W. 13th St., (212) 255-2243, quadcinema.com.

Daniel Gwirtzman — producer, director, educator, filmmaker and dancer — marks 20 years as a New York choreographer and company director. His diverse repertory has earned praise for its humor, stylistic versatility, musicality, charisma and accessibility. “Mr. Gwirtzman does know that in dance less can be more. And that’s a good thing for any choreographer to know,” wrote The New York Times. The New Yorker described him as a choreographer of “high spirits and skill.” Gwirtzman sifts through two decades of repertory (“Tribe,” “The Oracle,” etc.) for this anniversary show.  — Friday-Saturday, Feb. 22-23, 8 p.m., 92nd Street Y, 1395 Lexington Ave., 92y.org.

YIDDISH FIDDLER, OFF BROADWAY
“Fiddler” in Yiddish, the unexpected runaway hit that both delighted and choked up audiences at the Museum of Jewish History is now Off-Broadway. Directed by the acclaimed Joel Grey, a rich Yiddish translation by the late Shraga Friedman adds new depth to the iconic musical. With English and Russian supertitles. — Stage 42, 422 W. 42nd St., (212) 239-6200, Telecharge.com.

Paul Mazursky mined his own past for this warm 1976 comedy/drama set in the Village circa 1953, when it was a bohemian mecca for self-invention. Starring Lenny Baker as an aspiring actor arriving from Brooklyn, Ellen Greene as a love interest and Shelley Winters as his smothering mother. With Jeff Goldblum in his breakout role. — Sunday, Feb. 17, Quad Cinema, 34 W. 13th St., quadcinema.com.

When Goebbels declared Berlin “Judenfrei” (free of Jews) in 1943, little did the German government know that roughly 7,000 Jews were still living in the capital, hiding in plain sight. Combining documentary interviews with powerful dramatizations, this film tells the stories of four of these survivors. — Through Feb. 21, Quad Cinema, 34 W. 13th St., (212) 255-2243, quadcinema.com.

KAROL RATHAUS
Seven distinguished New York musicians perform chamber music by Jewish composer Karol Rathaus, who died in 1954. The concert will be followed by a discussion with American Symphony Orchestra conductor Leon Botstein and Michael Hass, about Rathaus and his circle, whose promising careers were derailed by the Nazis. — Thursday, Feb. 21, 7:30 p.m., Center for Jewish History, 15 W. 16th St., (212) 294-8301, cjh.org.

TO CREATE A WORLD

Andrea Miller, inventive choreographer and artistic director of the Israeli dance troupe Gallim, presents the world premiere of “To Create a World.” The movement language in the ambitious piece takes audiences from a pre-human past to a post-human future. — Through Sunday, Feb. 17, The Joyce Theatre, 175 Eighth Ave., (212) 242-0800, joyce.org.

HOW TO FIGHT ANTI-SEMITISM
New York Times columnist Bari Weiss has become known for her insightful, passionate columns about the resurgence of anti-Semitism. What she most often hears from readers is: What can we do about it? — Monday, Feb. 25, 7 p.m., Temple Emanu-El Streicker Center, 1 E. 65th St., (212) 507-9580, emanuelstreickernyc.org.