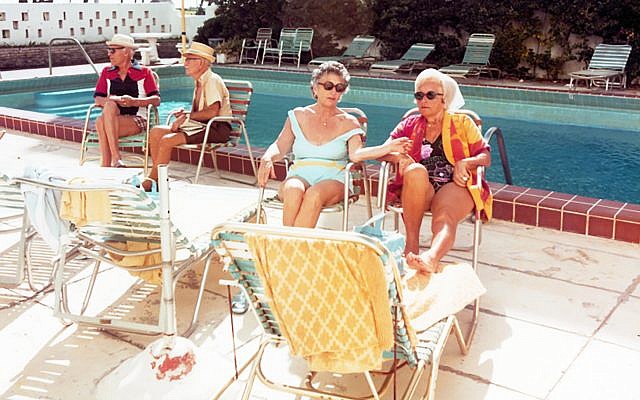 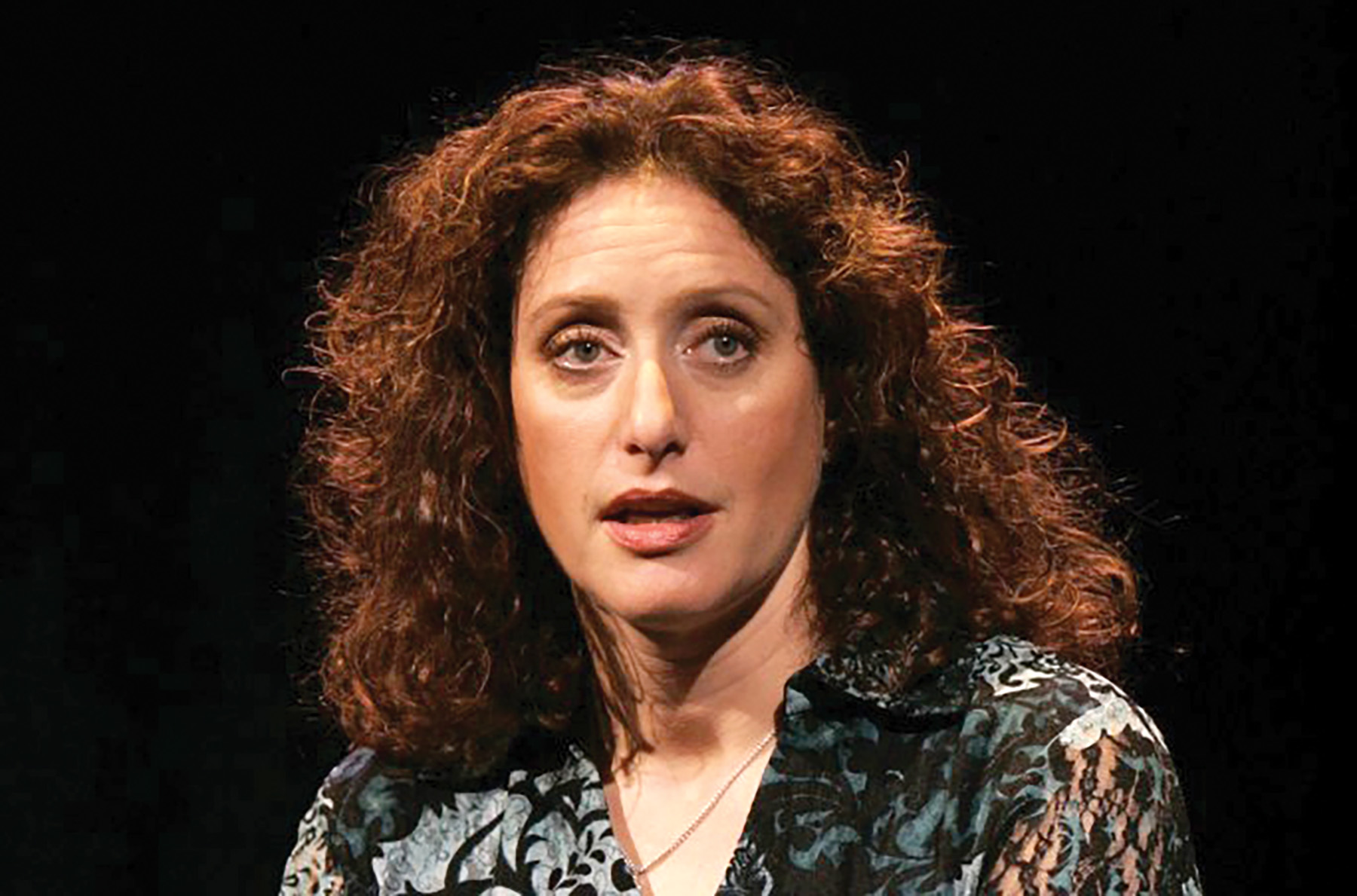 Judy Gold shticks it up at Carolines. Wikimedia Commons

Emmy Award-winning actress and comedian Judy Gold discusses being Jewish on Christmas. She also talks about her Jewish relatives, kids, partners and sex life (or lack thereof). Acclaimed for her one-woman play “25 Questions for a Jewish Mother,” Gold has been described as “an underappreciated gem of the New York comedy scene” by The New York Times. — Sunday, Dec. 23, 7:30 p.m., Caroline’s on Broadway, 1626 Broadway, (212) 757-4100, carolines.com. $27-$103.

Before the arrival of “Miami Vice” and “MTV Spring Break,” South Beach was home to the largest cluster of Jewish retirees in the country. Drawn by the small apartments, low cost of living and sunny weather, they came by the thousands seeking refuge from the Northeast’s brutal winters. By the 1970s, these former New Yorkers had turned from seasonal visitors to year-round residents, making Miami Beach home to a population that was primarily over 70 and overwhelmingly Jewish. Through the lens of young photographers Andy Sweet and Gary Monroe, “The Last Resort” documents this unique and brief chapter in the city’s history. — Releasing theatrically Friday, Dec. 21, at Marlene Meyerson JCC Manhattan (334 Amsterdam Ave., (646) 505-4444, jccmanhattan.org) and Quad Cinemas (34 W. 13th St., (212) 255-2243, quadcinema.com). 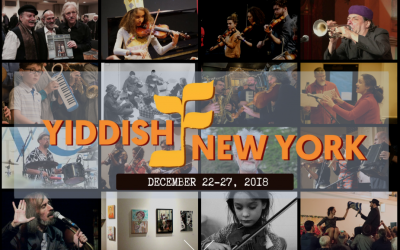 Now in its fourth year, Yiddish New York, the largest and most eclectic assembly of Yiddish culture in the U.S. — is an intergenerational gathering featuring daily workshops and a broad spectrum of performances and programming. Events include concerts, dance parties, and jam sessions at clubs and other venues around the Lower East side. Headliners include Yiddish stage actor Shane Baker; Yiddish singer, multi-instrumentalist and scholar Michael Alpert; violinist/vocalist Eléonore Biezunski; punk-folk-klezmer bandleader Daniel Kahn and more. — Saturday-Thursday, Dec. 22-27. For a detailed schedule, visit yiddishnewyork.com.

THE RUSSIAN AND THE JEW 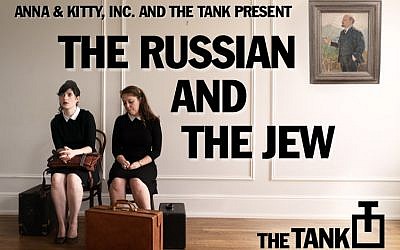 “The Russian and the Jew” is a political fairy tale that explores anti-Semitism and misogyny through a female friendship in the Soviet Union in 1968 and underlines the eternal question of fidelity to oneself, one’s partner and one’s country. — Through Dec. 20, The Tank NYC, 312 W. 36th St., todaytix.com.

BERNHARDT/HAMLET
The great 19th-century Jewish female tragedian returns to the stage in Theresa Rebeck’s new play, in which the scenery-chewing actress takes on the role of the Danish prince. Janet McTeer, who won a Tony playing Nora in “A Doll House,” stars. — American Airlines Theatre, 227 W. 42nd St., (212) 719-1300, roundabouttheatre.org. $49-$109.

GLORIA: A LIFE
Five decades after Gloria Steinem began raising her voice for equality and championing those of others, her vision is as urgent as ever. The first act of this new show chronicles Steinem’s story, the second centers on the making of the play and the third is a Talking Circle where audience members get their say. — Through January 2019, The Daryl Roth Theatre, 101 E. 15th St., (800) 745-3000, gloriatheplay.com.

FIDDLER IN YIDDISH
Directed by Oscar- and Tony Award-winner Joel Grey, a rich Yiddish translation by the late Shraga Friedman adds new depth and dimension to the iconic musical, and it has gotten raves. Presented by National Yiddish Theatre Folksbiene. — Through Dec. 30, Museum of Jewish Heritage, 36 Battery Place, (866) 811-4111, mjhnyc.org.

THE WORLD BEFORE YOUR FEET
In the spirit of Alfred Kazin’s “A Walker in the City,” Matt Green, a 30-ish Jewish New Yorker from Ashland, Va., set out to walk every street in the five boroughs. Along the way (it took him six years), he’s become an expert on the “churchogogues” (abandoned synagogues that have become churches) and odd corners and history of our city. Documentarian Jeremy Workman followed along for the last three years, and the result (Jesse Eisenberg is executive producer) is a stirring ode to the sidewalks of New York. — Quad Cinema, 34 W. 13th St., (212) 255-2243, quadcinema.com

In 1939 Poland, Antonina Zabinski (Oscar-nominee Jessica Chastain) and her husband run the Warsaw Zoo and raise their family in an idyllic existence. Their world is overturned when the country is invaded by the Nazis. The Zabinskis risk everything by covertly working with the Resistance to save families from Nazi brutality. — Tuesday, Dec. 18, 7 p.m., Marlene Meyerson JCC Manhattan, 334 Amsterdam Ave., (646) 505-4444, jccmanhattan.org.

NEW KLEZMER MUSIC BY WINOGRAD AND HOLMESClarinetist Michael Winograd and trumpeter Ben Holmes are two of the top klezmer musicians working today and they’ve performed with a veritable Who’s Who of the klez world. In this afternoon performance, they present a set of works-in-progress, composed firmly within the klezmer idiom but assertively confronting its boundaries. Expect swoops and slides and slurs, all in the service of having the Jewish soul soar. — Saturday, Dec. 15, 4 p.m., Barbès, 376 Ninth St., Brooklyn, (347) 422-0248, barbesbrooklyn.com.

GILAD HEKSELMAN & FRIENDS
The acclaimed Israeli-American guitarist claimed the No. 1 spot in the Rising Star-Guitar Category in the 2017 DownBeat Magazine Critics Poll). He has established a reputation for silky harmonies and easy lyricism — “a vision of modern jazz that’s harmonically fluent but not averse to simple melody or gentle, approachable effect,” as The Times wrote. — Friday-Saturday, Dec. 21-22, 8:30 and 10 p.m., Cornelia Street Café, 29 Cornelia St., (212) 989-9319, corneliastreetcafe.com.

Late Israeli singer-songwriter, actor and screenwriter Arik Einstein, who died in 2013, played such a pivotal part in shaping Israel’s soundscape that for decades he was known as “the voice of Israel.” Israeli-born, New York-based singer-songwriter Moshe Bonen and his band pay tribute. The show is in Hebrew. — Tuesday, Dec. 18, 8:30 p.m., City Winery, 155 Varick St., (212) 608-0555, citywinery.com.

A NIGHT OF YIDDISH SONG
A pioneer of the Yiddish cultural revival, NEA National Heritage Fellow Michael Alpert is best known for his performances and recordings as a solo artist, with the ensembles Brave Old World and Kapelye, as well as his collaborations with artists including Itzhak Perlman, Theodore Bikel and Daniel Kahn. — Sunday, Dec. 23, 9:30 p.m., Center for Jewish History, 15 W. 16th St., (212) 294-8301, cjh.org.

David Broza returns to NYC for his 21st annual Christmas Eve concert. His folksy music represents a cultural fusion of the four different countries in which he was raised and now lives: Israel, Spain, England and the U.S. — Saturday, Dec. 22, 8 p.m., Symphony Space, 2537 Broadway, (212) 864-5400, symphonyspace.org.

MARTHA ROSLER: IRRESPECTIVE
Brooklyn yeshiva-educated Martha Rosler is considered one of the strongest and most resolute artistic voices of her generation. (She has said that her Jewish education inspired her politics.) She skillfully employs diverse materials to address pressing matters of her time, including war, gender roles, gentrification, inequality and labor. From her feminist photomontages of the 1960s and ’70s to her large-scale installations, Rosler’s work reflects her enduring and passionate vision. — Through March 3, 2019, The Jewish Museum, 1109 Fifth Ave. (at 92nd Street), (212) 423-3200, thejm.org.

NOSOTROS 2.0
Latin American artistry is rich with Sephardi and Crypto-Jewish allusions and symbols. “Nosotros: Connecting the Latino and Jewish Communities,” now in its second edition, is a group show composed of pieces by Latino artists celebrating the shared history and culture of Jewish and Latino communities. — Center for Jewish History, 15 W. 16th St., (212) 294-8301, cjh.org.

CHAGALL, LISSITZKY, MALEVICH
This Jewish Museum show explores a little-known chapter in the history of modernity and the Russian avant-garde, focusing on the People’s Art School (1918-1922), founded by Marc Chagall in his native city of Vitebsk (present-day Belarus), featuring the works of three iconic figures — Marc Chagall, El Lissitzky and Kazimir Malevich — as well as works by lesser-known students and teachers of the Vitebsk school. — Through Jan. 6, 2019, The Jewish Museum, 1109 Fifth Ave. (at 92nd Street), (212) 423-3200, thejm.org.