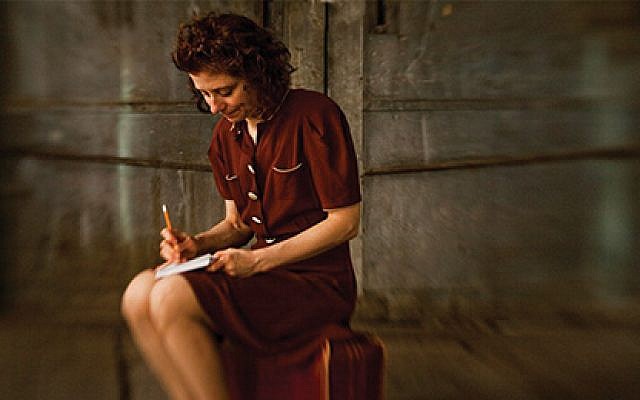 ETTY: A ONE-WOMAN PLAY
Written and performed by actor-playwright Susan Stein, “Etty” is adapted from the diary of Etty Hillesum, a young Jewish woman living in the German-occupied Netherlands. Etty writes of her loves, her body and her work, all with a wry sense of humor and a sense of spiritual yearning. Using only Hillesum’s words, the play (with echoes of Anne Frank) presents one woman’s struggle to sustain humanity in the face of brutality. Part of 92Y’s Yom HaShoah  program. — Thursday, May 2, 1:30 p.m., 92nd Street Y, 1395 Lexington Ave., 92y.org. 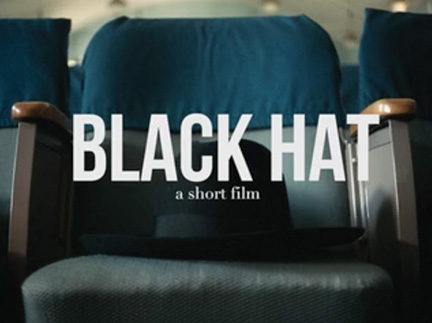 The poster for “Black Hat.”

Directed by Sarah Smith and written and co-produced by Phillip Guttmann, this 14-minute short film tells the story of Shmuel, a pious chasidic man leading a deceptively simple life. By day he dutifully prays at the local synagogue and manages a busy dry cleaner. But once his wife and two young children leave town, Shmuel steps into the uninhibited neon glow of the New York night. When he loses his black hat in a gay bar, Shmuel’s two lives collide. Part of Tribeca Film Festival. — Friday-Saturday, May 3-4, Village East Cinema, 181-189 Second Ave., citycinemas.com/villageeast.

UWS CELEBRATES ISRAEL
It’s Tel Aviv-on-the-Hudson time again as Jewish schools, organizations and synagogues on the Upper West Side come together to celebrate Israel’s Yom Ha’Atzmaut with a wave of neighborhood events. The festivities kick off Sunday, May 5 with an all-day festival of Israel-centered talks, concerts, movies, kids activities, Israel-themed indoor bike rides, etc. Highlights include a kosher street Israeli food festival and family street fair, Rep. Jerry Nadler’s keynote address and sessions on Israeli tech, fashion, food and wine and religious pluralism. The Israelomania concludes on Thursday, May 9 with an Israeli “Party by the Shore,” for which a section of the Hudson River will be transformed into Tel Aviv’s Tayelet (promenade). — Sunday, May 5-Thursday, May 9, uwsisrael.org.

DISPLEYST
Using a 1981 diary of Jewish matriarch Margaret Welish, along with oral histories from her daughters, “Displeyst” tells the true story of a well-off family that successfully escaped from WWII Austria to the Philippines, only to have its life ripped apart again by the invasion of Japan. The play, by Infinite Variety Productions, echoes the present-day immigration crisis. — Through Sunday, May 5, Under St. Marks Place, 94 St. Marks Place, (212) 777-6088, infinitevarietynyc.org.

DEAR ERICH
Composer-pianist Ted Rosenthal retells his own family history in the jazz opera “Dear Erich,” presented by the New York Opera and co-produced with the Folksbiene. Set in wartime Germany and Chicago, the plot is inspired by some 200 letters exchanged between Ted’s grandmother, Herta Rosenthal, and her son, Erich, a Jewish scholar who escaped to the States.  — Wednesday, May 1, 7 p.m., Center for Jewish History, 15 W. 16th St., (212) 294-8301, programs.cjh.org.

“Fiddler” in Yiddish, the unexpected runaway hit that both delighted and choked up audiences at the Museum of Jewish History, is now Off-Broadway. Directed by the acclaimed Joel Grey, a rich Yiddish translation by the late Shraga Friedman adds new, depth to the iconic musical. With English and Russian supertitles. — Stage 42, 422 W. 42nd St., (212) 239-6200, telecharge.com.

Led by Israeli-American artistic director Zvi Gotheiner, the ZviDance dance company is praised for its signature innovative style and radical melding of artistic mediums. In its 2016 multimedia piece “On the Road,” inspired by Jack Kerouac’s iconic novel, Gotheiner contemplates the upheaval of the 1960s and that generation’s startling notions of social rebellion. — Through Saturday, April 27, Joe’s Pub, 425 Lafayette St., (212) 539-8778, publictheater.org.

Aron is 88, Eazek, 94, and Claudine, 89. More than 70 years ago, although they lost their entire families, they survived the Holocaust and resettled here. Now they’re sharing their stories in a unique program led by a drama therapist with high school students in Brooklyn. The Witness Theater workshop they participate in culminates in a play based on survivors’ stories. Screening followed by Q&A with the director. — Tuesday, April 30, 7-9 p.m., Marlene Meyerson JCC Manhattan, 334 Amsterdam Ave., (646) 505-4444, jccmanhattan.org.

THE ACCOUNTANT OF AUSCHWITZ

An account of the trial of Oskar Gröning, charged with the murder of 300,000 Jews. Part of “Saviors on the Screen,” presented in commemoration of Holocaust Remembrance Day. — Wednesday, May 1, 7 p.m., Marlene Meyerson JCC Manhattan, 334 Amsterdam Ave., (646) 505-4444,jccmanhattan.org.

In the wake of his groundbreaking documentary “Shoah,” Claude Lanzmann used some of the footage to fashion a four-part film based on the incredible survival stories of four women: Ruth Elias, Paula Biren, Ada Lichtman and Hannah Marton. The work would become Lanzmann’s final opus. The second part gets a screening here next week. — Thursday, May 2, 6 p.m., Temple Emanu-El Streicker Center, 1 E. 65th St., (212) 507-9580, emanuelstreickernyc.org.

YA QALBI (OH MY HEART) 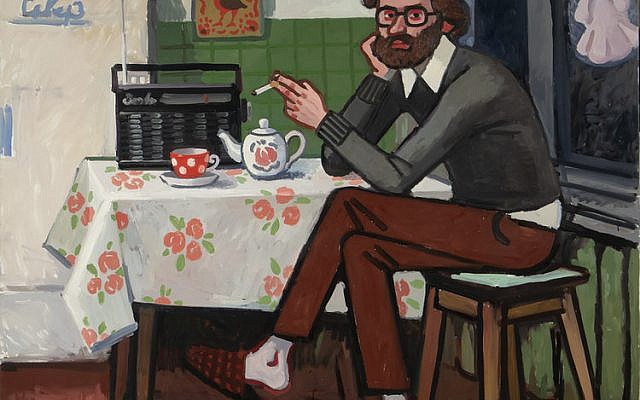 Zoya Cherkassky was born in Kiev, Ukraine, in 1976. In 1991, she immigrated to Israel. Her highly figurative paintings — which are included in the permanent collections of The Jewish Museums of New York, Berlin and Vienna, as well as the Israel Museum in Jerusalem — chronicle a childhood between two cultures. — Opening May 2, 6 p.m., through June 15, Fort Gansevoort, 5 Ninth Ave., fortgansevoort.com/upcomingexhibition.