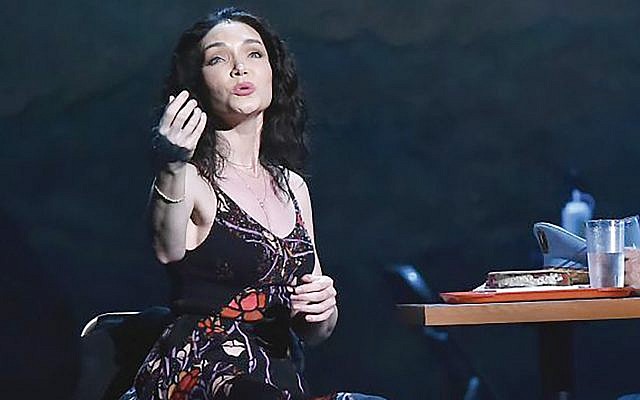 FROM SHTETL TO STAGE
Part of Carnegie Hall’s cultural festival “Migrations: The Making of America,” which celebrates the music immigrants brought to the city, this paean to Yiddish theater and Broadway was birthed by Seth Rogovoy and Eleanor Reissa. “Even though it’s a story of the past, it’s a story of the present,” Reissa, who also directs the show, told The Jewish Week. “The value” [of what immigrants brought with them] “is of course enormous. Its threads are everywhere.” The show features pianist Evgeny Kissin, violinist Gil Shaham, vocalists Mike Burstyn, Elmore James and Tony-winner Katrina Lenk (“The Band’s Visit”) as well as Reissa, pianist Zalmen Mlotek, actors Yelena Shmulenson and Allen Lewis Rickman, and music director Frank London. — Monday, April 15, 8 p.m., Carnegie Hall, 881 Seventh Ave., carnegiehall.org.

THE ANCIENT LAW, WITH ALICIA SVIGALS AND DONALD SOSIN 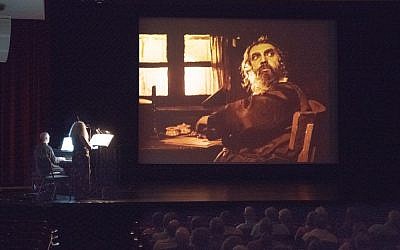 A landmark in Weimar cinema, “The Ancient Law” (1920) tells the story of a rabbi’s son who leaves his shtetl home in Galicia and makes his way to Vienna, where an archduchess at the imperial court falls in love with him. This screening is accompanied by an original score, performed live by acclaimed klezmer violinist Alicia Svigals and pianist/composer and silent film music legend Donald Sosin. Part of the New York Klezmer Series, the concert will be preceded by an instrumental music workshop (6:30 p.m.) and followed by a jam session (9:45 p.m.). — Thursday, April 18, 8 p.m., Town & Village Synagogue, Social Hall, 334 E. 14th St., nyklezmer.com. 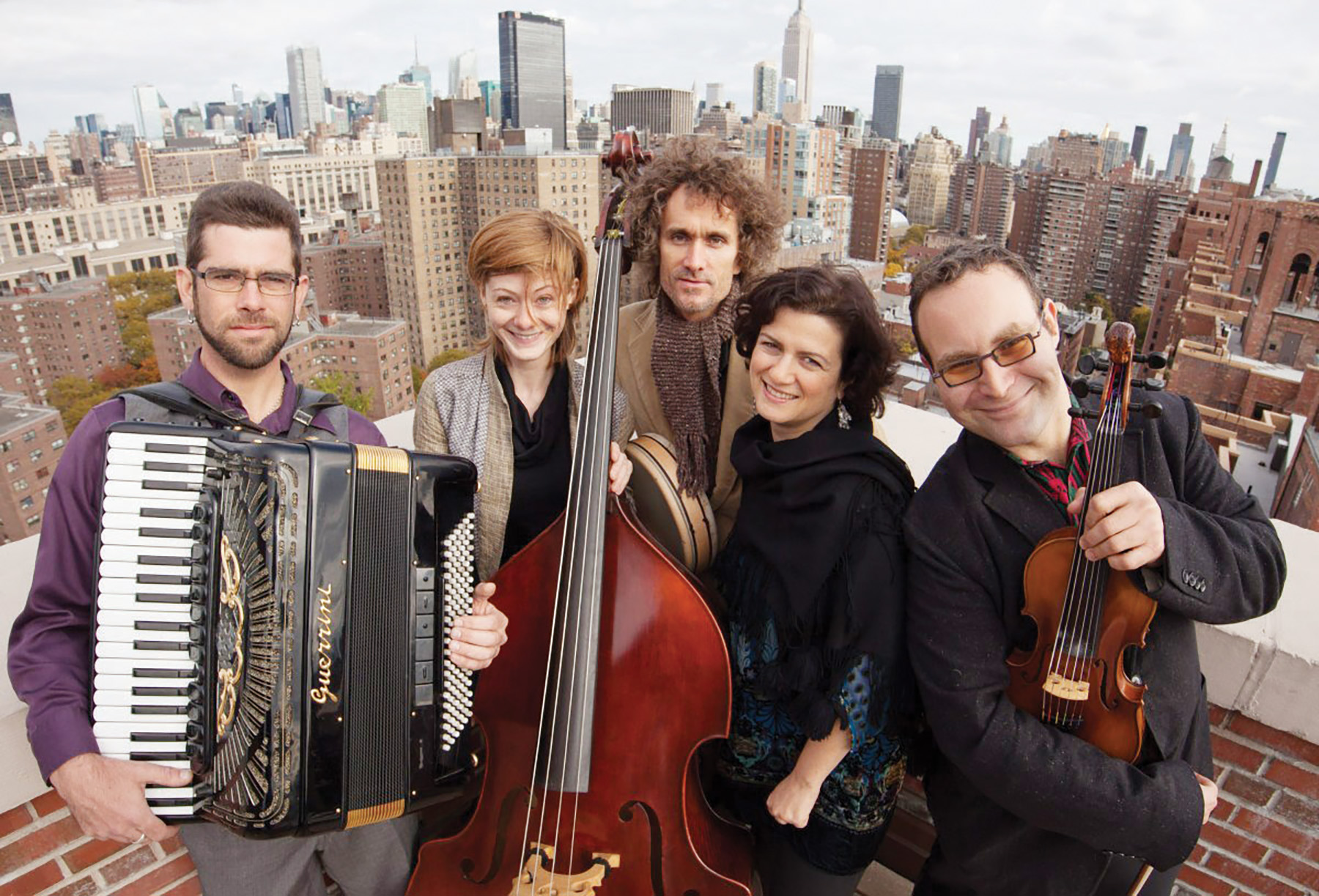 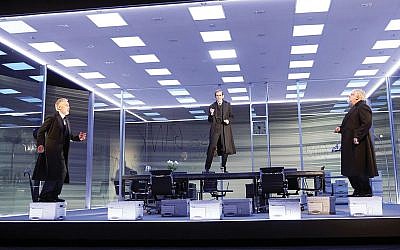 The Lehman Brothers and their descendants built an investment bank that was supposedly too big to fail — until it imploded in 2008, taking the American economy down with it. Stefano Massini’s hit London production of “The Lehman Trilogy,” directed by Sam Mendes,  follows three generations of the Jewish banking family. — Through Saturday, April 20, Park Avenue Armory, 643 Park Ave., (212) 933-5812, armoryonpark.org.

YIDDISH FIDDLER, OFF BROADWAY
“Fiddler” in Yiddish, the unexpected runaway hit that both delighted and choked up audiences at the Museum of Jewish History, is now Off-Broadway. Directed by the acclaimed Joel Grey, a rich Yiddish translation by the late Shraga Friedman adds new, depth to the iconic musical. With English and Russian supertitles. — Stage 42, 422 W. 42nd St., (212) 239-6200, telecharge.com.

THE LOMBARD HAGGADAH
For Passover, Les Enluminures Gallery presents a series of events that center on a remarkable medieval manuscript: a Haggadah with 75 watercolor paintings, created in the circle of the famous 14th-century Italian artist Giovannino de Grassi. For the first time in more than 100 years, the manuscript will be on view for a limited period. — Friday, April 12-Sunday, April 20, Les Enluminures, 23 E. 73rd St., 7th fl., Penthouse, lesenluminures.com. A conference on “The Haggadah in the Middle Ages and Beyond: A Celebration for Passover,” followed by a reception, will take place Sunday, April 14, 1-5 p.m., Fordham University, McNally Amphitheater, 140 W. 62nd St.

OUT OF TOWN: TEXT UNBOUND, (RE-)IMAGINING THE TALMUD
A panel of scholars and artists — including a printer, a digitalist and a multimedia performer — considers the many manifestations of the Talmud and related Jewish texts, from late-antique graffiti and lament to contemporary fiction, illustration and printing to experimental voice art. Participants include Jerusalem-based composer/linguist/vocalist Victoria Hanna and award-winning Israeli-American novelist Ruby Namdar. — Monday, April 15, Bard College, Campus Road, Annandale-on-Hudson, (845) 758-6822, bard.edu.

FROM SWASTIKA TO JIM CROW

The recent uptick in anti-Semitic, anti-immigrant and racist rhetoric has created new interest in the acclaimed documentary, “From Swastika to Jim Crow.” Originally released 19 years ago, the film, based on the book by Gabrielle Simon Edgcomb, compares and contrasts the Jim Crow South and Hitler’s Germany. The screening will be followed by a Q&A with the filmmakers and historian Charles L. Chavis, Jr. — Wednesday, April 17, 7 p.m., Center for Jewish History, 15 W. 16th St., (212) 294-8301, cjh.org.

THE TATTOOIST OF AUSCHWITZ
In April 1942, Lale Sokolov, a Slovakian Jew, was forcibly transported to Auschwitz, where he was tasked with inking the arms of thousands of his fellow prisoners —  including Gita, his future wife— with what would become an enduring symbol of the Holocaust. Heather Morris, author of the bestseller “The Tattooist of Auschwitz,” reads from her debut novel and discusses the real-life tale that inspired it. —  Tuesday, April 16, 7 p.m., Museum of Jewish Heritage, 36 Battery Place, (646) 437-4202, mjhnyc.org.

FROM MACY’S TO THE TITANIC
Department store historian Michael Lisicky discusses how the Straus family rose from German-Jewish peddlers to merchant princes and major philanthropists, before Isidor Straus’ untimely death on the Titanic a pop-up show of Titanic memorabilia, from the collections of the Straus Historical Society. — Monday, April 15, 6:30 p.m., Center for Jewish History, 15 W. 16th St., (212) 294-8301, cjh.org.

LEONARD COHEN: A CRACK IN EVERYTHING

Singer-songwriter Leonard Cohen, who died in 2016, was an extraordinary poet of the imperfection of the human condition. This show celebrates Cohen’s legacy through mixed-media works, including a video projection showcasing Cohen’s own drawings and a multimedia gallery where visitors can hear Cohen’s songs covered by other musicians. —Opens April 12, through Sept. 8, The Jewish Museum, 1109 Fifth Ave., (212) 423-3200, thejewishmuseum.org.

RELEASING WORDS
A traditional form of Jewish folk art, paper cutting, has often been used over the ages to make references to Jewish lore, symbols and scripture. “Releasing Words: The Cut Paper Art of Deborah Ugoretz” is a retrospective show of visual-artist Deborah Ugoretz, from traditional ketubot (elaborately decorated marriage contracts) and pieces inspired by biblical texts and prayer to more recent work, which consider Jewish tradition as a jumping board for contemporary concepts. — Through Friday, April 12, Museum at Eldridge Street, 12 Eldridge St., (212) 219-0302, eldridgestreet.org.