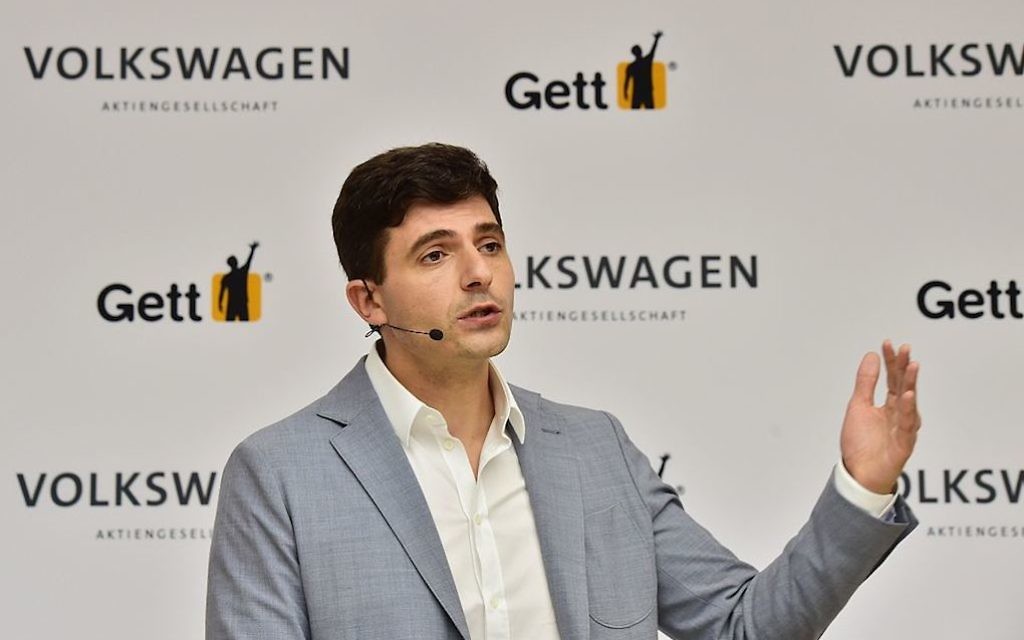 Gett a load of this.

A team of Israelis entrepreneurs behind a Tel Aviv startup is attacking Uber, a $63 billion international company with over 3,000 employees, in a very public way. That takes some serious chutzpah.

Travelers who frequent the subways or streets of New York City have probably caught a glimpse of the in-your-face ads from Gett. Like Uber, Gett connects passengers to drivers on an easy-to-use mobile application. Their ads humorously ridicule the “surge” pricing tactics practiced by their biggest competitors. Uber, along with Lyft (another Gett competitor based out of San Francisco), varies prices based on supply and demand, causing passengers to pay “surge” prices or “prime time” fees when demand swells. Many users complain that these exorbitant fares are unfair. Gett, on the other hand, never surges.

Founded in 2010 by Israelis Shahar Waiser and Roi More, Gett was valued at around half a billion dollars before receiving a $300 million investment from Volkswagen two months ago. Gett’s global size still pales in comparison to its competitors; Gett is operational in around 60 cities around the world while Uber is in nearly 500.

But the small company is doing its best to challenge Uber, right here in New York. All around the city, bold anti-Uber ads published by Gett boast that “Uber hates us because we are surge-free,” “We’ll only surge if we change our name to Uber,” and “You didn’t know what surging meant until you knew what Uber meant.”

The attack ads, which were installed in June, are all part of Gett’s new ad campaign, #surgesucks. Gett is publishing the names of anyone who has felt overcharged by Uber or Lyft on its “hall of shame” filled with “surge-vivors.” Gett even offered $1,000 in credit for whoever submits a receipt with the highest recorded “surge” fee.

But surge pricing isn’t all bad, according to Julie Hennessy, marketing professor at Northwestern University’s Kellogg School of Management. “Many people think they don’t like surge … but part of the reason that Uber has a lot more taxis available is that they surge prices,” said Hennessy in a phone interview with the Jewish Week.

She added that Gett’s ad campaign, while bold, might have some drawbacks. Though “focusing on just one benefit isn’t a bad thing,” "[by] building its whole point of difference on surge,” Gett is making itself vulnerable should Uber change its strategy, she said.

“It’s been relatively well publicized that Uber is thinking of dropping surge so it is totally within Uber’s power to make this issue go away,” Hennessy said.

The campaign is the latest in a series of measures taken by Gett to increase its presence in New York City. Last year, the firm began offering a $10 flat rate for Manhattan rides up to 30 minutes or 4 miles—an offer that still stands today. Last month, Gett announced it is cutting the commission rate taken from drivers from 25 percent to 10 percent on all rides, which is at least 10 percent less than what Uber takes.

Uber's plan to offer its popular ride-sharing feature that lets passengers share rides and split costs, was blocked in the Knesset by Transportation Minister Yisrael Katz. Katz claimed he was trying to protect the jobs of Israeli taxi drivers and was concerned about security issues. With the backing of Israeli cabbies, Katz clashed with Netanyahu on the issue – the Prime Minister wants to increase Uber’s presence in Israel because it is “good for competition.”

Uber, in response to Katz’s regulations, is circulating a petition online to try to garner public support for bringing Uber's ride-sharing option to Israel. In the meantime, Gett beat them to the ride-sharing game. Last week, Gett announced a partnership with Israel Railways that will allow passengers to share taxis to and from Israeli train stations.

Gett did not respond to the Jewish Week’s requests for comment on this story.