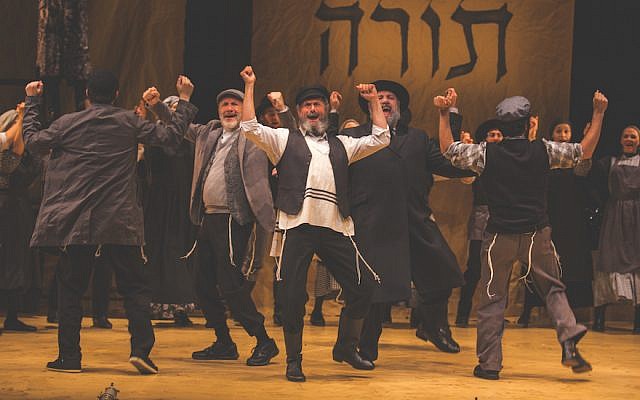 NEW YORK (JTA) — A production of “Fiddler on the Roof” in Yiddish has been extended and will move to a new theater.

The producers announced Wednesday that the show will be moving to the off-Broadway venue Stage 42. The all-Yiddish production has been playing off-Broadway at the Museum of Jewish Heritage since opening in July.

The production by the National Yiddish Theatre Folksbiene was scheduled for an eight-week run but has been extended four times. It will continue to play at its original venue until Dec. 30, with previews at Stage 42 starting in February.

Broadway actor Steven Skybell and Emmy Award nominee Jackie Hoffman will continue in their roles as Tevye and Yente. Other casting decisions have yet to be announced.

“Fiddler on the Roof,” which premiered in 1964 and has seen several revivals on Broadway, is based on “Tevye and His Daughters,” a series of stories by the Yiddish writer Sholem Aleichem. Created by Jerry Bock, Sheldon Harnick and Joseph Stein, the musical tells the story of a poor Jewish dairy farmer living in the Russian town of Anatevka at the start of the 20th century as he grapples with tradition and the ways his daughters choose to defy it.

This production of “Fiddler” — or “Fidler Afn Dakh” — marks the first time that the Tony Award-winning musical is being performed in Yiddish in the United States and only the second time in its history (a Yiddish version ran for about four weeks in Israel in 1965), according to NYTF.