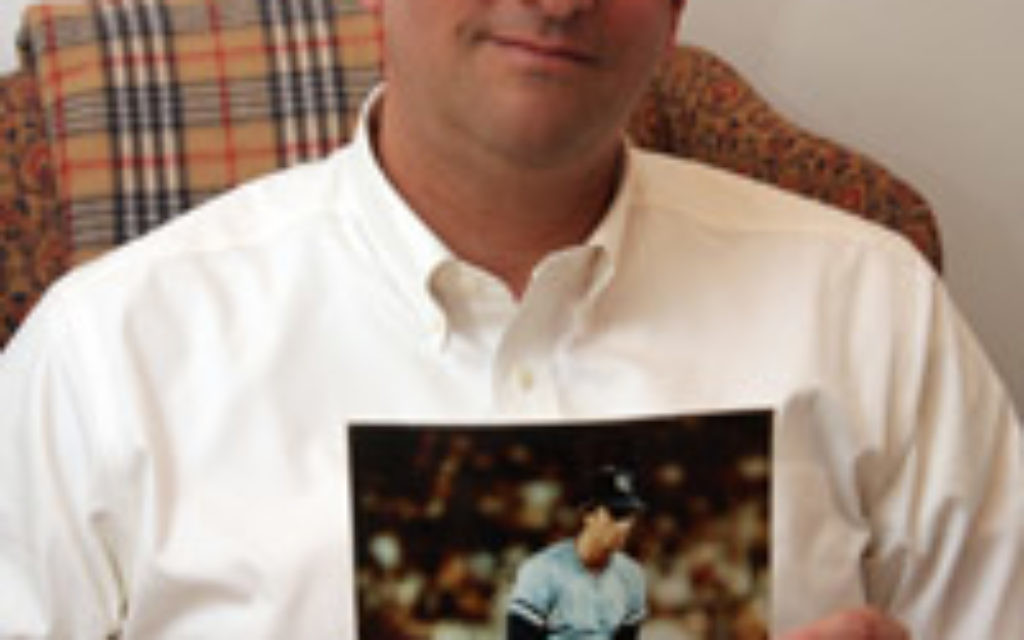 Before the Salem Witches (the minor league team that last played in 1930) there were the Salem witches, with Elizabeth Morse convicted in 1680. Her death sentence was commuted through the intervention of Cotton and Increase Mather, but Morse died two years later, worn down by a pair of trials and a debilitating incarceration.

Who can foresee the mystery of a family tree? Aside from sea captains, the Morse line produced Samuel Morse, inventor of the telegraph and the Morse code, and a lefthanded Jewish pitcher named Bob Tufts (2 wins, no losses, 2 saves in 27 games for the Giants and Royals), tucked forever into the “Baseball Encyclopedia” between Tudor and Turley. Tufts was good enough to strike out Keith Hernandez, Davey Lopes and Dusty Baker. He was a presence, standing on the pitcher’s hill, all 6-foot-5, 215 pounds of him.

On April 27, 1983, remembers Tufts, in his first and only game in Yankee Stadium, in his next to last game in the majors, he looked up at the stands, taking it all in, slowly. He stepped off the mound, waiting for Bob Shepherd to announce his name in Shepherd’s deliberate, elegant cadence: “Now pitching … for the Kansas City Royals … Number 36 … Bob … Tufts.” Then Graig Nettles singled to right.

If your shul’s Bob Shepherd would like to call Tufts to the Torah, announce him as Reuven Ben-Avraham, the Hebrew name Tufts adopted when he joined the Jewish people. Tufts says he named himself after Reuven Malter in “The Chosen,” the young sandlot pitcher, a passionate Zionist, who wanted to become a rabbi.

His first choice of a Jewish name was “Sandy Koufax,” says Tufts, but the rabbi shook his head.

Casey Stengel used to say there are three things that can happen in baseball. You can win. You can lose. It can rain. Well, Tufts is experiencing something of a rain delay. After the majors he went into business, but “I’m now a post-cancer person,” says Tufts. A bout with myeloma left him with “heavy chemo at the end of ’09. All I was able to do was some modest teaching,” a sports marketing class at Stern College and Yeshiva College.

Despite Tufts’ modest career, Ken Davidoff, Newsday’s baseball writer, calls him “the great Bob Tufts.” Davidoff says, via e-mail, “I first got to know Bob Tufts in 2005, when he e-mailed me in response to something I wrote for Newsday about player-owner relations in baseball. At the time, I thought it was cool that a former big-league pitcher had reached out to me. Of course,” adds Davidoff, kidding, “now I know that Bob pretty much e-mails anyone who has ever voiced an opinion of any sort, in any forum.

“I call him ‘the great Bob Tufts’ because I love Bob’s passion, his intelligence and his sense of humor. I love his honesty and his courage in fighting multiple myeloma. I love his love of debate and discussion. He is truly great, and I look forward to seeing whom he [ticks off] next,” in Tufts’ blog at examiner.com.

Sometimes it rains. When Tufts was a little boy his dad took him to Fenway Park on a wet June evening in 1962. Is there anything more beautiful than Fenway in the rain? The father could think of several things and wanted to leave. No, Dad, please. The boy could see the raindrops being illuminated as they passed in front of the arc lights, high above the field. The grass had an emerald sheen when wet; the raindrops puncturing the puddles on the tarpaulin and dugout roof. The drops slowed, then stopped. Boston’s Earl Wilson no-hit the Angels and even homered off the flashy Bo Belinsky. “I remember that one very well,” says Tufts. “I was 7 years old.”

Like the kid in “The Chosen,” Tufts says that even as a boy “I always was interested in Israel. Even growing up in a Christian family, in a Congregational church in New England, there was a specialness attributed to Jerusalem in particular. That was always there for me.”

As a student at Princeton, he pitched, majored in economics and was intrigued by religion. He became friends with many Jewish students — married one — and enjoyed the give and take of debating religion with the Jews and Christians on campus. “Questioning religion, and my values,” recalls Tufts, “directed me toward a more critical thinking about what I believed.” He realized he believed in Judaism.

Drafted in the 12th round by the San Francisco Giants in 1977 for “zero bonus money,” Tufts says, “I signed for literally a cup of coffee,” purchased for him by a Giants scout in the Port Authority bus station. The Princeton grad’s first contract was for $500 a month.

He pitched for teams in Great Falls, Mont., and Cedar Rapids, Iowa; for Waterbury, Conn., and Shreveport, La.

One night in 1981, “I was sitting in the bullpen in Tucson, Ariz. Our closer, Gene Pentz, out of nowhere, asked me if I accepted Jesus Christ as my lord and savior. I turned to him and said, ‘It’s funny you mentioned that. I’ve started the process of converting to Judaism, so no, I don’t.’ Gene’s eyes blazed, and he said sternly, ‘Well, you’re going to hell,’ and he turned back to watch the game. That’s how we left it. I was extremely upset, and called Suzanne [my wife].

Lo and behold, Gene went into a slump and I got better,” pitching to a rarified 1.70 earned run average, taking over Pentz’s job as closer. “Divine providence?” he jokes.

That August, Tufts was called up to San Francisco, No. 17 in your scorecard. Being a major leaguer, says Tufts, “was definitely not a job” in those fading weeks of summer, “having Frank Robinson as a manager; playing with Joe Morgan, Vida Blue and Darrell Evans.” Autumn came early in old Candlestick Park. Out in the bullpen, “you’d be sitting there for two hours, like being on a boat in the North Sea.”

Knowing that being an Ivy Leaguer made him a curio, when it came to his Jewish studies, “I kept it pretty quiet,” whether with the Giants or after being traded to the Royals. “Sitting in the bullpen, some players who were born again, whether Gary Lavelle or Dan Quisenberry, were very supportive. Part of it was that we shared a belief in the importance of Israel.” Mostly, the players “didn’t know I was Jewish; I just did my thing.”

The Royals traded Tufts to the Reds, who sent him to the minors. He never made it back to the majors.

Maybe he could talk to Quisenberry, but now, living in Queens, “unfortunately, due to my political beliefs and the [liberal] beliefs of some of the rabbis in my neighborhood, I really have not found a good synagogue that I can wholeheartedly throw myself into as a member.” He wants to go to a Conservative synagogue but wonders if they’d welcome a conservative.

“That’s why I like the kids at yeshiva. They don’t always tend to be Republican but their understanding of Zionism, and their place in their religion, their place in the world, is very nice to see and be around.”

He’s still involved with baseball, through the Major League Alumni Association, and a few years ago he and Elliot Maddox (who played for the Yankees and Mets and converted to Judaism), gave a series of baseball clinics in Israel. His daughter was an intern for the Red Sox last summer. He, as a child of Fenway and a conservative, still prefers the old parks to the new ones that seem so “plasticized. The old ones had a bit of grit, the soul of baseball.”

Tufts fights on with his grit and soul. His cancer is in remission, but looms. The key, he says, is “how you deal with it, how you conduct yourself, how you can set an example, and dare I say it, a public example. It’s a form of tzedakah, informing people who now have the illness to understand it and have a sense of calm. You can help yourself, help your family, and help your community realize that we can get through whatever problems exist.”

Sometimes it rains, but he doesn’t want to leave.