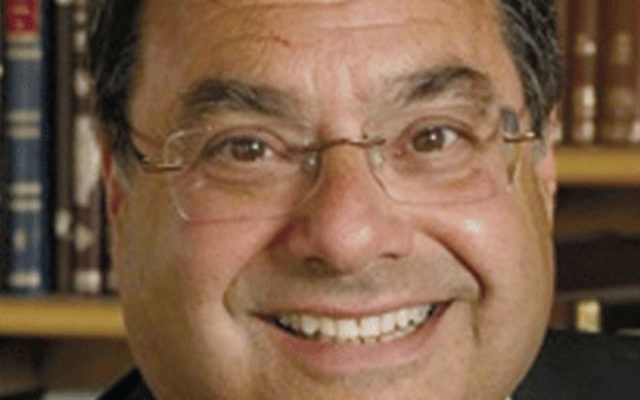 I had never been to this particular shul before, this renovated hospital turned into a synagogue about two miles from where I grew up in Brooklyn. Nor had I ever prayed with chasidim. But the Klausenberger Rebbe was particularly well known as a saintly chasidic rebbe who had resettled, with those of his chasidim who survived the Holocaust, in and around Bedford Stuyvesant. And so, one summer morning in 1952, on the Shabbat of Ki Tavo, I set out from my home on Hart Street to the world of black gabardines and round fur hats, eager for the opportunity to be in the presence of a truly holy man and to experience a chasidic prayer service.

Now the Torah reading of Ki Tavo is punctuated by 53 verses, known as the Tochacha (“Warning”) which catalogue the punishments in store for Israel when they forsake God’s teaching: “If you don’t obey the Lord your God and all His commandments and statutes, then these curses shall come upon you. … God will smite you with … a fever and with an inflammation and with an extreme burning and with the sword. … God will turn your rain into dust, and it will come from the skies to destroy you. … And your corpses shall be meat for all the birds of the sky and for beasts of the earth. God will smite you with madness and blindness and a confusion of the heart. God will bring a nation from afar against you, from the end of the earth, swooping down like an eagle, a nation whose language you don’t understand. A haughty arrogant nation which has no respect for the old nor mercy for the young” [Deut. 28:15-50].

It’s easy to understand why Jewish custom mandates that these verses be read in a low voice. The Tochacha is not something we’re very eager to hear, but if we have to hear it as part of the Torah cycle, then the hushed words, without the usual dramatic chant, are shocking.

I arrived at the huge study hall even before the morning service began — and although I was the only pre-bar mitzvah boy in the congregation not wearing a black gabardine, I felt swept up by the intensity of the people praying, swaying and shouting as though they suspected that the Almighty might not bend His ear, as it were, to a quieter service of the heart.

Then came the Torah reading. In accordance with the custom, the Torah reader began to chant the Tochacha in a whisper. And unexpectedly, almost inaudibly but unmistakably, the Yiddish word “hecher” (louder) came from the direction of the lectern upon which the rebbe was leaning at the eastern wall of the shul.

The Torah reader stopped reading for a few moments; the congregants looked up from their Bibles in questioning and even mildly shocked silence. Could they have heard their rebbe correctly? Was he ordering the Torah reader to go against time-honored custom and chant the Tochacha out loud? The Torah reader continued to read in a whisper, apparently concluding that he had not heard what he thought he heard. And then the rebbe banged on his lectern, turned to face the stunned congregation and cried out in Yiddish, with a pained expression on his face and fire blazing in his eyes: “I said louder! Read these verses out loud! We have nothing to fear. We’ve already experienced the curses. Let the Master of the Universe hear them. Let Him know that the curses have already befallen us, and let Him know that it’s time for Him to send the blessings!”

The rebbe turned back to the wall, and the Torah reader continued slowly chanting the cantillation out loud. I was trembling, with tears pouring down my cheeks, my body bathed in sweat. I had heard that the rebbe lost his wife and 11 children in the Holocaust — but refused to sit shiva for them because he could not spare a moment from the task of trying to save Jewish lives by enabling them to leave Europe. He himself refused a visa for America, until the majority of his chasidim had been saved. His words seared into my heart.

I could hardly concentrate on the conclusion of the Torah reading. “It’s time for Him to send the blessings!” After Musaf, the rebbe rose to speak. His words were again short and to the point, but this time his eyes were warm with love, leaving an indelible expression on my mind and soul. “My beloved brothers and sisters,” he said, “Pack up your belongings. We must make one more move – hopefully the last one. God promises that the blessings which must follow the curses will now come. They will come – but not from America. The blessings will only come from Israel. It is time for us to go home.”

And so Kiryat Sanz–Klausenberg was established in Netanya where the rebbe built a Torah Center as well as the Laniado Medical Center. And an impressionable 12-year-old boy received his first — and most profound — lesson in modern Zionism.

Rabbi Shlomo Riskin is the chief rabbi of Efrat and chancellor of Ohr Torah Stone.