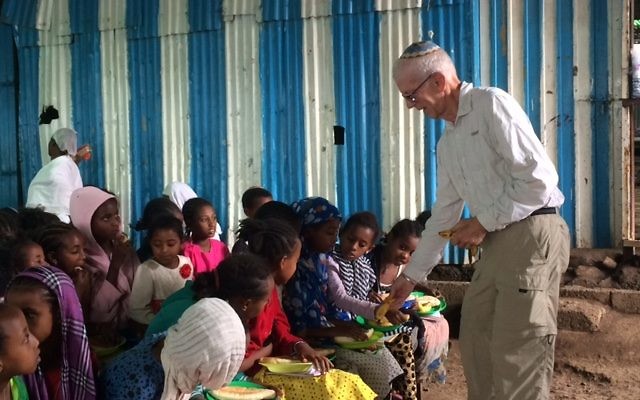 In dirt-floor shacks, the elderly wait for a chance, however elusive, to reach the Promised Land; and in a makeshift day camp mess hall ringed with corrugated tin painted the colors of the Israeli flag, the young wait for enough food to beat back the hunger pains.

Although the Israeli government and the Jewish Agency jubilantly declared three years ago that all of the eligible Jews living in Ethiopia who wanted to make aliyah and adopt Israel as their homeland had finally arrived, they actually left 9,000 behind.

Languishing in Ethiopia, these individuals, young and old, long to be reunited with their families who were fortunate to already have received permission to emigrate. Pleas for family reunification were ignored until government officials, including Knesset members of the coalition

Avraham Neguise and David Amsalem, refused to support the coalition on key votes unless it took action on the Ethiopian front. As a result, those members of the Ethiopian Jewish community who had registered to make aliyah between 2003 and 2010 are now permitted to realize this dream. Some have begun to arrive, and by the end of this year, 1,300 are scheduled to begin new lives in Israel. 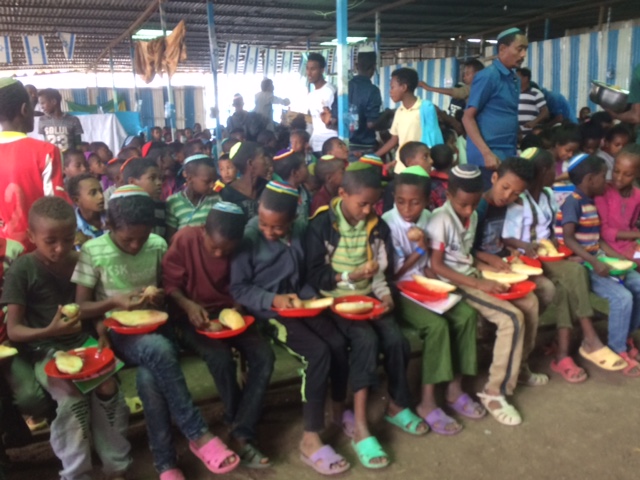 Almost 8000 Ethiopian Jews remain in limbo in Gondar and Addis Ababa awaiting aliyah. Some have been told Israel doesn’t have the resources to take them in. Courtesy of Jerome Epstein

So, 7,700 individuals remain in limbo in either Gondar or Addis Ababa. They have been told that Israel does not have the resources to absorb all of them immediately. My wife and I visited many of them recently in Gondar. We were welcomed by three families, each living in their cramped one- or two-room shacks that lacked both running water and latrines. They cooked on a fire either on the dirt floor of their “living room” or just outside their door. In one of the homes, there were only two beds for five people, so they slept in shifts.

One elderly couple said they were anticipating making aliyah in the coming weeks, though their dreams have been shattered so many times since they first applied to becomes citizens of Israel more than eight years ago. 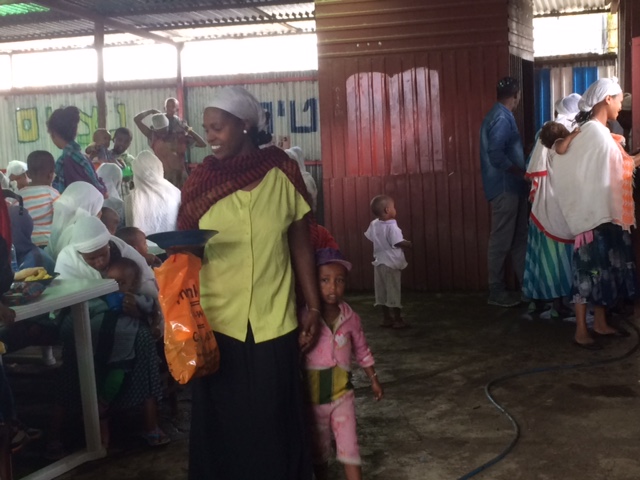 These visits moved us greatly. But our main purpose in traveling to Gondar was to spend time with the children there. Last year, when we became aware of the kaitanot (day camps) planned for Addis Ababa and Gondar, we were dismayed to learn that the children would not have any food during the day due to lack of funds.

Last year the North American Conference on Ethiopian Jewry (NACOEJ) and its supporters raised the funds to provide each child with a modest meal a day, and are doing the same this summer. Each child receives a daily plate consisting of a hard-boiled egg, a baked potato, a banana and a roll. It is not much — but the menu is designed to provide vitamins and nutrients to sustain their lives and to relieve their hunger. This year 1,890 children between the ages of 6 and 18 are being fed in the kaitanot each day.

We were also committed to provide sustenance for more than 500 children below the age of 6.

Through a generous grant from the SSEJ organization (Struggle to Save Ethiopian Jewry), a screening clinic was established two months ago that evaluated each child in the Jewish community of Gondar below the age of 3. The doctors determined that there were 155 cases of extreme malnutrition. An immediate effort was undertaken to provide extra food and nutrients for these infants each morning. The clinic doctor told me that based on the records, in the two-month period since the malnutrition diagnosis, at least 17 children would have died had this intervention not existed. For the children in these families, each day can make a difference between life and death based solely on nutrition. 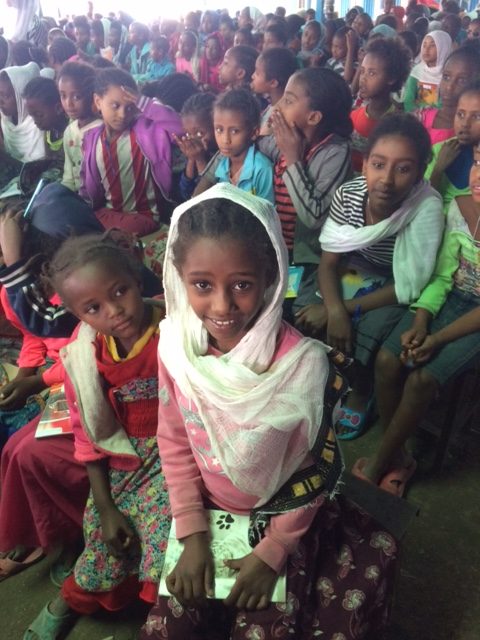 Each child receives a daily plate consisting of a hard-boiled egg, a baked potato, a banana, and a roll. It is not much—but the menu is designed to provide vitamins and nutrients to sustain their lives and to relieve their hunger. Courtesy of Jerome Epstein

Through modest generosity, lives are being saved. It costs merely 50 cents a day to feed each child in the regular programs, and only a bit more to add the supplements to the seriously malnourished. 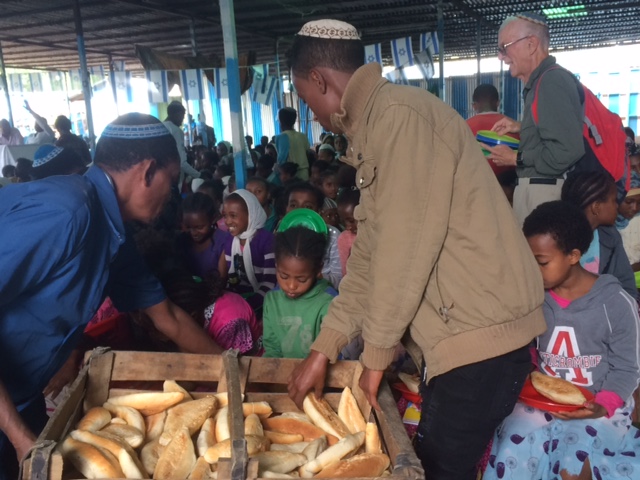 Some families have been waiting over 13 years to make aliyah. Courtesy of Jerome Epstein

Last year, and again this year, when I visited and communicated with community leaders in North America in order to secure funds to help the Jewish population suffering in Ethiopia, many were shocked. They thought all were in Israel by now. Others acknowledged that after working on behalf of Ethiopian Jews for years, their community had tired of the project. Last year we were able to provide food for Rosh HaShanah and Sukkot for those still waiting to emigrate. But what about the rest of the year? How will they survive until the day that Israel is willing to welcome them? 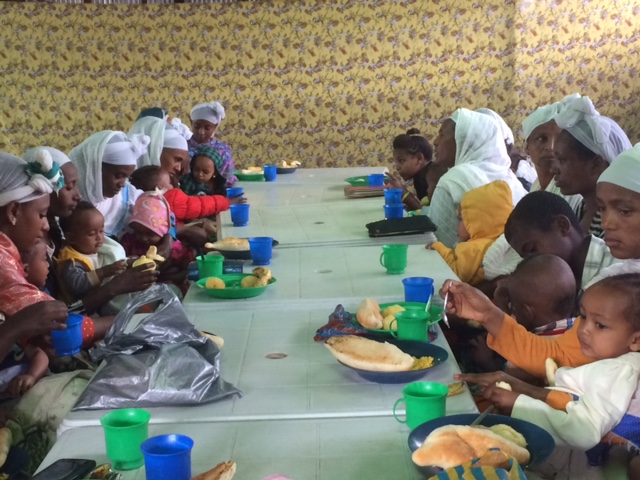 The Jewish calendar marks the three-week period culminating in Tisha b’Av this week as a period of sadness for the Jewish people. We remember the catastrophes that befell our people in the past, including the destruction of the two Holy Temples, and of Jerusalem itself. Among the ways that we mark these days is the by denying ourselves the food and drink that are readily available to us in order feel the discomfort and loss of cherished life of the past. But when the fast is over, we satisfy our thirst and hunger. 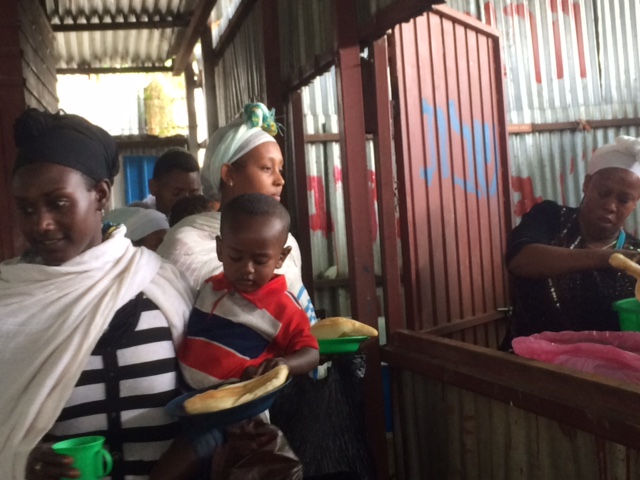 Unfortunately for the Jews of Ethiopia, the hunger and the thirst will not be satisfied until we help, or until they are blessed with the realization of their dreams and are welcomed in Israel.

All photos courtesy of Jerome Epstein.