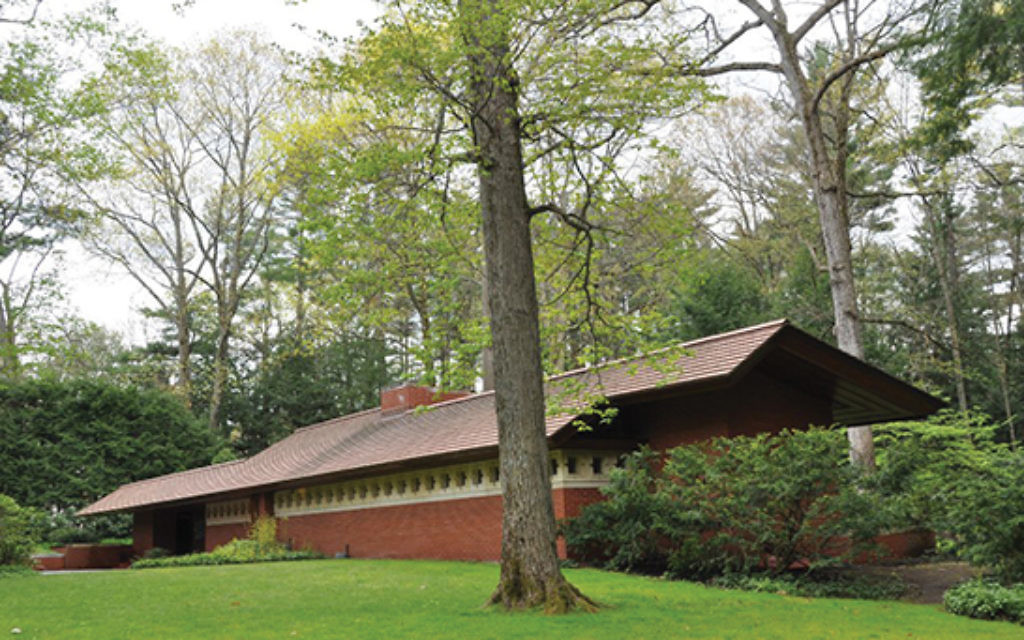 Roaming around southern New Hampshire, I could see why politicians enjoy hanging out in the state.

Oh, I know Bernie Sanders and Jeb Bush are in town to get out the primary vote. But I’m sure they also savor the red-brick Americana feel, the rectilinear buildings that line colonial-era Main Streets, and the flags waving around town greens.

As of a few weeks ago, foliage was nearing its colorful peak around Nashua and Derry, a city and a town, respectively, that have become de facto Boston exurbs. A drive up through pretty, prim Nashua that detours into the countryside up to Manchester — the largest city north of Boston — takes you through some of the most glorious examples of New England charm.

Nashua, a small burg about 20 minutes north of Lowell, Mass., epitomizes the area’s charm; Manchester, the core of Jewish New Hampshire, has an urbanity rare in these parts. Both owe their fortunes to the late 1800s, when bustling mills along the Merrimack River attracted legions of ambitious Bostonians — including dozens of Jewish merchant families.

The congregations that became Nashua’s Temple Beth Abraham and Manchester’s Temple Adath Yeshurun were founded in the 1890s; along with several newer temples, these institutions are where New Hampshire Jews find menorahs and bagel brunches, klezmer concerts and Israel lectures, and all manner of aid in preserving a Jewish way of life in a not-terribly-Jewish corner of New England. Locals love to tell you that Manchester is the hometown of Adam Sandler, possibly the most famous Jewish resident.

Last year, Nashua unveiled the New Hampshire Holocaust memorial, a thoughtfully conceived work of public art just off a commercial stretch of Main Street. Spearheaded by the local civic leader and child survivor Fred Teeboom, the memorial draws visitors in with railroad tracks that cut a sharp, incongruous line through the green lawn. High granite stones bear the names of six concentration camps, while a reflective cube encourages visitors to see themselves in a singular chapter of history.

Nearby, the cafés and bookstores of downtown Nashua are pleasant for puttering. But leave some daylight for a detour into the country roads toward Derry, where the iconic American poet Robert Frost found inspiration in a classic Yankee homestead.

The Robert Frost Farm is closed for tours until next spring, but the site — a white clapboard farmhouse, set amid a network of well-kept trails through the woods — is always available for leaf-peepers, hikers and those seeking rural inspiration.

Frost’s New Hampshire neighbor, the fin-de-siècle illustrator Maxfield Parrish, offered a more cosmopolitan aesthetic. The Philadelphia-born artist is a cult favorite for his swooning, romantic visions of female beauty — and despite the suggestion of that lush imagery, Parrish spent most of his adult life right here in the Granite State. Through the end of the year, an exhibition of his work is on display at the Currier Museum of Art in Manchester, one of New England’s finest and most distinctive institutions.

In addition to a collection that comprises works by Picasso, Monet and O’Keefe, the Currier includes the region’s only Frank Lloyd Wright-designed house that is open to the public. Wright famously designed many of his signature residences for Jewish clients, and a prime example is the Isadore J. and Lucille Zimmerman House. Now on the National Register of Historic Places, the flat-planed manse was built in 1950 for Zimmerman, a New York-born Jewish doctor, and his wife. The period interiors, gardens, and other details were installed by Wright himself, and are meticulously preserved — offering visitors an immersive tour of midcentury design.

While Zimmerman’s house is a bucolic retreat, Manchester hums with low-key urban activity. Stroll down by the Merrimack River waterfront, where a park offers views of the industrial-era factory buildings that define the region.

A number of downtown buildings are historically significant — most notably the Palace Theatre, a landmark on Hanover Street that is celebrating its centenary this year. Behind the vintage façade, this nonprofit arts center hosts a regular lineup of Broadway musicals, youth performances and a seasonal “Nutcracker” with a live orchestra. And as a downtown anchor, the Palace supports a number of lively bistros and boites on the surrounding blocks.

Throw in a stop at the L.L. Bean outlet, and you’ve more or less done Manchester — unless you’re stumping for primary votes. This corner of New England is deliberately unshowy, and much of it appears to have changed little in the past half-century.

That may or may not make it an electoral bellwether. But as an outpost of Jewish Americana, it’s as fine an example as any.