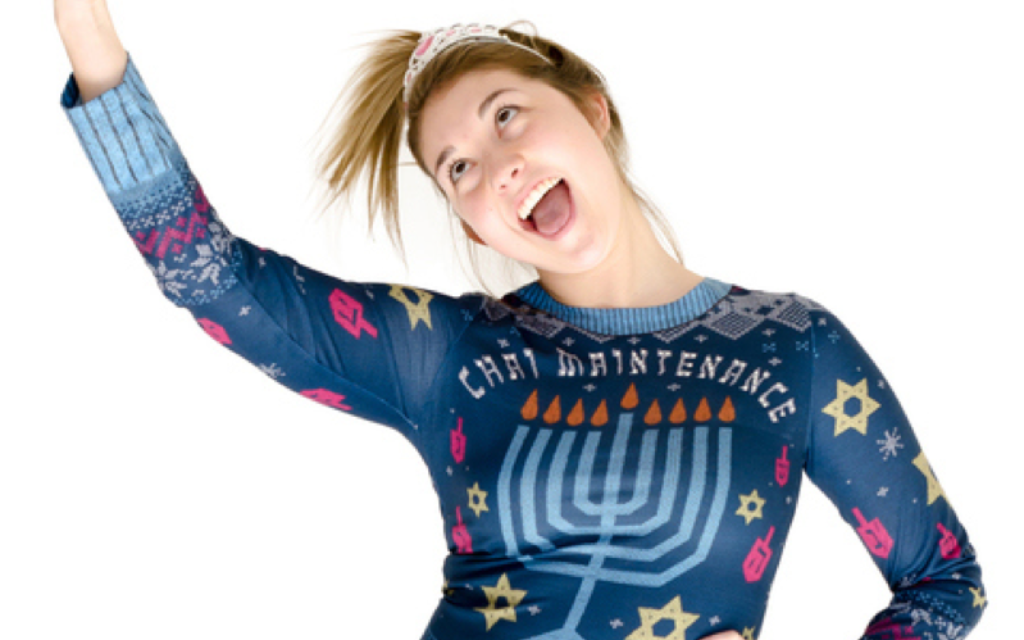 Until two days ago, the fashion chain was selling a women’s Hanukkah sweater with “Chai Maintenance” stitched on the front and “Hanukkah J.A.P.” on the back. While J.A.P. often stands for “Jewish American Princess,” a derogatory stereotype of a Jewish-American female, it is also used as an ethnic slur against Japanese people.

Many customers posted complaints on Nordstrom’s Facebook page. “I'm disappointed to see that Nordstrom is selling such an offensive item that perpetuates negative stereotypes of Jewish women,” wrote one commenter. “I hope you remove it from your inventory.” The store has since removed the sweater from stores but it still appears on their website.

A similar design in the men’s department attracted no pushback. The version of the sweater marketed towards men is appropriately cheeky, with a “Mazel tov” on the front and an “Oy vey” on the back accompanied by a “Happy Hanukkah” on both sides.

In the past, there has been a similar disparity between clothing items marketed to men vs. to women. Marvel, the comic book company that also sells clothing, marketed a line of t-shirts in April 2013 that read “Be a Hero” on boys shirts, and “I Need a Hero,” on girls shirts. DC Comics, another comic book company, sold t-shirts in September 2014 that read “Training to be Batman” for boys and “Training to be Batman’s wife,” for girls.

In September 2011, Forever 21 marketed a line of shirts for girls that read, “Allergic to Algebra” and another that read “I’m Too Pretty to Do Homework so My Brother Has to Do it for Me.”

Nordstrom’s is not the first clothing company to slip up in recent months. In February 2015, Urban Outfitters put out a concentration camp uniform-esque tapestry which was gray and white striped, and featured a pink triangle.

The company pulled the item after The Anti-Defamation League, an organization committed to battling anti-Semitism, wrote the CEO that the tapestry was “eerily reminiscent” of the Holocaust garb that gay male prisoners were forced to wear in Nazi concentration camps. In April 2012, the retailer sold a T-shirt which appeared to feature a Star of David on its breast pocket, reminiscent of the patch Jews were forced to wear during the Holocaust.

Zara’s, another large retailer, sold blue and white striped shirts with yellow stars reminiscent of Holocaust uniform t-shirts in August 2014, as well as handbags with green swastikas in September 2007; they were both pulled.


All we want for Hanukkah is for clothing designs to be sensitive to all genders and cultures, and not continue selling hurtful stereotypes.