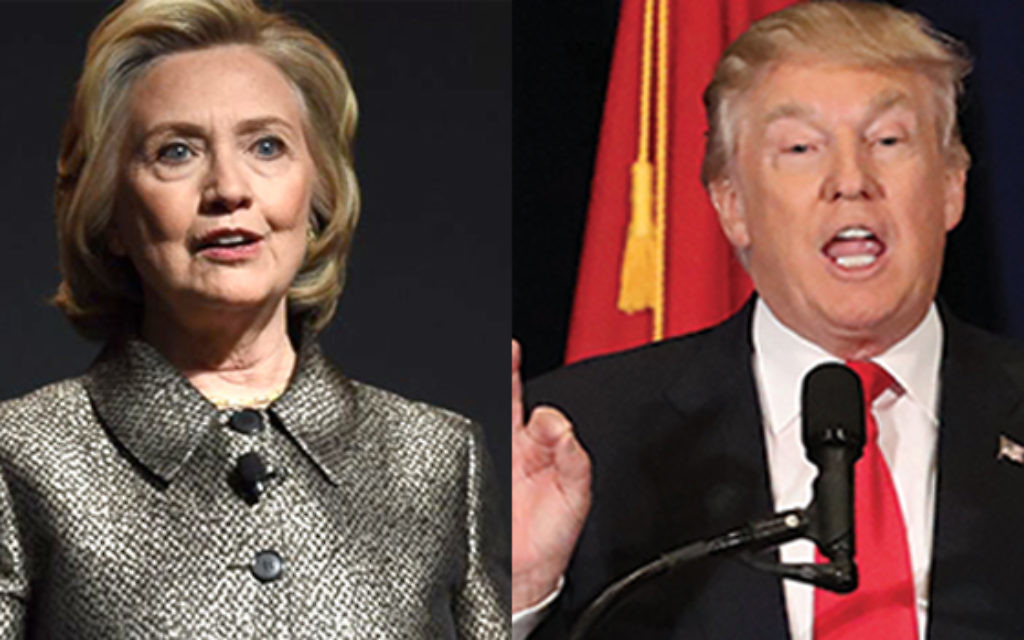 About half of all registered voters say their vote for president will be a vote against the other candidate, and the degree of a voters' religious observance has no impact on their choice.

Those were two of the findings in a newly released Pew Research Center survey of registered voters, which found also that a declining share of the American public believes it is important that a president have strong religious beliefs.

“In several previous election years there has been a fairly consistent majority who hold this view but the percentage has been shrinking,” said Jessica Hamar Martinez, the survey’s senior researcher. The survey was released Wednesday afternoon.

She said that currently 62 percent of voters share that view but that four years ago 67 percent believed it, and in 2008 it was held by 72 percent.

“It is due at least in part to the changing religious profile in the U.S. as we see a growing share of people who are religiously unaffiliated,” Martinez explained. “They are less likely to say it is important to them that a president have strong religious beliefs.”

“The younger generation is less affiliated and as they replace the older, more religiously affiliated generation there is basically no difference in their vote choice,” Martinez said.
“It’s not the case that religion plays no role,” she hastened to add. “When we asked whether churches and other houses of worship should express views on political matters — such as gun control and abortion — the public is divided. But when it comes to endorsing a specific candidate, most say they should not.”

Religiously unaffiliated voters — those who describe themselves as “atheist,” “agnostic” or “nothing in particular” — comprise one-fifth of all registered voters and more than a quarter of voters who lean Democratic.

Two-thirds of the religious “nones” said they would vote for Democrat Hillary Clinton were the election held today — the same number who supported Barack Obama at a similar point in his 2012 campaign but with less enthusiasm (some 36 percent strongly supported Obama compared with 26 percent who strongly support Clinton).

Although Vermont Sen. Bernie Sanders finally gave Clinton his formal endorsement this week, the Pew telephone survey of 2,245 adults conducted June 15-26 found she already had much of their vote. The religious “nones” were among the strongest Sanders’ supporters, but fully 87 percent said they would favor Clinton over Republican Donald Trump were the election held today.

Despite the professed wariness about Trump among many high-profile evangelical Christian leaders, the survey found that evangelicals as a whole are even more supportive of him than they were of Republican Mitt Romney at a similar point in his 2012 presidential campaign. Fully 78 percent said they would vote for Trump if the election were held today — including a third who “strongly” support him.

White evangelical Protestants comprise one-fifth of all registered voters and about one-third of all voters who lean towards the Republican Party.

Catholics, who comprise one-fifth of registered voters, are more evenly divided between the two parties.

The political preferences of Latino Catholics “look like Latinos overall, and they tend to vote Democratic,” Martinez said. “It’s hard to talk of a Catholic vote because of diversity, but white Catholics are more evenly divided.”

Overall satisfaction with the choice of presidential candidate is at the lowest point since 1992 with fully 41 percent saying that neither Clinton nor Trump would make a good president.

Indeed, 45 percent of white evangelicals said they would vote for Trump mainly to vote against Clinton while only 30 percent said Trump was their true choice. The same thing happened four years when only 23 percent of white evangelicals said they were actually supporting Romney while 44 percent said theirs was a vote against Obama.

The number of Jews polled was too few to analyze their responses separately, according to Martinez.