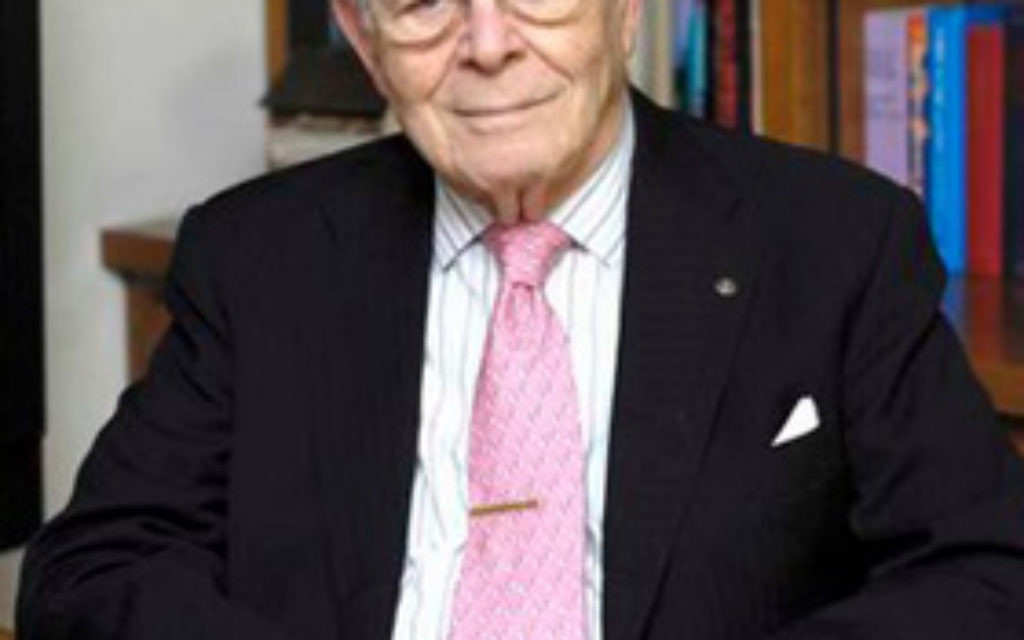 In the shadow of the controversial planned Islamic center near Ground Zero and a State Department alert about suspected Al- Qaeda attacks in Europe, several dozen experts on the threat to national security posed by contemporary Muslims met here Sunday

— and a 48-year-old turning point in Roman Catholic history became an unofficial theme.

Several speakers at the first Conference on Muslim Antisemitism, held at the Metropolitan Doubletree Hotel on the East Side and sponsored by the two-year-old Journal for the Study of Antisemitism, invoked the memory of the Second Ecumenical Council of the Vatican, which was held in Rome from 1962 to 1965. Vatican II, which introduced innovations in the Church’s liturgy, improved relations with the Jewish community by admitting Christianity’s fault for implicating Jews in the death of Jesus.

A similar interfaith effort is needed — but unlikely to happen — in Islam, which has become the chief instigator of anti-Semitism in recent decades, participants in the conference said Sunday.

A Vatican II form of “self-reflection” by prominent Islamic leaders is required in order to reduce tensions between Jews and Muslims, said Rabbi Richard Rubenstein, keynote speaker and author of the newly published “Jihad and Genocide” (Rowman & Littlefield). “I do not see this in Islam.”

Instead, said Rabbi Rubenstein and other speakers, Islam — little distinction was made at the conference between Islam itself and so-called Islamists who represent the extremist, terrorist wing — has become more assertive in preaching anti-Semitic aspects of the Koran and other Islamic texts, and Muslim leaders who engage in dialogue activities with non-Muslims often make less conciliatory statements to Arabic-speaking audiences.

In his keynote address, Rabbi Rubenstein said he finds dialogue with Muslims to be unproductive.

“I don’t engage in dialogue” with Muslim representatives,” he said. “I think it’s a waste of time. It gives them a legitimacy in the United States that they do not deserve.”

The rabbi’s remarks about dialoging with Muslims drew a mixed reaction from the conference participants, some five dozen of the leading experts — most of them Jewish — on Islamic politics and theology. Some of the other speakers said they enthusiastically take part in Jewish-Muslim dialogue. Many said they shared Rabbi Rubenstein’s feelings.

Many Jewish participants in Jewish-Muslim dialogue have been “burned many times” by Muslim participants who later made radical statements, said Sam Edelman, executive director of Scholars for Peace in the Middle East. He said he, and other potential Jewish dialogue partners, have grown suspicious of participating in such dialogues. “Without trust, dialogue is difficult.”

Though some dissenting views about the militancy of most Muslims were expressed at the conference, the participants, mostly scholars and activists who spend their time monitoring Islamic activities, were largely in agreement that Islam is a threat to Jews and that few Muslims would qualify as worthy dialogue partners. This would appear not to represent the diversity of thought in the Jewish community on this issue and put the sentiments of conference participants at odds with many mainstream Jewish organizations in the U.S. who continue to support an outreach to “moderate” Muslims while criticizing Muslim excesses.

Sunday’s conference was convened, said Neal Rosenberg, co-editor of the Journal for the Study of Antisemitism, because “there’s an ideological war going on.” The subject, he said, “is topical right now. Anti-Semitism on a worldwide basis is growing.”

A score of books on anti-Semitism are being published this year in the U.S., he said.

Rosenberg said he was disappointed that few members of the general public attended the conference. “It’s a problem of America,” he said. Most Jews in this country, he said, consider widespread attacks on Jews and Jewish institutions to be something that happens overseas, in Europe. American Jews “don’t feel threatened.”

Conference participants browsed at tables that exhibited such books, in English and German, as “Muslim Anti-Semitism in Christian Europe,” “Surrender: Appeasing Islam, Sacrificing Freedom” and “ Hatred of the Jew in the 21st Century,” and they viewed posters of anti-Semitic rallies in England.

Speakers at the conference described Muslims’ attempts to deJudaize Jewish scriptures and biblical sites in Israel, to deny the Jewish roots of Islam, to blame Jews for “slaying Allah’s prophets” and to equate Israeli actions with Nazi crimes.

Muslim anti-Semitism, they said, predates the modern Zionist movement, Nazi-style anti-Semitism and the establishment of the State of Israel, but can be traced to Koranic statements that call Jews “apes and pigs” and relegate Jews to an inferior status. They cited centuries of forced conversions, pogroms and expulsions at the hands of Muslims.

“There’s nothing new about this,” said freelance journalist Alyssa Lappen, who writes frequently for the Journal for the Study of Antisemitism.

Other conference participants shared their personal stories of experiencing Muslim-generated anti-Semitism, and they offered suggestions for countering Muslim anti-Semitism. Among the suggestions: make coalitions with non-Jews, especially with members of the Islamic community who are open to admitting the problems in their faith; work to have anti-Semitic references removed from texts used by Palestinian children and expose “left-wing” activists who abet Muslim anti-Semitism.

“Today we take for granted that it is a global phenomenon. We’re in a new era of anti-Semitism … you can find it at any moment and anywhere,” said Daniel Jonah Goldhagen, author of the best-selling 1996 book “Hitler’s Willing Executioners,” who is at work on a book about anti-Semitism. “The Internet makes it available. It’s a click away.”

“Vatican II was based on some form of mea culpa,” a Catholic admission of guilt in fomenting anti-Semitism, said Andrew Bostom, editor of “Legacy of Jihad and Legacy of Islamic Antisemitism” (Prometheus, 2008). “Mea culpa is not on the [Islamic] radar screen.”

“There is,” added Steven Baum, co-editor of the Journal for the Study of Antisemitism, “no mea culpa in Islam.”