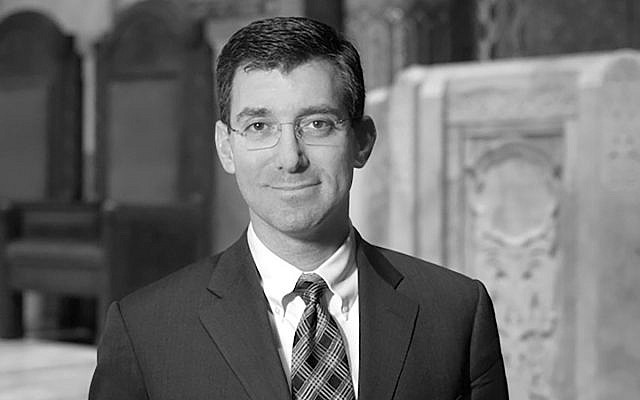 I am ideologically homeless. I am a liberal American Zionist, and I feel like I have no place to call my political home.

I am not a Republican. I consider myself more conservative than many liberals on matters of foreign policy and national defense, and more centrist than others on questions of whether government intervention or private enterprise is better equipped to boost the welfare of the poorest among us. But I remain aghast at the Republican Party’s stance on too many social issues, from women’s reproductive health to gun control. And its tacit support of President Trump’s nativism, racism, Islamophobia, fearmongering, dishonesty and sexual misconduct makes it no place for me.

Now, I don’t think I’m a Democrat, either. Though I have devoted much of my rabbinate to causes aligned with the party’s platform — environmental justice, marriage equality, human rights, a living wage, abortion rights and gun safety — my commitment to the Jewish people and to Israel runs too deep for me to tolerate the anti-Zionism and anti-Semitism of the party’s ascendant powerbrokers. I may have accepted Rep. Ilhan Omar’s anti-Semitic rhetoric as simple ignorance once, but not twice. House Whip James Clyburn’s defense of Omar, declaring her pain greater than that of families who survived the Holocaust, I do not accept.

Nor do I support the right-wing politics of those who govern my spiritual home, Israel. Prime Minister Netanyahu seems interested only in maintaining power, and by any means necessary. His reliance on ultra-Orthodox parties to build his coalition has ceded to the Chief Rabbinate a vice-like grip on matters of religious and civil liberty, including marriage rights and the recognition of Judaism’s liberal denominations. His embrace of a political party, Otzma Yehudit, whose antecedents, Kach and Kahane Chai, were so racist they were outlawed, descends to new depths of political expediency. He has never truly worked for the two states he claims to want.

So for now I am a wandering Jew. But I’m not alone. There are lots of us who see the world in more nuanced shades than our current politics permits. We believe in dignity for all — Palestinians included. We believe in equality for all — and that no politician’s job is done until it is achieved. We believe in public safety — and that government must guarantee it for Muslim legislators like Omar, who lives with death threats, as well as unarmed black men who are cut down in alarming numbers by police. And we believe in the State of Israel’s unquestionable right to exist as a national Jewish home — even if its leadership seems at times ethically bankrupt.

There is one advantage to ideological homelessness: You see a bigger picture standing outside than you do inside. A little nonpartisan detachment allows for a morally consistent critique of both left and right. So I think I’ll wander for a while longer.