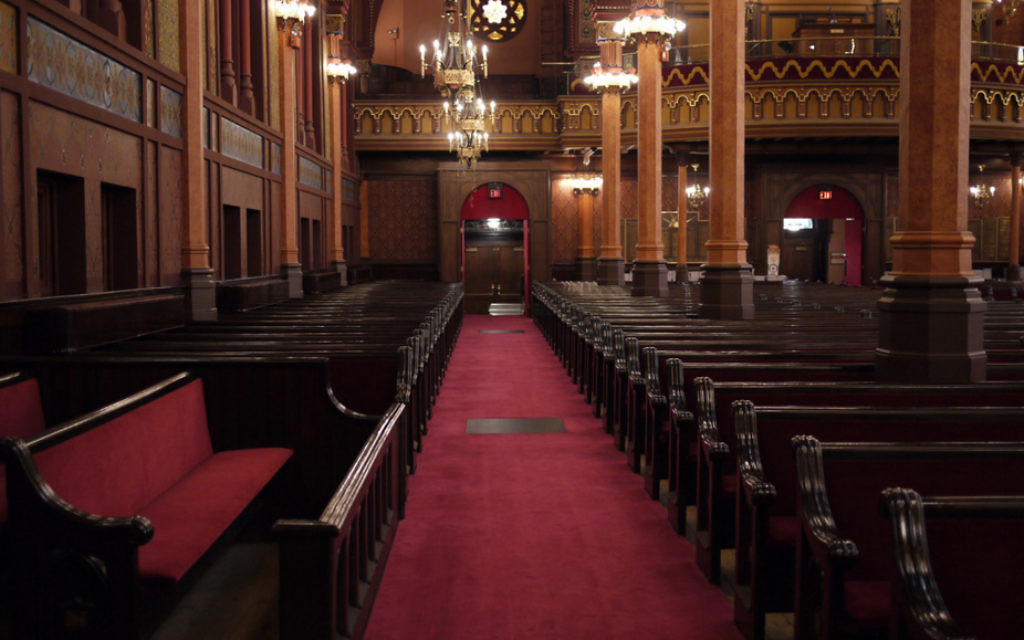 Some 5,000 Reform Jews will gather Nov. 4-8 in Orlando, Fla., for the biennial conference of the Union for Reform Judaism. With about one in three American Jews identifying as Reform, the movement constitutes America’s largest Jewish religious denomination. Read on for more about the movement, its leadership, and its connections to Cincinnati, Detroit, Scarsdale, New York, and, yes, Mattoon, Illinois.

Two of Reform’s three main institutions, the Union for Reform Judaism, the congregational arm, and Hebrew Union College-Jewish Institute of Religion, the flagship rabbinic school, are led by men who hail from the same synagogue: Westchester Reform Temple in Scarsdale. Both men, rabbis Rick Jacobs of the URJ and Aaron Panken of HUC, also have unconventional hobbies. Rabbi Panken is a licensed commercial pilot and has a degree in electrical engineering from Johns Hopkins University. Rabbi Jacobs, who stands 6-foot-4, is a former dancer and choreographer.

Today, half of all married Reform Jews have non-Jewish spouses, and 80 percent of those who married between 2000 and 2013 wed non-Jewish spouses. Concomitantly, the movement has moved away from discouraging intermarriage and has focused on welcoming intermarried families. In 1973, the movement’s rabbinical arm, the Central Conference of American Rabbis, issued a nonbinding resolution opposing officiating at intermarriages. In 2010, a Reform rabbinic task force recommended reaching out to the intermarried and adapting rituals to include non-Jewish family members. Today, most Reform rabbis perform interfaith weddings.

The movement’s rabbinical school bars ordaining rabbis who are married to non-Jews. However, Reform rabbis may marry non-Jews after graduation and face no sanction for doing so. Panken, the Hebrew Union College president, has indicated that a review of the longtime ban on ordaining intermarried rabbis may be in the works. (The Reconstructionist Rabbinical College recently dropped its own ban on intermarried rabbinical students, becoming the first U.S. Jewish denomination to make that decision.)

For converts, mikvah (and, sometimes, circumcision) are encouraged — but optional

Every year, at least 800-900 people undergo Reform conversions to Judaism, according to the movement’s records, and some 9 percent of all Reform Jews were raised as non-Jews. Conversion requirements and rituals vary. Immersion in a mikvah ritual bath is recommended but not required. Some men also undergo circumcision; others already medically circumcised undergo a drawing of blood called a “hatafat dam” to symbolize the covenant. Neither is mandatory. Those who have undergone a Reform conversion must make a public declaration of commitment to the Jewish people, living life as a Jew and Jewish values. They may do so at the mikvah, in the rabbi’s office before a three-person religious panel or in the synagogue sanctuary with the congregation present. In synagogue conversion ceremonies, converts typically hold the Torah, recite the Shema prayer, are given a Hebrew name and receive a blessing.

Summer camp is a major point of connection

Every summer, approximately 10,000 campers attend the Reform movement’s 15 summer camps — and the movement has plans to open five new camps by 2020. That’s nearly three times the number of children in the nation’s 13 Reform day schools. Between 2009 and 2014, enrollment at Reform Jewish day schools fell by 19 percent to 3,704 students, according to the Avi Chai Foundation, which tracks such data. Though about one in 10 Reform Jewish children are enrolled in Jewish day schools (including some at day schools not affiliated with Reform), about one-quarter are enrolled in some other Jewish educational program (such as supplementary Hebrew school) and about one-third take part in an organized Jewish youth program. With the Reform Jewish birthrate at 1.7 children per woman – lower than the replacement rate and below the other two major Jewish denominations (4.1 for Orthodox, 1.8 for Conservative) — the number of Reform Jewish children altogether is declining.

That would be Temple Israel in West Bloomfield, Mich., with 3,374 members. The smallest movement-affiliated synagogue? The Mattoon Jewish Community Center in Illinois: It has six members. Altogether, the Union for Reform Judaism has 858 affiliated congregations — about 15 new ones since the last biennial two years ago, according to URJ officials. Reform synagogues are spread across the country. Approximately two-thirds of American Reform Jews live outside the Northeast: 28 percent in the South, 22 percent out West and 9 percent in the Midwest.

HUC, Reform Judaism’s seminary, was established in 1875 in Cincinnati. Why Cincy? Because that’s where its founder, Isaac Mayer Wise, was a congregational rabbi. Today, the movement’s combined HUC-Jewish Institute of Religion maintains the Cincinnati campus as well as rabbinic seminaries in New York, Los Angeles and Jerusalem. (Last year, 10 of HUC’s 35 rabbinic graduates were ordained in Cincinnati.) Fun fact: The Klau Library at HUC Cincinnati houses the largest collection of printed Jewish material in America — and second in the world after Israel’s National Library in Jerusalem.

About half of new Reform rabbis are women

The gender breakdown of newly ordained Reform rabbis is about 50-50 these days, according to HUC. In all, 3,181 Reform rabbis have been ordained since HUC’s inception in the 19th century, including 724 women and 92 Israelis (37 of them women). The first American female Reform rabbi, Sally Priesand, was ordained in 1972, and the first Israeli woman to receive Reform ordination was Rabbi Naamah Kelman, in 1992. HUC also has 496 cantorial alumni, including 230 women, since graduating the first female cantor, Barbara Ostfeld, in 1975.

(Unless otherwise noted, the statistics cited are based on data from the Pew Research Center’s landmark 2013 survey of U.S. Jewry.)