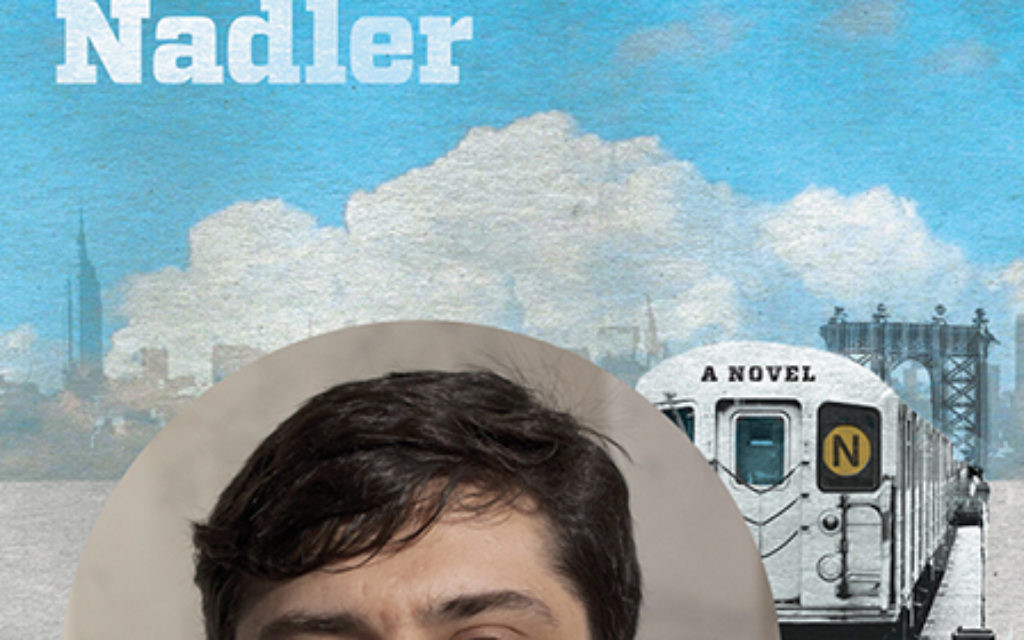 Ben Nadler’s New York City is layered with stories. Some stories have no borders, and characters shift easily from one urban tale into another; some stories are written as they are being lived while others are mythic.

In Nadler’s novel “The Sea Beach Line” (Fig Tree Books), set in the streets of Manhattan and Brooklyn, a young man seeking information about his disappeared father steps into his father’s stories and a web of connections. A compelling mystery and late coming-of-age tale, the narrative is filled with stories drawn from Jewish texts, both real and imagined.

Another newly published book, “The Blind Angel: New Old Chassidic Tales” by Rabbi Tovia Halberstam, translated and retold by Joshua Halberstam (Toby Press) is a collection of stories from a pre-Holocaust European world that is no more. The book itself is a New York story, and a tale of father and son.

Reading these books back-to-back was coincidental, yet each seemed more vivid in light of the other.

Nadler’s novel opens with the classic story of the four sages who enter the orchard and encounter the divine: One dies, one goes insane, one emerges with doubt. Only Rabbi Akiva emerges with perfect faith. The narrator, Isaac (Izzy) Edel reads this story in a college literature course (after taking acid the night before), and after that, he increases his use of hallucinogens as “a way to shake off the dust of the world” and make the hidden signs along his path glow. Soon after, he is expelled from school.

Back with his mother and stepfather in New Mexico, he receives a cryptic postcard from his father with the words “Coney Island” in block letters, and his mother receives a note from a stranger telling her that Alojzy Edel, her ex-husband and Izzy’s father, is missing and presumed dead. Izzy doesn’t believe “presumed,” and sets off for New York City to find him. His first stop is 18th Street in Coney Island, the return address on the note and the site of a museum dedicated to a single artist. (In an interview, Nadler points out that those who know the intricacies of the city’s grid, know that Coney Island skips 18th Street, and no such address exists).

Izzy’s parents had divorced when he was young. His father, an immigrant from Poland via Israel, was a street vendor who sold books in the Village and probably, as his family thought, hustled other things as well. He was tough and fearless, and fatherly in brief moments. Izzy admired his father and his father’s life, even as they were cloaked in mystery; so appealingly different they were from the suburban Long Island home where his mother moved them after the divorce.

Searching for clues to his father’s whereabouts, he begins selling his father’s remaining used books on West Fourth Street. Nadler’s depiction of urban street life in 2005, as the Lower East Side is becoming more gentrified, is natural and sympathetic. The author worked as a bookseller on the same street while he was attending the New School.

“It was my education. I would sit out there and read all day,” he says. “I wanted to be around books.” While working, he knew he had rich material, but didn’t yet have the storytelling skills. After graduating, he earned an MFA from City College.

“Working on the street, you have the sense that you’re very rooted in the concrete world, watching your back, immersed in books, texts and a dream world. I had to learn about how different types of stories function, and how to put them together.”

He found chasidic stories particularly appealing as they stand outside of time and space. He cites Kafka as an influence (and, when asked, shows a Kafka-inspired tattoo on his upper arm, next to a tattooed pencil). And he says he can’t underestimate the influence of Isaac Bashevis Singer on his writing. In fact, he made a pilgrimage to the Nobel laureate’s New Jersey grave to talk to him about his book.

Nadler, now 31, lives in Midwood, Brooklyn, and says that he is attracted to myths — the honoring of myths and also the destruction of myths. His most recent chapbook is “Punk in NYC’s Lower East Side, 1981-1991.”

The novel is peopled with booksellers, hustlers, gangsters, Russians, chasidim, immigrants who are largely unseen in city life and an intriguing young woman who is a chasidic runaway, also living on the streets. There’s white-collar crime as well as violent crime. The narrator is naïve and largely in denial, so the author has the challenge of keeping Izzy in character but also getting necessary information to the reader.

“The Sea Beach Line” is just released by a New York City-based publisher that specializes in fiction chronicling the American Jewish experience. Fredric Price, founder and publisher of Fig Tree Books, says, “We were looking for a young writer of great promise who could not only tell a good story but who was able to set it in a Jewish context; and this one had the added benefit of elements of intrigue and mystery.”

“The Blind Angel” is the title story in Joshua Halberstam’s collection of 40 “new old” chasidic tales. Like many of the masterfully told stories in this collection, this one touches on bittersweet matters of heaven and earth, wealth and poverty, a bride, a loan, dancing and prayer.

Halberstam, a scholar and best-selling author, was clearing a closet in his mother’s Borough Park home several years ago as she was preparing to move, when he came across boxes of his late father’s writing. One was filled with essays and newspaper stories, the other with more than 250 chasidic stories in Yiddish, each hand-typed right up to the edges of the page. These were the stories that Rabbi Tovia Halberstam retold on his popular radio show on WEVD, “Chasidim Dertzaylin” (Chasidim Retell). Often he’d read a single story over several programs and keep his thousands of listeners in suspense — they were known to stop the rabbi’s wife in the street to find out what happened next. The younger Halberstam remembers hearing his father’s voice from car radios as he’d walk to school in Borough Park.

He writes, “For chassidim, storytelling is itself a sacred performance. The tale, properly told, is akin to prayer for both the teller and the listener.”

As he explains, chasidic tales are usually stories within stories. A poor person or a seeker goes to a rebbe or pious man for advice, forming a framing story. The rebbe then responds by spinning a story in response. When the rebbe’s tale is complete, the scene shifts back to the life of the questioner, and it ends on a note of resolution. Often there’s humor and optimism along with tears, and the basic structure has endured for hundreds of years, passed down through oral tradition.

Talking with Halberstam is a lively endeavor; the interviewer is drawn into his stories within stories, followed by anecdotes and wise sayings. Clearly, he has his father’s storytelling gift. The elder Halberstam was born in Poland and came to the U.S. in 1923 (and then went back to Europe only to return in 1927). Joshua grew up in Brooklyn, the scion of rabbinic dynasties on both sides (he can trace his family back to 1500, and he’s the first not to become a rabbi). While he remains in close contact with his extended family, he has left that world; he teaches philosophy and communications at BCC/City University of New York and lives with his family on the Upper West Side.

Halberstam received a grant from the National Endowment for the Arts to take on these translations, and that is something he thinks his late father would appreciate. He grew up speaking Yiddish but still found translating the story and the world of the story for an audience unfamiliar with the tradition to be challenging. His voice is authentic, ever mindful of his father’s literary skills, such as foreshadowing.

“When it’s all said and done it’s the story,” he says. “If you want to tell the truth, you have to tell a story.”