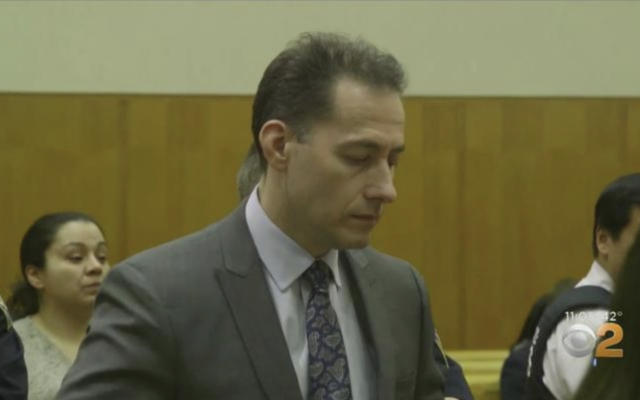 NEW YORK (JTA) — A jury convicted a New York man of killing his estranged wife in 2009.

On Wednesday, Rod Covlin, 45, was convicted of murdering Shele Danishefsky, a financial adviser with an estate worth $5.2 million.

The two were going through a divorce and custody battle at the time of Danishefsky’s death, which occurred hours before she was scheduled to meet with her lawyer and cut her estranged husband out of her will.

During the trial, one of Covlin’s ex-girlfriends said that while they were dating he had plotted to kill his parents.

The death of Danishefsky, whose body was found in a bathtub, was initially ruled an accident, and she was buried without an autopsy for what sources close to the police told the media at the time were religious reasons — Jewish law forbids autopsies.

However, in 2010, the family had her body exhumed and the medical examiner declared the death a homicide after an autopsy found that she died from “compression to neck,” according to the New York Post. Investigators were asked pointed questions during the trial about why they hadn’t pressed for an autopsy and why an unidentified “self-described rabbi” was allowed to clean the premises a day after Danishefsky’s body was discovered.

The pair met at a Jewish singles events, according to news reports, and were involved in the Jewish community.