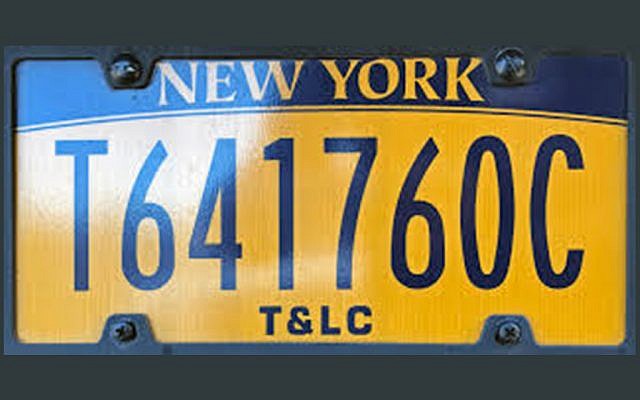 New York’s Department of Motor Vehicles has begun the process of revoking a vanity license plate that contains an anti-Semitic acronym.

The license plate belongs to Paul Schmieder of Queens and reads “GTKRWN,” which stands for “gas the kikes, race war now,” the New York Daily News first reported. The plate is attached to a white Chevy Silverado pickup truck.

“I have the right to put anything I want on my car,” its driver reportedly told the Daily News.

The DMV was notified about the plate by Assemblywoman Nily Rozic of Queens, who also went to the newspaper. In her letter to Motor Vehicles Commissioner Theresa Egan, Rozic wrote that “this specific language serves to agitate and incites violence against the Jewish community.”

DMV regulations bar license plates that are “in the discretion of the commissioner, obscene, lewd, lascivious, derogatory to a particular ethnic or other group, or patently offensive.”

“Anti-Semitism, in any form, has no place in society and must be addressed whenever and wherever it arises, particularly when under the purview of a government agency,” Rozic said. “I know you share in this commitment to rejecting a specific code of letters, signs, and numbers developed to symbolize offensive, racist terminology.”

A DMV spokeswoman told the newspaper that New York State has “zero tolerance for hate speech and as soon as the meaning of this heinous acronym was brought to our attention through the regular complaint process we immediately moved to revoke the license plate.”

The plate has been invalidated and new ones sent to the driver, she said.

Rozic learned about the license plate from a Commune online magazine story where writer Jay Firestone went undercover for three months into the alt-right community and met Schmieder.