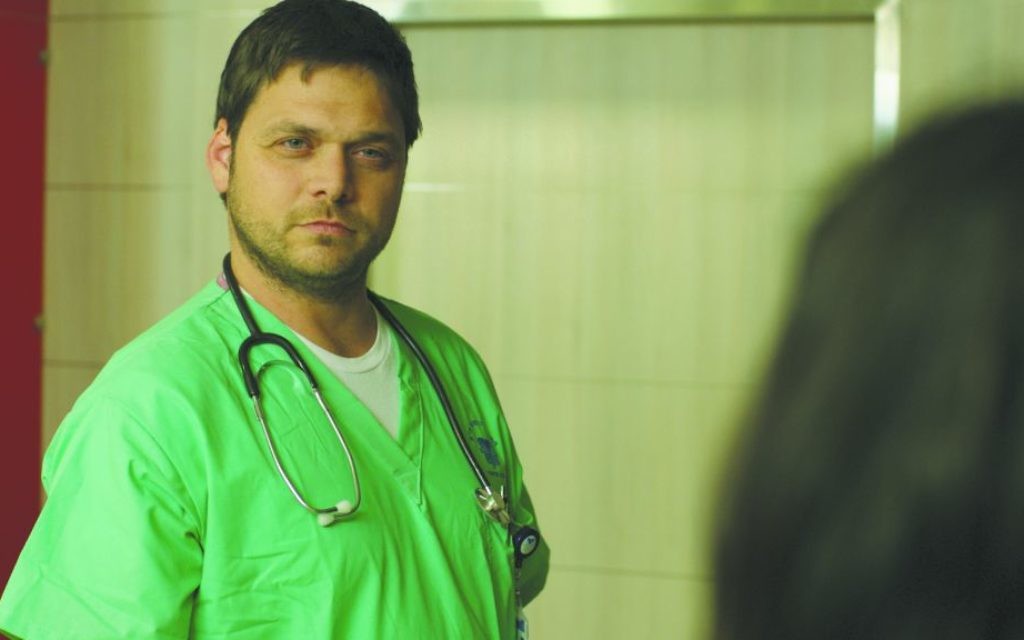 Ten years ago, when his film “Yossi and Jagger” was released to wide acclaim, Eytan Fox had no thought of a sequel.

“It dawned on me that I left this character in a very difficult place,” Fox said in a telephone interview from Tel Aviv earlier this month. “This character was important to me. I wanted to go back and save him.”

At the end of the earlier film, Yossi Gutmann, played memorably by Ohad Knoller, had just lost his lover and lieutenant, Jagger, in a catastrophic firefight on the Lebanon-Israel border. Since neither of the young soldiers had come out as gay, none of the film’s other characters knew how much Yossi was suffering.

Fox, the writer-director who had created him, knew, and it nagged at him.

“I wanted to start a process for him where he can realize where he is and start dealing with that and changing it,” Fox explained.

It took the filmmaker a decade to do that, and he says it wasn’t an entirely selfless act.

“It was also a way for me to go back and examine myself when I was a younger man,” Fox admits. “To look at how I’ve changed, where I am today as a person, as a film director. It was a manipulation I used on myself.”

If so, it was a relatively harmless one. The Yossi we meet at the outset of the new film is a promising young doctor, still in the closet and still emotionally repressed. (He’s also still played by Knoller, the only cast member still around from the first film.) If Yossi is 10 years older and, at 34, a bit calmer, so is his situation. There is a world of difference between combat in wartime and even the most fraught hospital cardiac unit.

Those differences are reflected in the style of the film. “Yossi” is a surprisingly and rewardingly understated film, the kind of film in which much of the emotional stress is conveyed through our view of the back of the protagonist’s head, the stolid glumness of his face and the extraordinary effort required to coax a smile from him. Where the Yossi of a decade ago was stoic, the Yossi of today is downright somber. It is no small credit to Fox and Knoller that he is never dull.

“I wanted to revisit myself, on a personal level and on an artistic, professional level,” Fox said. “I think the form I chose for ‘Yossi’ seemed better [for] today. I think Yossi, his life, his energy, the way he and his life are conducted suits this better.

“When we made the first film, I wanted to do something rough and documentary-style. This film looks more self-aware, formalistic. It’s more grown-up, more adult. As a filmmaker I have different films inside of me. This was right for me now. I’m better filmmaker than I was when I started and I’m a smarter, more aware person than I was.”

Knoller, too, is in a different situation than he was 10 years ago. Since making the earlier film, he had a child and a divorce and moved to Dimona to start an acting school. Fox admits that his star was a bit apprehensive about revisiting a character from a decade ago.

“He was frightened,” Fox said. “He was thinking, ‘Maybe we’ll ruin everything, maybe we’ll get it wrong.’ It took time to convince him. He said, ‘The only way we can do this is by talking about it a lot.’ I said ‘We have to talk a lot about ourselves.’ We talked about getting older, redefining what was important to us, living in Israel, all the different aspects of our lives. All that discussion went into writing the screenplay.”

But it wasn’t just Dr. Yossi Gutmann who had changed in a decade. As Fox notes, Israel itself has been transformed in significant ways that had an impact on his screenplay.

“Israel has changed in amazing ways; it’s not the Israel I grew up in,” he said. “In Yossi’s world, in my world, being gay and a soldier didn’t coexist. You couldn’t have both identities. But as the film says, it’s very different being openly gay in Israel, in the IDF, today. I wanted to show the character that it’s a new world out there.”

Will Fox revisit Yossi again? His next film, almost completed, is a musical comedy about a group of six unhappy women in a Tel Aviv suburb who decide to enter the Eurovision song contest. After that, he’s aiming at a huge project, an epic film about the Yom Kippur War.

“I’m a big believer in long-standing relationships, and this is the ending I wanted for him,” Fox said with a chuckle. “But is this the ending? I can’t really say. I never thought I’d be doing this sequel.”