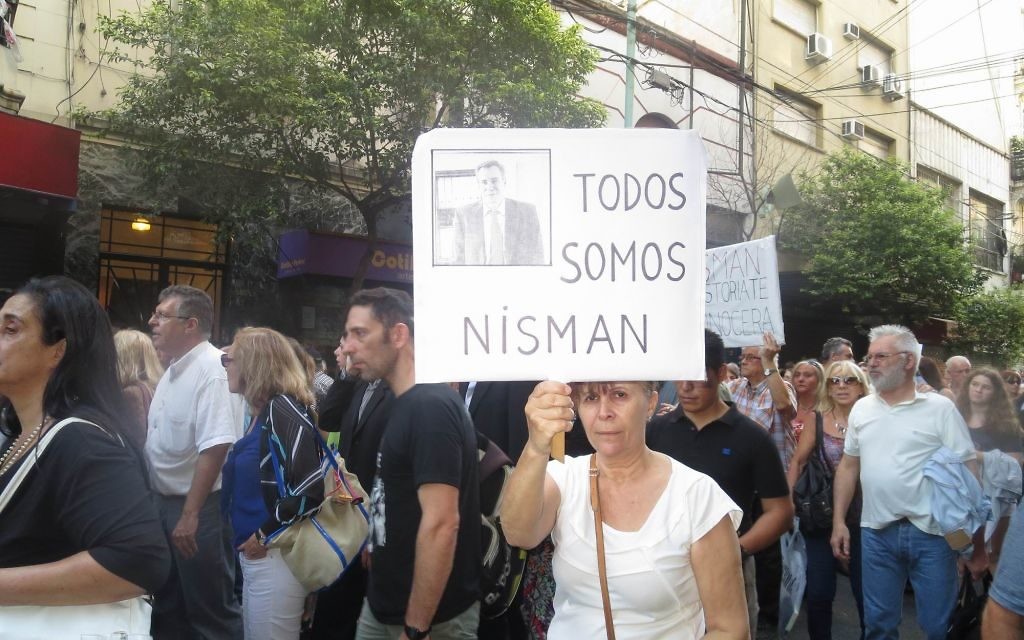 Buenos Aires, Argentina — The results of new tests on the gun believed to have killed Alberto Nisman appear to negate the possibility that the AMIA special prosecutor committed suicide.

Experts confirmed that three laboratory analyses performed on the gun tested positive for traces of gunpowder residue, according to new information released Monday. The .22 caliber Bersa that killed Nisman detected antimony, barium and lead in the electronic scans performed at the Scientific Laboratory of Tax Investigation, in the northern province of Salta.

A test performed in February on the prosecutor’s hands had detected no gunpowder residue.

The new tests seem to support the theory that someone else shot Nisman or cleaned the prosecutor’s hand. Some experts also said Monday that if the environmental conditions of the tests had slight changes, the results could be different.

“This is conclusive proof about the murder,” Nisman’s former wife, Sandra Arroyo Salgado, who is a judge, said Tuesday in an interview with Radio Mitre. “After this test, to argue that this is a suicide, you must say that Nisman shot himself with gloves and after that he took them off.”

In July, forensic pathologist Cyril Wech analyzed the case and said he believes that Nisman likely was murdered.

Prosecutor Viviana Fein has not yet released a final ruling.

“I cannot determine for the moment whether it was a suicide or a homicide,” she said on March 6, when she convened the authors of the independent forensic report to examine their evidence. Her final ruling likely will be released after the October presidential elections.

Nisman’s body was found on Jan. 18, hours before he was to present evidence to Argentine lawmakers that President Cristina Fernandez de Kirchner covered up Iran’s role in the 1994 attack on the AMIA Jewish center in Buenos Aires that left 85 dead and hundreds wounded.