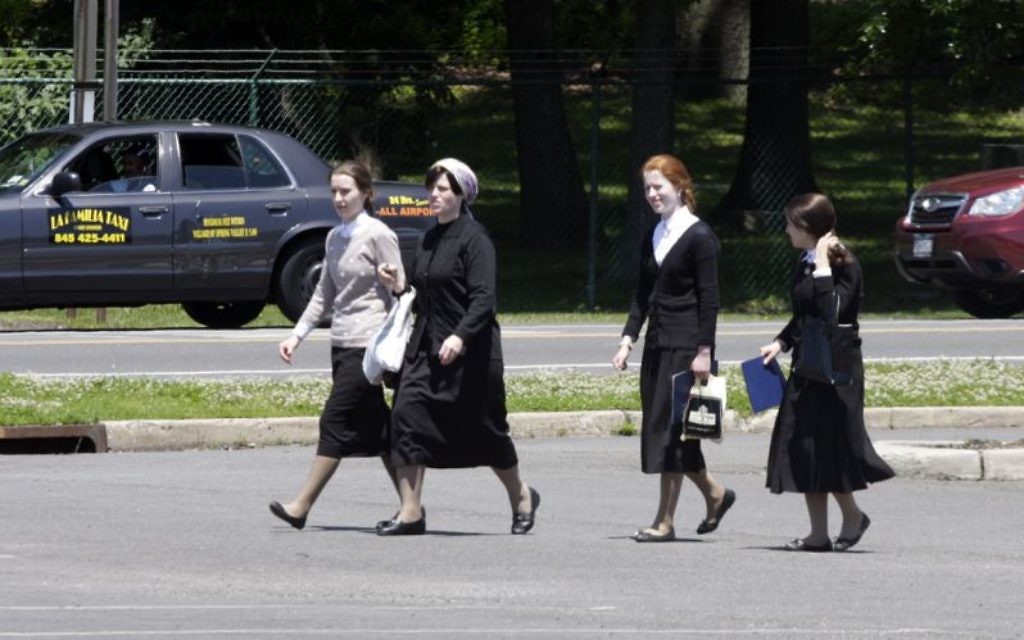 In addition to such rules as banning women from driving and men and women from sharing a sidewalk, the Rockland County ultra-strict chasidic enclave is now banning parents from using “non-kosher” cellphones and moms from using smartphones altogether, The Journal News reported.

This fall, the contracts parents must sign in order to send their children to the town’s only school also included a ban on the popular messaging application WhatsApp, and an edict put on the synagogue wall said all cellphones (even voice only) must have web filtering.

Avi Shafran, spokesman for the charedi umbrella organization Agudath Israel of America, said that New Square’s stringent rules are seen as radical, even by other chasidic groups.

"The New Square community has norms that are not normative in much of the rest of the charedi world,” he told The Journal News. “But its particular attitudes and customs inform the lives of those who are part of the community. By living there, the residents are accepting, usually embracing, the lifestyle of the community."

The new cellphone rules come after the Skverer authorities discovered that many people had secret non-kosher cellphones and offered a “large sum,” according to the Journal News, to anyone who would rat out their neighbors. Ironic, since while community leaders were railing against the Internet, a 2013 Jewish Week investigation found, the community was also receiving more than $3.3 million in federal funds specifically earmarked for networking technology.

The penalty for failing to follow the rules can range from public shaming to expulsion to excommunication and/or physical attacks. In his acclaimed memoir, “All Who Go Do Not Return,” Shulem Deen writes of his excommunication from New Square.

Four years ago, a New Square man who prayed with nursing home residents instead of at the shul of the town’s grand rebbe, David Twersky, was badly injured after a Skerver follower set fire to his home. Although Shaul Spitzer plead guilty and received a sentence of seven years, he had more than 60 supporters at his sentencing, the Journal News reported.