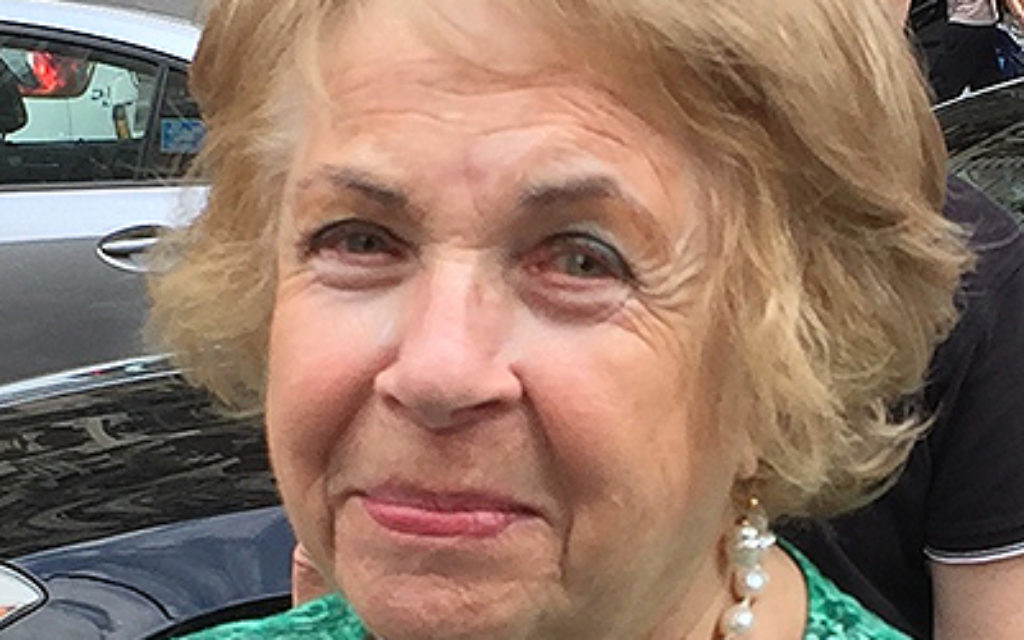 Thousands of Holocaust survivors originally from Poland — more than 3,000 in New York alone — will for the first time be receiving applications to apply for $130-a-month pension payments from Poland, thanks to a law that took effect last month, The Jewish Week has learned.

The law is expected to benefit nearly 20,000 survivors worldwide.

Gideon Taylor, chair of operations at the World Jewish Restitution Organization, said his organization has been negotiating with Poland for the past six months to ensure that the application process is as easy as possible. He said arrangements were finalized after he flew to Warsaw last Thursday.

“There was a strong case made that it would be an important step for Poland to recognize these former Polish citizens,” he said, noting that most Jewish survivors of the Holocaust who live in Poland have been receiving the same pension since at least 1991.

But Holocaust survivor Lusia Eimer, 86, of Forest Hills, remains skeptical. “I can’t believe Poland will pay anything,” she said. “I’ll believe it when I see it because Poland is not so ready to give out money.”

In fact, Poland is the only country in Eastern Europe that has refused to create a claims process to permit the restitution of private property owned by Jews before the Holocaust, according to Greg Schneider, executive vice president of the Conference on Jewish Material Claims Against Germany.

He said his office is sending out 12,500 applications to those believed eligible worldwide. The forms have been translated into English. The government of Israel is expected to send applications to another 7,000 of its citizens.

One of the things preventing Polish Jews who live outside of Poland from receiving the same pension as Polish residents was the requirement that the pension be automatically deposited in a bank in Poland. The new rules permit direct deposit into foreign bank accounts. The change was approved a year ago by the Polish parliament and President Bronisław Komorowski, and took effect last October for residents of the European Union and last month for those in the rest of the world.

Sebastian Rejak, the Polish foreign minister’s special envoy for relations with the Jewish diaspora, told The Times of Israel last year that the change was made because the old procedure was “cumbersome for many potential claimants.” The change means the Polish government will bear the cost of wiring money to claimants abroad.

The Polish government, Rejak was quoted as saying, has a special sympathy for Holocaust survivors and wishes to do “justice to those who suffered during the war — that’s how we see our responsibility to care for these people. … Ethnic criteria are irrelevant, but we acted with a special sensitivity for the Jewish survivors of the Holocaust. …”

Schneider noted that Polish law “insists that the form be filled out in Polish. Most of the form asks for names, places and dates, but there is one part in which the applicant must describe what happened to him, so we are enclosing in the mailing a list of agencies” whose staffs have been trained to help complete the application.

In New York, the Selfhelp Community Services — Holocaust Survivor Program and several JCCs are among the organizations prepared to help survivors. Officials stress there is no need to hire a lawyer.

The WJRO put the latest information on the program online, including all the information mailed to survivors and a list of organizations prepared to help survivors fill out the application at www.polishrestitution.com/pensions.

The pension program, known as the Legislation on War Veterans and Victims of War and Post-War Oppression, offers the monthly payments to both Jews and non-Jews who were detained by the Nazis in ghettos, prisons, concentration camps, extermination camps, or similar places of detention; forcibly deported to the Soviet Union; served in the Polish military, the Polish units of the Allied militaries, or in the Polish underground during World War II; or is otherwise considered a veteran or a victim of oppression.

Because the new law requires also that a Polish veterans group vouch for the legitimacy of each claim, Schneider said the American Gathering of Jewish Holocaust Survivors and Their Descendants and the World Federation of Child Holocaust Survivors have both agreed to provide letters of endorsement.

In addition, because the Polish law requires applicants to have a Polish address, the WJRO arranged for the Auschwitz Jewish Center, under the aegis of the Museum of Jewish Heritage in New York, to use its address for free for those who need it.

“The Polish government will send letters to survivors there, and the center will forward them to the survivors,” Schneider said.

“We’re trying to make it easy for survivors to comply,” he added.

Eimer said she knows of fellow Polish survivors living here who could use the pension. And she said she is pleasantly surprised that Poland has agreed to make the payments. Poland has long claimed it could not afford to make restitution to Jewish victims of the Holocaust.

Julius Berman, president of the Claims Conference, said in a statement, “The payments can make a real difference helping elderly survivors meet their daily needs and provides them a long-delayed measure of justice.”

Eimer said her survival in Poland during the Holocaust was nothing short of “a miracle.” She was born and raised in Kalisz near the German border, believed to be the oldest Jewish community in Poland. On the eve of World War II it was reportedly home to 20,000 Jews.

On Sept. 1, 1939, just days before Eimer’s 11th birthday, the Nazis invaded Poland. She said she, her parents and her older sister fled briefly before being caught. She was sent to the Lodz ghetto while her parents and sister were murdered in the Chelmno extermination camp.

“I was chosen by the president of the ghetto to be his foster child,” she recalled. “He had 10 boys and 10 girls in his home and kept us safe until they liquidated the ghetto in 1944. I was sent to Auschwitz and after two weeks … I volunteered to go to Hamburg to help rebuild homes that had been bombed by the Allies. I was there 10 months until they sent us all to Bergen-Belsen [concentration camp]. I was there for one week — starving — before the English liberated us” in April 1945.

Knowing that she had no family left in Kalisz, Eimer said she went to Sweden and wrote a letter — without an address — to her mother’s brother in Brooklyn. He got it with the help of the Hebrew Immigrant Aid Society and arranged for her to get a student visa to the United States. She arrived in 1947 and two years later met and married an American, Leo Eimer. They had three children.

“Everyone of us who survived, survived by a miracle,” Eimer said. “There are 120,000 people in Kalisz now and I don’t think any of them are Jews.”