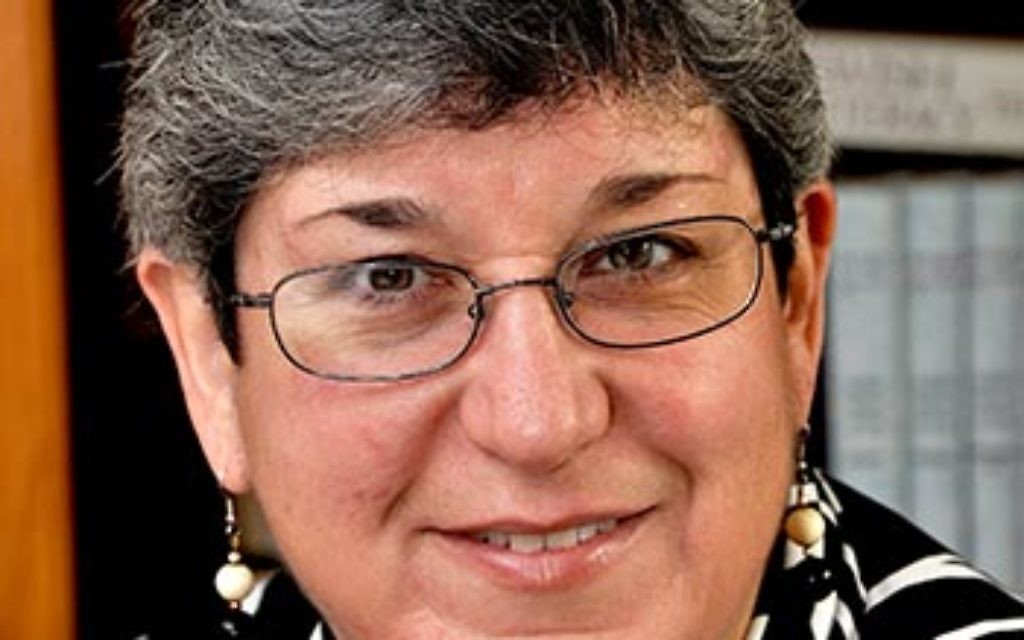 Rabbi Dana Z. Bogatz is happy to talk about her journey to the rabbinate, her warm welcome as the new rabbi at First Hebrew Congregation in Peekskill and her ambitions for the community.

Just don’t make a fuss about her being the first woman to serve in this role at this 120-year-old congregation.

“We interviewed both men and women,” said synagogue president Charles Newman of Yorktown, who was raised in the community. “The goal was never to hire a woman. Gender was not the deciding factor.”

Instead, what impressed Newman and the search committee was Rabbi Bogatz’s “outside-the-box approach way to connect.”

Still, both Newman and Rabbi Bogatz acknowledge that having a woman in the pulpit sends a projects a powerful optic.

“We’re at a place where we’re looking to be more progressive, expansive and pluralistic,” said Newman.

“My being a woman, by the fact of my gender, screams change,” said Rabbi Bogatz. “We have a female cantor, so this says we’re different.”

Rabbi Bogatz, who had previously served as the rabbi at Congregation Sinai in Milford, Conn., as well as Temple Beth Sholom in Stratford, Conn., and as assistant rabbi of Congregation Beth El in Fairfield, Conn., recognizes that the Jewish world has been “turned on its head. We are all Jews by choice.”

With synagogue affiliation no longer a foregone conclusion for the non-Orthodox, the rabbi is eager to do whatever she can to entice people to First Hebrew.

“We want to be more flexible and allow more kinds of people to feel comfortable here,” she said. “There are people who don’t necessarily want a religious experience, but are interested in intellectual, social and social-action involvement.”

One of Rabbi Bogatz’s initiatives, which is already under way in the few weeks since she’s arrived in Peekskill, is meeting people, especially the non-affiliated, outside the synagogue building, at neutral places like the Hudson Valley Community Center of the Arts. She’d like to see First Hebrew Congregation develop as a “92nd Street Y of the north, providing intellectual opportunities” for those in the area.

Another program that the rabbi has successfully brought to Connecticut, the provocatively called “Death Café,” is a discussion group that offers an “open and non-judgmental opportunity for people to learn, discuss and plan” for death.

And Rabbi Bogatz is exploring some kind of non-member affiliation that will enable “people who were here when they needed to be members — for their kids and Hebrew school — and have left, but feel like they want to support the Jewish community,” she said.

Raised in Meriden, Conn., where her family always had Shabbat dinner and went to services Friday night, Bogatz went to the University of Connecticut to study agriculture, specifically agricultural economics and rural sociology (she is still a dedicated equestrian who takes to the trails whenever possible, and she and her husband have two dogs). At college, Bogatz needed extra credits, so took Hebrew, which led to other Judaic courses. Although she started her working life in agribusiness (including a stint as a wholesale florist), Bogatz’s involvement with a chavurah, “renewed the idea of Judaism as a practice” for her, and in turn led to a chavurah summer institute. Initially focused on becoming a community organizer in the Jewish community, Bogatz ultimately was ordained at the Jewish Theological Seminary.

The reality, the rabbi said, is that “we want everyone’s Jewish past to be honored. There are those who come for shul, for education, for social activities, and for social action. There’s no judgment.”