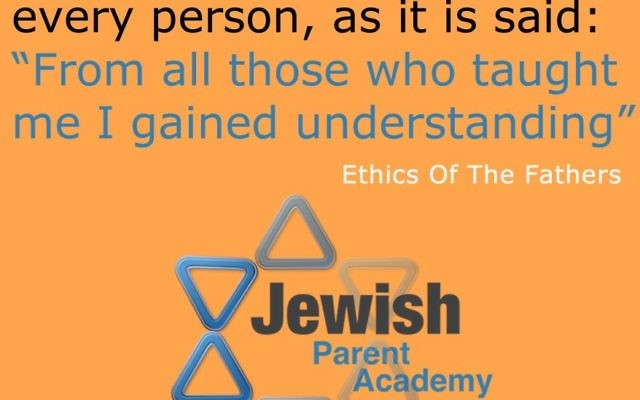 For many Russian-speaking Jewish parents living in NYC, the only connection to Judaism is through their children. Parents who came to America when they were teens during the 1980s and 1990s were less concerned about their Jewish heritage and instead focused on academic studies, on getting into a good college and on entering a lucrative profession. Now that their financial standing has improved this generation of parents wants to give their children something they themselves lacked, and in many cases are still lacking, a Jewish education.

Children from Russian-speaking families now increasingly attend Jewish preschools and day schools, go to Hebrew Sunday school and enroll in Jewish summer camps. This education in Judaic subjects often creates a knowledge gap between the child and parent, where the parents struggle to keep up with their kids' progress. Many parents want to be more informed in Judaic subjects but lack the time and resources to do it effectively.

The Jewish Parent Academy, a new Natan-funded initiative for New York’s Russian-speaking Jewish parents, will give those busy parents with the desire to learn more an opportunity to do so. In the first bi-weekly program, a selected cohort of 20 Jewish parents will study with top Jewish scholars including best-selling authors and professors at Ivy League universities. The program, which is provided at no cost to participants, will cover topics such as Jewish identity, Israel, history of Soviet Jewry, storytelling and much more.

“The Russian-speaking Jewish community here in NYC is made up of very smart, well-educated, and successful people,” said one of JPA's co-founders. “When you speak to them you quickly realize that there is a thirst for more knowledge on Jewish topics. Unlike our American-born friends, those of us who were born in the former Soviet Union had absolutely zero Jewish education. When we came to America our goals were mostly financial in nature. Now it is changing.”

To accommodate the parent's busy schedules classes will run in the evening every two weeks. JPA's founders hope that after the program, participants will continue their involvement in Jewish learning and activities. A JPA board member said, “for many of the parents this program will be the catalyst that pushes them towards a more proactive Jewish life. I absolutely believe this.”

Gennady Favel is an entrepreneur, currently residing in Brooklyn. He is a board member and co-founder at the Jewish Parent Academy. Gennady has served on the board of directors at Mazel Day School.