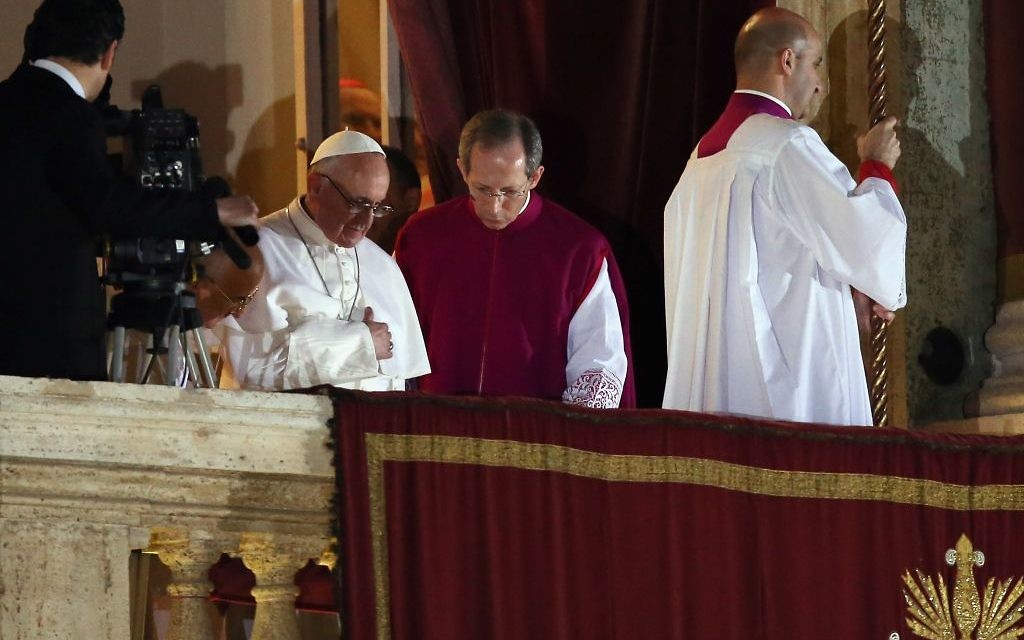 The selection of Cardinal Jorge Mario Bergoglio of Argentina to be the new pope of the Roman Catholic Church is being seen as a move that will continue to cement Catholic-Jewish relations.

Bergoglio, 76, who took the name Francis and is the first Jesuit ever to be chosen pope, has “demonstrated his profound solidarity with the Jewish community of Argentina in both times of sorrow and joy,” said Rabbi David Rosen, International Director of Interreligious Affairs of the American Jewish Committee.

He was referring to the high marks Bergoglio received in his response to the 1994 bombing of the AMIA Jewish community center in Buenos Aires that killed more than 100. The bombing, believed to be the work of Hezbollah terrorists with the backing of Iran, was one of the worst anti-Jewish attacks ever in Latin America.

In 2005, Rabbi Joseph Ehrenkranz of the Center for  Christian-Jewish Understanding at Sacred Heart University in Fairfield, Conn., praised Bergoglio’s leadership, saying: “He was very concerned with what happened.”
Rabbi Rosen said the Jewish community looks “forward to continued close collaboration with the Catholic Church under his leadership as we have been privileged to enjoy with his predecessors.”

It took Pope Francis just over an hour following his selection to appear on the central balcony of St. Peter’s Basilica to address the throng of well-wishers below. He appeared serene, asked the crowd for its blessing and then wished everyone a good night.

Francis becomes the 266th pontiff in the Church’s 2,000-year history, succeeding Benedict XVI who retired last month. His election came on the fifth ballot taken by the 115 Roman Catholic Cardinals assembled in Rome to select a new pope.

According to Rabbi Alfredo Borodowski, an Argentine native and executive director of the Skirball Center for Jewish Learning at Temple Emanu-el, the new pope “is known in Argentina as somebody with integrity who has stood strong against the excesses of the current administration [of President Cristina Fernandez Kirchner] and has been good to the poor and needy.

“He is very close to the current rector of the Seminario Rabinico Latinoamericano, Rabbi Abraham Skorka, and Rabbi Sergio Bergman, who is now part of the Buenos Aires legislature.” The new pope and Rabbi Skorka co-wrote a 2010 book on interfaith dialogue, titled “On Heaven and Earth.”

Rabbi Borodowski added: “I spoke with my mom a minute ago who told me that in Buenos Aires, they are celebrating as if they won the soccer World Cup.”