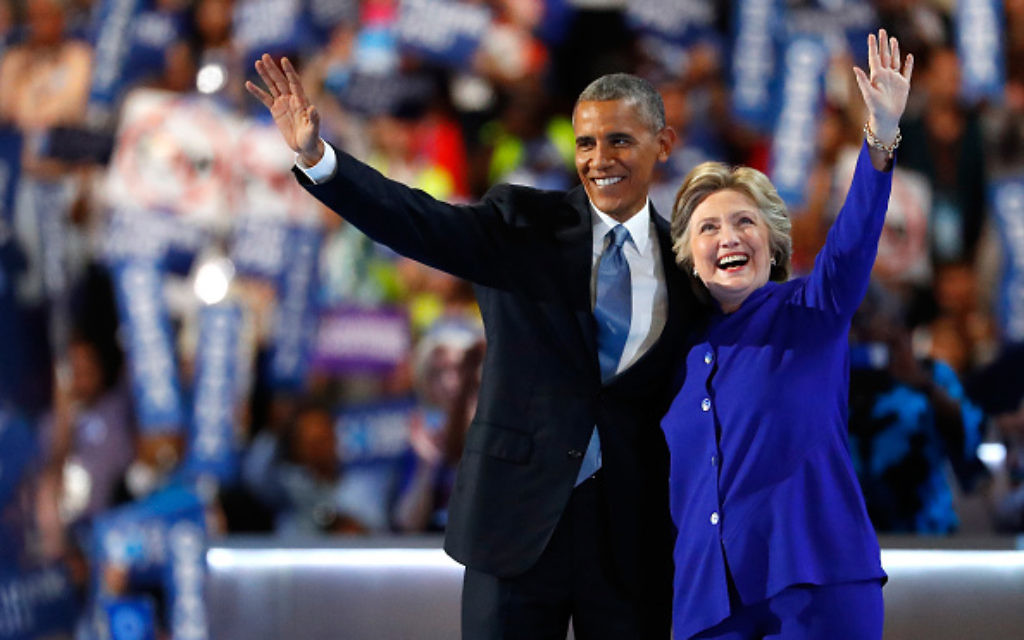 Philadelphia — Saying the Republicans have already begun distorting Hillary Clinton’s record on Israel and other issues of importance to the Jewish community, the National Jewish Democratic Council is creating a super PAC with the goal of raising $5.5 million for a media blitz that would set the record straight.

“Every four years some group funded by Sheldon Adelson or others comes at Democratic candidates with lies and distortions to distract Jewish Democrats from voting Democratic,” said Rep. Ron Klein of Florida, chairman of the PAC, known as Jews for Progress.

The super PAC will launch today.

“They did it to John Kerry, Barack Obama and now Hillary Clinton, who has an impeccable record as senator and secretary of state,” Klein told The Jewish Week. “I’m not saying that everybody agrees with everything she did, but she has a very strong and consistent record on the issue of Israel’s security and maintaining a great U.S.-Israel relationship.”

Klein continued, “She has a lifetime of support for the Jewish community, and that is what people will view — in addition to the values she shares with the Jewish community — including taking care of the elderly, women’s choice issues and maintaining an independent Supreme Court that will protect personal rights.”

Jews for Progress is a super PAC, an independent political committee that supports a candidate with unlimited, often anonymous, donations from companies, unions, or individuals. It cannot contribute directly to Clinton’s campaign but it plans to run favorable ads in social media and broadcast media about her and ads that attack her Republican opponent, Donald Trump.

“Our mission is to make sure we educate the Jewish community in swing states — Florida, Ohio and Pennsylvania, and also in Colorado, Virginia, New Hampshire and Iowa,” Klein said.

Citing polls that show the race too close to call in the swing states, Klein pointed out that the margin of difference in Florida in the Al Gore-George W. Bush race was only 537 votes.

“This is going to be a very tough election for this country,” Klein observed. “It is a very nasty election.”

He said the other objective of Jews for Progress is to inform the broader Jewish community about Trump “and his statements about Jews and Israel and being neutral [in the Israeli-Palestinian conflict]. His temperament and naiveté about foreign policy and rushing to judgment about any issue has consequences.

“I think he’s one of these guys who lives in a bubble and loves adulation and who has an ego he is trying to satisfy. He’s not running for mayor of West Palm Beach — he’s running for president of the United States and when he talks about NATO and Russia he must be conscious of the import of his careless comments.”

Klein added that Trump “does not represent the Jewish community’s best interests as a stable foreign policy leader and as one who shares very few Jewish values — to the extent we understand what he is saying — in his domestic policy.”