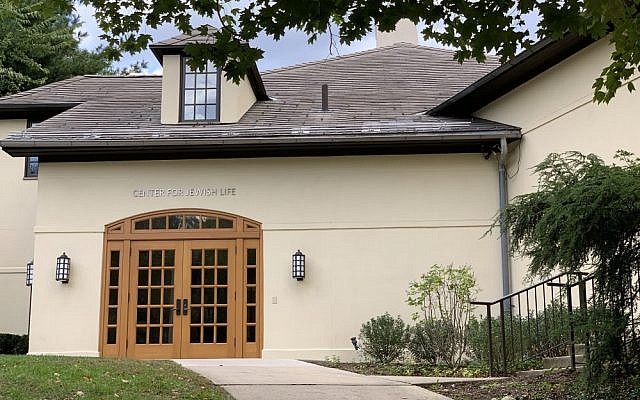 Latin American flags adorned the walls of the Princeton University Center for Jewish Life (CJL) as 300 students and family members enjoyed the delicious food and welcoming atmosphere of the first Latinx Shabbat, which was sponsored by the CJL, the USG Projects Board, the Latin American studies department and the Spanish and Portuguese department.

The Shabbat dinner was the inaugural event of the new student group, J-Lats, which brings together students of both Jewish and Latinx heritage. Students in attendance represented 11 different Latin American countries.

Waserstein founded the club in the spring of 2018 when he saw that a place for students who were of both Jewish and Latinx heritage did not exist.

“The Princeton community has this rich diversity that we all agree with, but there’s more to it than what you see,” he explained.

Waserstein himself is of both Jewish and Latinx heritage. His grandparents fled Poland after surviving the Holocaust and moved to Cuba before eventually relocating to Costa Rica.

There are plenty of other University students who share Waserstein’s Jewish and Latinx identity. Waserstein mentioned that there are more students with this “dual” identity than he could have expected. Currently, J-Lats has 23 students on its email list.

“It’s been hard for me to be a part of the Latin groups on campus while navigating Shabbat observance and keeping kosher,” explained Yael Lilienthal ’19. “Half the fun of these programs is getting to eat food that tastes like home.”

Gabrielle Sudilovsky ’22, echoed that feeling, “I want to be a part of J-Lats because it is a group that represents my own family’s background. My grandpa was from Argentina and before that his family was from Europe. Most people don’t realize there are Jewish people in and from South America, so as a freshman, hearing about this club made me very excited!”

The organization has plans to hold events that combine Jewish and Latinx heritage, such as kosher churro study breaks and bachata dance classes at the CJL. In addition, J-Lats hopes to work with the thriving Latinx community in the town of Princeton.

Because the Latinx Shabbat occurred during the First-Year Families Weekend, more than 30 families were in attendance, according to Rabbi Ira Dounn, the senior Jewish educator at the CJL.

Waserstein explained that having the event during Families Weekend allowed “the broader community to know about the intersectionality that exists between being Jewish and Latino.”

CJL associate director Marni Blitz said that the attendance at the Latinx Shabbat was the largest attendance at a Shabbat — apart from a Shabbat during Reunions — that she has seen in her 11 years working at the CJL. She added that she hopes that J-Lats will break the stereotypes that “all Jews come from the same part of the world, and eat the same types of food, and think the same way.”

J-Lats will receive funding from Co-Create, a CJL incubator program that gives grants to student projects. Dounn explained that J-Lats is just one example of how people do not have to conform to any particular standard “to be welcome and a part of [the CJL] community.”

Blitz echoed Dounn’s sentiments, noting that CJL does not “just acknowledge that students are from different parts of the world” but “embraces that.”

In his speech at the Latinx Shabbat, Waserstein encouraged attendees to “ask questions about the intersection between Latinx and Jewish heritage; converse with someone you’ve never met; go out of your comfort zone in pursuit of building beautiful bridges over our linguistic, cultural, racial, and religious differences.”

“Call it a mishpacha or familia — tonight we celebrate as one united family!” he said to close out his speech.

Naomi Hess is a freshman at Princeton University.

This piece was adapted from an article that appeared in The Daily Princetonian and is part of “The View From Campus” column written by students on campus. If you would like to contribute to it, email lily@jewishweek.org for more info. We are grateful to The Paul E. Singer Foundation for supporting the Write On For Israel Program.