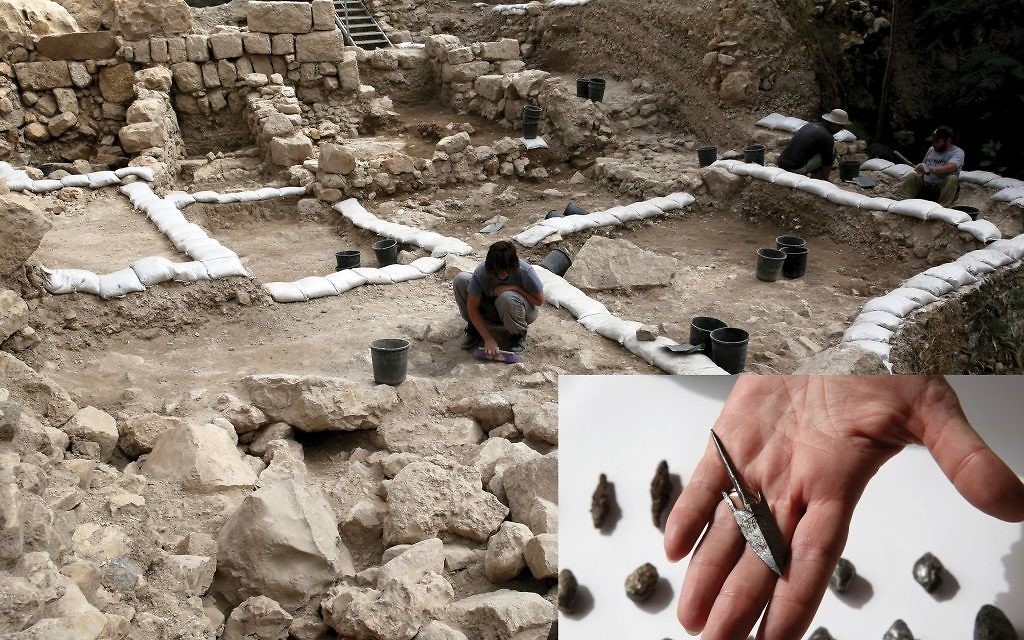 In recent years the paved area outside of the walls of the Old City of Jerusalem served as a parking lot.

Two millennia ago it was a part of Jewish history.

The Israel Antiquities Authority announced this week that a decade-old archaeological dig has uncovered evidence of the Greek fortress of Acra, which was used by King Antiochus IV Epiphanes to put down the Maccabean revolt at the center of the Chanukah story.

Archaeologists can now reconstruct how the city looked on the eve of the Maccabees’ revolt.

The finds, “silent remains of the battles that took place there in the days of the Hasmoneans,” the priestly family that led the Maccabean revolt, ” solve “one of Jerusalem’s greatest archaeological mysteries,” the Authority said in a statement. They “indicate the establishment of a well-fortified stronghold that was constructed in the high bedrock cliff overlooking the steep slopes of the City of David hill. The newly discovered fort controls all means of approach to the temple atop the Temple Mount.”

Authority workers, left and top right, examine the City of David site; a Authority member shows an display of the artifacts, above.

Acra, from the Greek word acropolis, a fortified place overlooking a town, was occupied by mercenaries and Hellenized Jews. It was built to consolidate the Seleucid-Greek empire’s control over the city, and played a crucial role in the Maccabees’ 167 B.C.E. revolt against Greek rule; it was recaptured by Jewish fighters in 141 B.C.E. and was believed to have been razed several years later.

The Book of Maccabees and the historian Josephus Flavius located the fort within the City of David; it is believed to have been part of a system of defensive structures built by the king to end the Jewish rebellion.

The Authority will open the site to the public by Dec. 6, the first day of Chanukah.