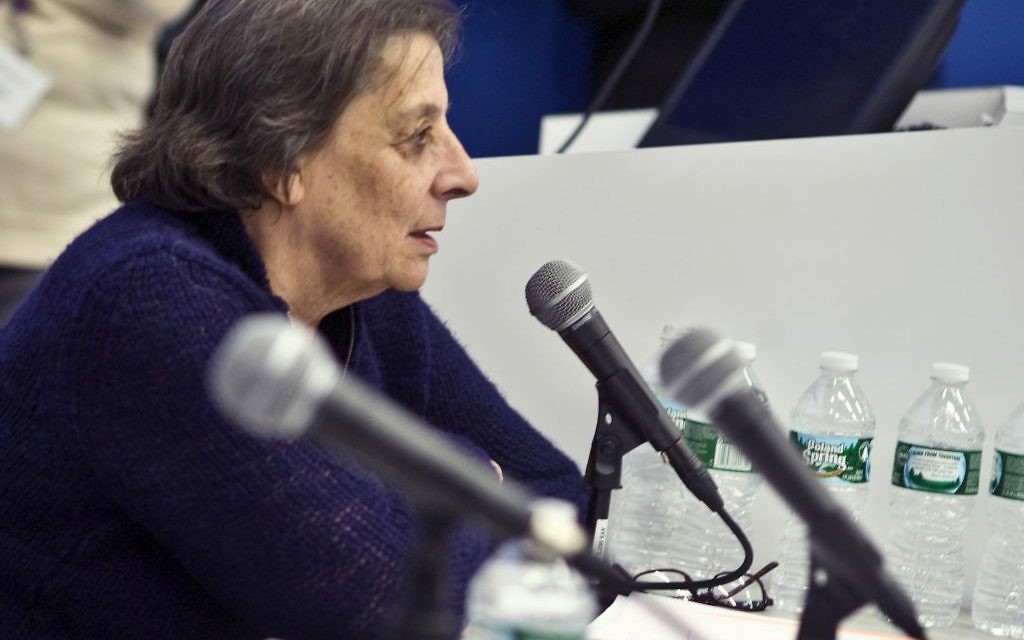 In what appears to be a major breakthrough in the long, tortuous effort to solve the problem of agunot (or, chained wives), an international bet din (religious court) is in formation, headed by a highly respected Orthodox rabbi, with the goal of freeing women trapped in broken marriages.

Blu Greenberg, a longtime activist on this issue and founder of JOFA (Jewish Orthodox Feminist Alliance), announced at the group’s international conference this week that Rabbi Simcha Krauss, former rabbi of the Young Israel of Hillcrest and now living in Israel, has agreed to serve as the head of an independent rabbinic court in formation seeking “systemic halachic solutions” to the problem.

A major figure in centrist Orthodoxy who was president of the Religious Zionists of America, Rabbi Krauss made aliyah in 2005 and is affiliated with Yeshivat Eretz HaTzvi in Jerusalem. He is well respected for his Torah knowledge and integrity by a wide swath of the Orthodox community.

But the key to the new court’s success may well rest on one of the two leading Israeli rabbis associated with the haredi community who have given their imprimatur to Rabbi Krauss. Most significant is Zalman Nechemia Goldberg, a rosh yeshiva, posek (religious decisor) and chief justice of the rabbinical high court in Jerusalem.

The other is She’ar Yashuv Cohen, former chief rabbi of Haifa and president of its rabbinic courts. A third prominent Israeli rosh yeshiva has also signaled his support for Rabbi Krauss but prefers to remain anonymous at this time.

Highly respected by all segments of the Orthodox community, Rabbi Goldberg was the first to sign on to the Rabbinical Council of America’s pre-nuptial agreement program, to prevent agunah cases, and helped give it credibility.

“As long as Rav Zalman Nechemiah is on board with Rabbi Krauss,” the new venture is “untouchable,” noted an expert on the issue. But he added that haredi elements opposed to the new bet din could put strong pressure on Rabbi Goldberg to retract his support.

“Most of all,” the source said, “it must be truly independent.”

Rabbi Krauss, in an exclusive interview, said on Monday that while he is somewhat concerned about the criticism sure to be leveled at the new court from those on the right, he is prepared to go forward and hopes the court, which at least initially is slated to be based in the U.S., will begin its work in 2014.

“I am not a revolutionary, and I understand that halacha [Jewish law] moves slowly,” he said, “but it’s been too slow. It’s time.”

He noted that in his extensive experience as a pulpit rabbi in America he saw too many cases where small bet din courts, particularly in Brooklyn, were subject to “corruption, bribery and utter falsification” in championing the husband and unwilling to free the wife from broken marriages.

“The numbers [of agunot] are real, and big, and they are tragic,” he said. (While precise numbers are hard to come by, Jeremy Stern of ORA, Organization for the Resolution of Agunot, says his New York-based group receives about 150 calls a year from women seeking help, and is working on about 50 cases at any given time.)

Rabbi Krauss said he hopes to bring six to 10 dayanim (religious court judges) on board to his bet din. The first two named are Rabbi Yosef Blau, longtime mashgiach ruchani (spiritual advisor) at Yeshiva University, known as a champion of victims of abuse, and Rabbi Joseph Polak, who served many years as Hillel director at Boston University and chairs the halacha committee of the Boston bet din.

The problem of agunot is a major one in the Orthodox community for two key reasons. It leaves the woman in religious limbo, unable to remarry and have a child (who would be considered a mamzer, or bastard). And it represents a moral and theological challenge to the notion that halacha is based on ethics and human rights.

How can it be, ask critics of the status quo, that halachic Judiasm can tolerate a situation where a woman is trapped in a marriage, at the mercy of a husband who can, and often does, use his power for purposes of extortion, making demands – like child custody or large fees — to consent to release his wife?

The most recent effort in this country to solve the agunah problem, based on the halacha that the husband has the absolute right in religious divorce cases, began in the 1990s. It was the bet din of the late Rabbi Emanuel Rackman, a major figure in Modern Orthodoxy and president of Bar-Ilan University.

Concerned about the moral injustice of Jewish law as it was being practiced, and sympathetic to the plight of women who were trapped in marriages, he issued divorces on the basis of kiddushei ta’ot, a Talmudic concept for annulment. Its reasoning was that if the woman had known before the wedding what she later came to learn about her husband – that he was abusive, for example – she would not have married him.

Though Rabbi Rackman was deeply respected in the Modern Orthodox community, his approach was sharply criticized by his rabbinic colleagues as too lenient. The practical result was that many refused to officiate at the subsequent weddings of women who had been freed by the rabbi’s bet din.

Some observers believe the new effort may be more successful for reasons both halachic and political, with Rabbi Goldberg, the Israeli posek, as the key to both elements – a top halachic authority connected to the haredi community.

In Blu Greenberg’s talk on Sunday (full disclosure: it was sponsored by my wife — a member of JOFA — and me, though we had no knowledge of what she would discuss), the JOFA founder described how the bet din came to be. She said it was the outcome of an Agunah Summit held this summer, which sought to widen the issue from a narrow religious one to one of social justice and human rights. The clear goal was to find a “systemic solution” to agunot based on halachic sources and precedents. And that led to the formation of the new bet din.

In addition to kiddushei ta’ot, Greenberg said that several other halachic solutions that have been used historically by prominent rabbis, going back centuries, are under consideration. They include hafka’at kiddushin, permitting an annulment under extreme circumstances of a husband’s refusal to grant the divorce, and giving a bet din the right to force a recalcitrant husband, even physically, until he willingly gives his wife a get. (The latter solution, which combines coercion and free will, has led to headline-grabbing cases of hired thugs beating men up or threatening them until they agree to give the get.)

Rabbi Krauss said that while he could not guarantee, on principle, that every agunah who approaches the bet din would be freed, he believes that in practice, “99.9 percent” could be.

He implied that he may follow some of the practices and interpretation of Sephardic sages, which have resulted in far fewer cases of agunot.

“I won’t make a joke of this,” he said, noting that he and the six to 10 dayanim (religious court judges) he plans to bring on board would take each case on its merits. He said he has told the rabbis who endorsed his efforts that he would never issue a divorce where subsequently they would be uncomfortable officiating at the wife’s next wedding.

The Rabbinical Council of America, which is affiliated with the Bet Din of America, for whom the planned court is a potential competitor, responded cautiously for now.

While noting that Rabbi Krauss is “a respected member of the RCA and Talmid chacham [scholar]” and that the issue is important, Rabbi Mark Dratch, executive director of the rabbinic body, said, “we don’t know enough about the situation.” He added: “In any halachic matter, it’s not just the rabbinic personalities at issue but the reasoning behind it.”

Elaborating on the work of the planned bet din, Rabbi Krauss said its work would be timely, avoiding long delays, and that while there would be standard legal fees, no woman would be turned away for lack of ability to pay. He said the bet din would call on mental health professionals for their expertise; incorporate input from women and divorce mediators; have an ombudsman; be transparent in recording its findings (without names of the couples); pay the judges salaries comparable to Israeli judges; support pre-nuptial agreements; and also handle divorces cases that did not involving agunot.

Greenberg, emphasizing the independence of this enterprise, said that while JOFA supports the planned bet din, the women’s group was not a sponsor, and that funds were being sought to support the new bet din from foundations and others.

“Our goal,” she said, “is to free agunot and self-destruct,” meaning to put an end to the need for rabbinic courts adjudicating agunah cases.