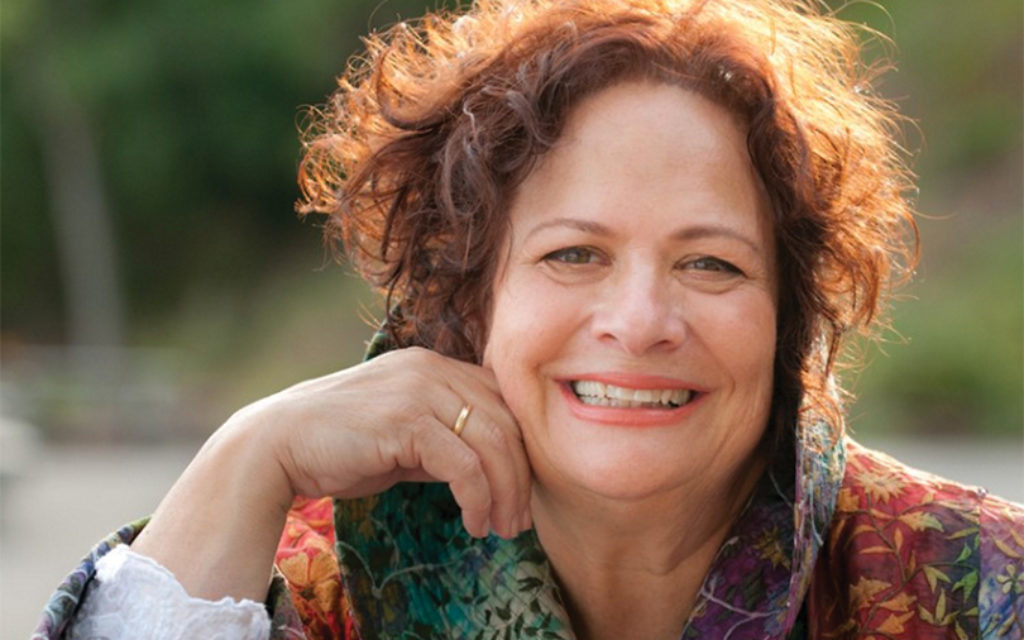 Manhattan’s newest pulpit rabbi has neither an office nor a building, nor a list of paid-up members, as she begins her new job this month.

The Shul of New York holds High Holiday services at the Angel Orensanz Center on Norfolk Street on the Lower East Side, and meets on alternate Friday nights for services at the Middle Collegiate Church on Second Avenue and Seventh Street. With no set dues, they ask people who wish to affiliate with them to pay what they wish. They take seriously their commitment to building an inclusive Jewish community.

Rabbi Eva Sax-Bolder, recently named rabbi, plans to meet with and teach congregants at cafés, public spaces and her own kitchen table. Her first step is to deeply listen, she says. “What are people yearning for? How can I as their rabbi and we as their community support that?”

“I consider myself a holy shidduch maker, always asking, ‘Where are the connections? How can I create space for connections?’”

This is Rabbi Sax-Bolder’s first pulpit, after being ordained last January by Aleph: The Alliance for Jewish Renewal. Now in her early 60s, she worked as a speech and language pathologist — and also designed a line of clothing — before studying for the rabbinate.

“This isn’t a second career,” she says. “This is my life calling. Having lived a full life, I bring a different wisdom set to the job.”

The congregation has a list of close to 2,000 people who have attended events; they span the denominational spectrum, with some from yeshiva backgrounds, others who have converted, secular Jews and non-Jews as well.

“Everyone says they want to grow the shul. But it’s not just numbers. How am I going to help, to accompany them, to help them feel more Jewish, more deeply connected to prayer, liturgy and to the divine?” Full of inventive educational and programming ideas, Rabbi Sax-Bolder is particularly interested in pursuing something that goes beyond current, communal interest in millennials.

While in rabbinical school, she worked as a chaplain in prison and hospice settings, and served as assistant spiritual leader of Temple Beth El in City Island. She has training and experience in text study as well as pastoral care, Jewish spiritual direction, yoga, Hebrew chanting, davening leadership and mindfulness meditation. In teaching, she likes to integrate the arts.

Don Brancaccio, co-president, describes the Shul of New York, officially founded in 2000, as “a synagogue for spiritual Judaism, a unique congregation with a liberal Reform ideology founded on the idea of inclusiveness and the full participation of all.”

For as long as she can remember, Rabbi Sax-Bolder has been involved in synagogue life. She grew up in Chula Vista, Calif., where her European-born parents helped found a Conservative shul. She remembers how she loved sitting next to her father during services, feeling his devoutness and his transmission to God, and she has continued to feel that coming through her. With her husband, she helped found an egalitarian minyan in Berkeley. They moved to New Rochelle in 1997 and have been members of B’nai Jeshurun and Romemu in Manhattan, along with a havurah in Westchester for the last decade.

“I’m very God-centric,” she says. “Even though I wrestle, my wrestling is about the condition of the universe and how we treat one another. I’ve gone through many challenges but never felt abandoned by God.”

All along her own spiritual path, friends would suggest rabbinical school, but she didn’t feel she could take that on, with her very full life.

“It gnawed at me,” she says, “I would have rebbe dreams, especially before the holidays.”

One Shavuot, she finally made a commitment to become a rabbi, and then entered the distance learning program at Aleph as a full-time student, while also keeping up her speech therapy practice. She counts the late Reb Zalmen Schachter-Shalomi among her mentors and feels “blessed to be in his lineage of Renewal Judaism.”