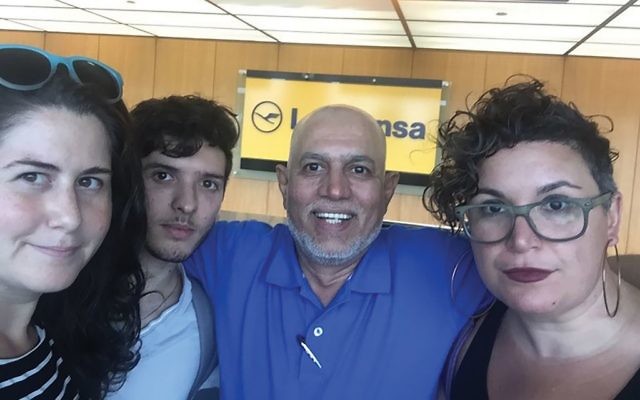 A week after Israel stopped five BDS activists from boarding a plane from Washington to Tel Aviv, accusations have surfaced alleging that Israel has been secretly spying on the group.

Rabbi Alissa Wise, deputy director of Jewish Voice for Peace and one of those prevented from boarding, told The Jewish Week that the Lufthansa ticket agent who barred them said Israel had given him a no-fly list containing the names of seven passengers.

The sixth name on the list was that of a person who had considered joining the activists last March but reconsidered and never bought a ticket.

“There is no way they would have known that name if they were not surveilling us,” she said.

The seventh name on the list was that of a person who was booked on another airline flying from another city. That person did fly to Israel and entered the country without incident, Rabbi Wise said.

She told The Jewish Week that she has reached out to her congressman, Pennsylvania Democrat Dwight Evans, who represents Philadelphia, to ask him to find out who sent Lufthansa the no-fly list and how the Israeli government got the names.

It was the first time Israel has implemented a controversial new law passed in March that gives the government authorization to bar foreign activists who seek to delegitimize Israel and promote a boycott against the Jewish state.

“Israel has better things to do than to spend its manpower surveilling these individuals.”

A spokesperson for the Israeli Embassy in Washington had no immediate comment, but Malcolm Hoenlein, executive vice chairman of the Conference of Presidents of Major American Jewish Organizations, scoffed at Rabbi Wise’s assertion.

“Israel has better things to do than to spend its manpower surveilling these individuals,” he said. “The charge has little credibility.”

Hoenlein added that those on the no-fly list “have engaged in activities that are way beyond free speech in terms of attacking Israel. … Jewish Voice for Peace and other similar groups have engaged in vicious attacks [against Israel], and their motivations include calling for a boycott and other actions against Israel.” 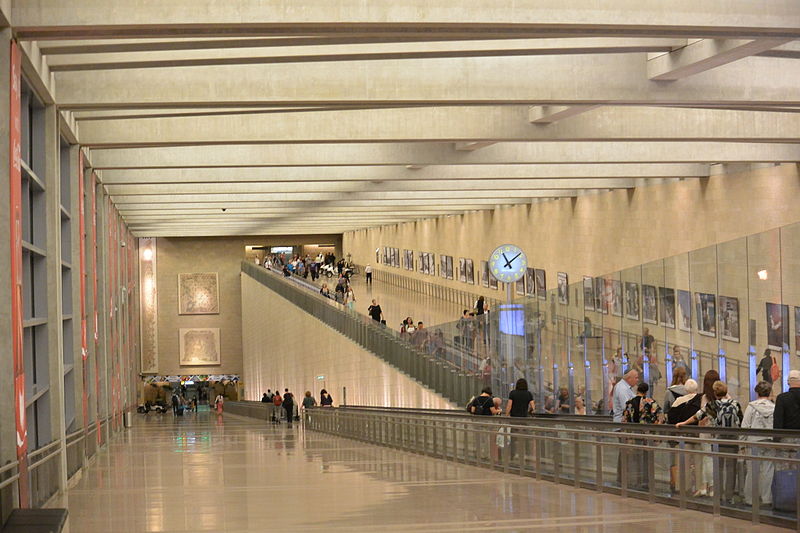 The Anti-Defamation League, in a new report on Jewish Voice for Peace, said it is the largest and most influential Jewish pro-BDS group in the United States, and that it has taken “increasingly radical positions and employed questionable tactics in pursuit of its mission to diminish support for Israel.”

It said JVP supporters have “shouted down and interrupted campus speeches by guests whom they consider too Zionist”; “celebrated” Palestinians convicted of terrorism; paid for an ad in a Jewish newspaper quoting a convicted Palestinian terrorist as alleging that Israel has purposely inflicted suffering on Palestinian prisoners, and asserted that joint U.S.-Israeli police and defense training has led to increased police brutality and racism against minorities in the U.S.

Jewish groups had a mixed reaction to Israel’s decision to bar the BDS (boycott, divestment and sanction) activists from flying to Israel.

“Israel has a right to admit or not admit whomever it deems should not be admitted.”

“Israel has a right to admit or not admit whomever it deems should not be admitted,” said Dan Mariaschin, executive vice president of B’nai B’rith International.

But another organization, T’ruah: The Rabbinic Call for Human Rights, said in a statement: “Gagging dissent flies in the face of millennia of Jewish practice and some of our most core values. … Engagement in non-violent protest should not be reason to be banned from Israel.”

And Ori Nir, a spokesman for Americans for Peace Now, said that although his organization “encourages our people to buy Israeli-made goods,” it believes “people should not be denied entry because they disagree with Israel’s policies.”

Israel is not the only country setting rules governing its border crossings.

“During the Iranian hostage crisis, President [Jimmy] Carter signed an executive order stopping all Iranians from entering the U.S. because he thought they would endanger the safety and security of America,” according to Mort Klein, president of the Zionist Organization of America. “He did it unilaterally; in Israel it went through channels [the Knesset].”

Rabbi Wise said that although she and the four other Jewish, Christian and Muslim leaders were barred from boarding the Lufthansa flight to Israel on July 23 from Dulles International Airport in Washington, D.C., other members of the Interfaith Network for Justice in Palestine were permitted to attend the 10-day gathering.

“Among them are three-to-five visible activists,” she said. “These are people who under their [Israel’s] own rules should not have been allowed in. … I don’t believe there is currently a list of people who are not allowed entry, and that might account for the uneven implementation of the law.”

Alana Krivo-Kaufman of Brooklyn, a JVP staff member who was also barred from the flight, said the “interfaith delegation was planning to meet with community organizations, human rights organizations, Palestinians and Israelis who are working for social transformation and for peace. The whole delegation was 23 people and the majority traveled together from Dulles Airport. … The other 18 were allowed to go and are there now.”

Three of the five kept from the flight were with JVP. The others were from the two other groups that comprised the delegation — American Muslims for Palestine and the Presbyterian Peace Fellowship, which is active in the Presbyterian Church (U.S.A.), a group that three years ago voted to divest from some companies that do business in Israel as a form of protest against Israel’s treatment of Palestinians.

Both the Anti-Defamation League and the American Jewish Committee opposed the anti-BDS legislation when it was first discussed. The ADL said on Twitter: “Israel’s democracy, pluralism, open society serve as best defense against #BDS. New law harms rather than helps.”

The AJC’s CEO, David Harris, acknowledged Israel’s right to border control and the country’s desire to defend its legitimacy. But he said in a statement that barring visitors for their political views “will not by itself defeat BDS, nor will it help Israel’s image as the beacon of democracy in the Middle East ….”

“BDS is presented as if it were a political argument to fight occupation, but it is a way to delegitimize the State of Israel…”

But neither the ADL nor the AJC has commented on last week’s implementation of the law.

Logan Bayaroff, a spokesman for J Street, said his organization “clearly opposed” the law when it was discussed in the Knesset. Now that it has been implemented, he said, “it is certainly chilling to see Jewish activists — no matter how much you disagree with their views — banned like this.”

But the law has wide support in Israel, according to Zalman Shoval, a former Israeli ambassador to the United States.

“Most people here support it and are very angry at those who support BDS,” he told The Jewish Week. “BDS is presented as if it were a political argument to fight occupation, but it is a way to delegitimize the State of Israel. … It is about the very right of the Jewish people for a state, and therefore most of the public and political opinion both on the right and on the left are opposed to BDS.”

Meanwhile, the proposed Anti-Israel Boycott Act now before the U.S. Senate and House continues to confuse. New York Sen. Kirsten Gillibrand, a co-sponsor, met with representatives of the American Civil Liberties Union and now believes the bill needs to be changed to avoid an ambiguity spotted by the ACLU. The ACLU said it believes the bill as written would impose penalties on individuals and not only companies that support BDS.

Other lawmakers, including fellow New York Democrat Charles Schumer, insist the ACLU is wrong in its broad interpretation of the legislation. He and others contend the bill simply updates the Export Administration Act of 1979 to encompass intergovernmental groups like the European Union that have supported BDS — and that it applies to companies only.