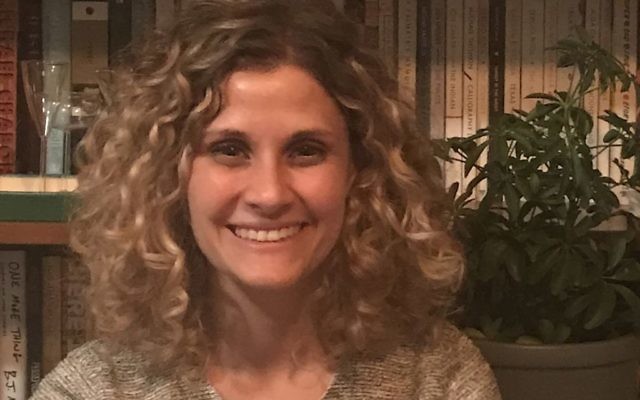 The Jewish Book Council’s Naomi Firestone-Teeter: Most readers in U.S. see “a small slice of literature available in Israel.”

Naomi Firestone-Teeter has been executive director of The Jewish Book Council since 2015, and prior to that, worked at the Book Council in various capacities since 2006. Under her leadership, the Book Council — now in its 73rd year — has developed new digital initiatives, expanded its national programs for writers and readers of Jewish books and is publishing an annual print literary journal, Paper Brigade. The Jewish Week caught up with Firestone-Teeter as summer reading season commences and we put the work of Israeli writers in the spotlight (More from the Summer Reading Issue here.)

In what ways is there an active dialogue between American and Israeli writers?

Festivals and programs like the Jerusalem International Book Fair and Hebrew Book Week along with the book fairs that occur during Jewish Book Month in North America frequently offer an opportunity for American and Israeli writers to share a stage and engage in dialogues about Jewish life, Israel and literature. Additionally, it’s always interesting, as an American, to see American writers engaging with Israel and Israelis in their works.

What are the trends you are seeing these days in Israeli literature?

To generalize a bit: In Israel’s politically charged atmosphere, the books emerging today — both fiction and nonfiction — reflect the difficult moral choices ordinary people must make on a constant basis in order to live alongside the different elements that make up Israeli society: the Palestinians, the settlers, the charedim, the far left, the youth.

Do you see more availability these days of Israeli writers in translation?

While I don’t think that traditional publishing is taking on a great number of Israeli writers in translation, I do think this year is a particularly good one. I would love to see more Israeli writers, especially writers who are not already known in the States, gain more translation opportunities and access to publishers in America. It’s important to give these Israelis a voice and show the diverse ideas and experiences that are coming out of Israel.

In Paper Brigade, we are starting to publish a short story translated from Hebrew in each issue to bring more attention to some of the incredible Israeli writers who have been writing in Hebrew but haven’t found a wide English market yet.

We were also very pleased to see two Israeli writers recognized on the Man Booker International Prize shortlist: David Grossman and Amos Oz. [Grossman was named as the winner just after this interview was conducted.]

Can you generalize about differences between American Jewish literature and Israeli literature?

It’s hard for me to generalize because in the States, we only see a small slice of the full spectrum of literature available in Israel. Understandably, publishers tend to invest in translations only when they feel sure they will be successful abroad, but this means that they can be hesitant to take chances on books or authors that don’t have a proven baselike Americans.

You’ve just brought together Jewish authors from around the country to present their latest books. What are you most excited about?

I left our “Meet the Author” sessions giddy. Two hundred and six authors have signed up for this year’s season and I was truly inspired by the range of stories and experiences that they have taken the time to write (about) and now share more broadly with the Jewish — and general —communities.

Are there any new JBC programs you’d like to mention?

In January, we announced the Natan Book Award at the JBC, in partnership with the Natan Fund, the goal of which is to highlight literature that will drive important conversations in our Jewish community in the next several years. I also want to mention JBC Read On, a speakers’ bureau for veterans of the JBC Network touring program.

What’s on your pile for summer reading?

I recently finished Rachel Kadish’s ‘The Weight of Ink,” which I thought was just fantastic. I highly recommend grabbing a copy this summer. Also: Joshua Cohen’s “Moving Kings” and Sana Krasikov’s “The Patriots.” (Looks like I’m on a bit of a fiction kick at the moment.)