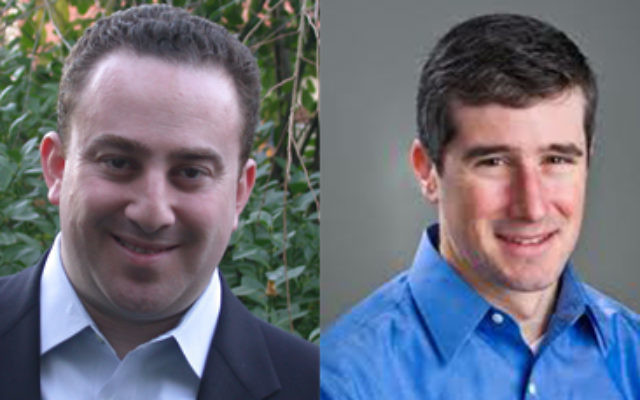 Imagine more than a quarter-million American Jews — Democrats and Republicans, observant and secular, and individuals representing the entire spectrum of Israeli politics — gathering at one time, in one place, with a single unified message on behalf of fellow Jews, in the name of the universal principle of freedom.

If you are older than 40, and were connected in any way to the Jewish community in 1987, chances are you don’t have to imagine.  You can remember.

This Dec. 6 will mark the 25th anniversary of the Freedom Sunday March, the largest-ever gathering of American Jews. Together, we greeted Soviet leader Mikhail Gorbachev as he arrived in Washington, D.C., for his summit with President Reagan with a clarion call as old as Exodus: “Let our people go!”

“Our people,” of course, were the Jews of the Soviet Union who were being discriminated against, deprived of their freedom of expression and religion, and prevented from emigrating. After the Six-Day War, brave Soviet Jews began to risk their careers, loved ones, and lives to protest the denial of these freedoms and to advocate for their basic right to immigrate to Israel.

Refuseniks — Soviet Jews who had been denied an exit visa — cried out for help from other Jews. Israeli and American Jewish activists responded, saying “Hineni – Here I am.”

The gathering 25 years ago on that cold December day on the National Mall was the culminating event of a generation-long struggle by American Jews to win the freedom of their Soviet brethren. Commonly known as the Soviet Jewry movement, its leading activists came from every corner of the Jewish community and their stories and impact continue to resonate with us as Jews and Americans.

The real engine of the movement was at the grassroots level across America.

In the mid-1960s, college students, housewives, dentists, rabbis, and teachers orchestrated letter-writing campaigns, local rallies, bar mitzvah-twinning programs, and more. And they persisted in their activism on behalf of Soviet Jews for decades. American Jews from every major city traveled to the Soviet Union with books, messages of support, and hidden religious articles.

The impact is hard to overstate: More than one million Soviet Jews became Israeli citizens. Jews from the former Soviet Union transformed various intellectual fields in Israel, from physics to economics to engineering and the medical sciences — and were recognized with Nobel Prizes no less than five times. Former Soviet Jews have changed the way we work and live through various high-tech innovations. Google, co-founded by Moscow-born Sergey Brin, might not have been created without the Soviet Jewry movement.

In stark contrast to the lack of political clout and cunning among American Jews during the Holocaust era, this generation of Soviet Jewry activists, reared in the struggle for civil rights for minorities in America, took a universal message of inherent rights and freedom from kitchen tables and university squares to the White House, where they confronted political leaders with a moral imperative based on many of the fundamental values, such as religious liberty, that were the foundation of America itself. In his award-winning book, “When They Come for Us We’ll Be Gone,” author Gal Beckerman notes that the Jackson-Vanik Amendment, which tied U.S.-Soviet trade to the basic right of emigration, marked the first time that a fight against the human rights abuses within another sovereign country was directly incorporated into American foreign policy. In fact, members of the Reagan administration credit activists of the Soviet Jewry movement for personalizing the philosophical differences between the countries, revealing contradictions that served to weaken the foundations of the Soviet Union itself. Within four years of the Freedom Sunday March, the Soviet Union was no more, and millions of Soviet Jews had immigrated to the United States and Israel.

While this is a Jewish success story on every level, the movement is little known by those who were not involved in it. How can it be that the lessons and history of this seminal movement have not been integrated into our contemporary Jewish narrative or our understanding of American history?

We formed Freedom 25 to rectify this incomprehensible situation. Our coalition of more than a dozen nonprofits and Jewish organizations are IS committed to help refocus Americans generally and North American Jewry specifically on this history and on the essential lessons of the Soviet Jewry movement. To do so, we are promoting a “virtual march,” comprised of online events, petitions, and educational programming in the weeks leading up to the 25th anniversary of the Freedom Sunday March, with the goal of one million people online celebrating this defining moment in Jewish and human rights history. We will also work collaboratively throughout 2013 to ensure that the movement and its vital legacy become part of classroom curricula and, more importantly, join the stories we tell our children and grandchildren with pride.

This Rosh HaShanah, as we begin 5773, we should remember and appreciate that the struggle for freedom is ongoing. The lessons of those who brought the Soviet Jewry movement to such heights, and such success, should inform how we respond to current and future challenges: As a community, we are strongest when we stand together. As a people, we must never stay silent when Jews are in need. As a light to the nations, we must ensure that those rights central to the Soviet Jewry movement — freedom of migration, freedom of information, and freedom of conscience — define our activism.

Daniel Eisenstadt and Michael Granoff are co-chairs of Freedom 25 (www.freedom25.net ), a coalition focused on promoting the history and lessons of the Soviet Jewry Movement to the next generation.