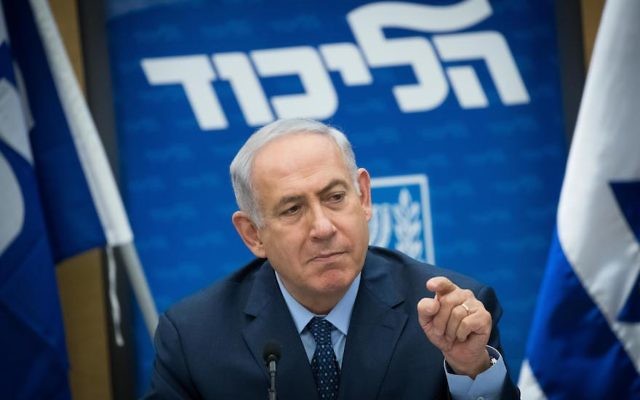 On Thursday, a document submitted by the police to the Rishon Lezion Magistrate’s Court revealed that police are investigating Netanyahu on suspicion of bribery, fraud and breach of trust.

The court then imposed a gag order on details of the probe until Sept. 17.

“The witch-hunt to topple the government is in full swing but it will fail because of this simple reason: There will be nothing because there was nothing,” Netanyahu’s office said Thursday in response to the reports.

The Jerusalem Post reported Friday that Netanyahu’s former chief of staff, Ari Harow, has agreed to testify in the probe. The Los Angeles native has previously been under investigation for allegations that he used his political connections to advance his own business interests.

While no formal  charges have been filed against Harow, various Israeli media reported that he agreed to cooperate with the attorney general in return for six months’ community service and a hefty fine.

The probe is reported to involve two separate cases. In the first, dubbed “Case 1000,” police are probing whether expensive gifts given to Netanyahu by an Australian billionaire and a Hollywood mogul amount to an illegal conflict of interest.

In the second case, known as “Case 2000,” Netanyahu is alleged to have sought favorable coverage from the Yediot Acharonot newspaper in exchange  for legislation that would disadvantage a free rival daily, the Sheldon Adelson-back Israel Hayom.