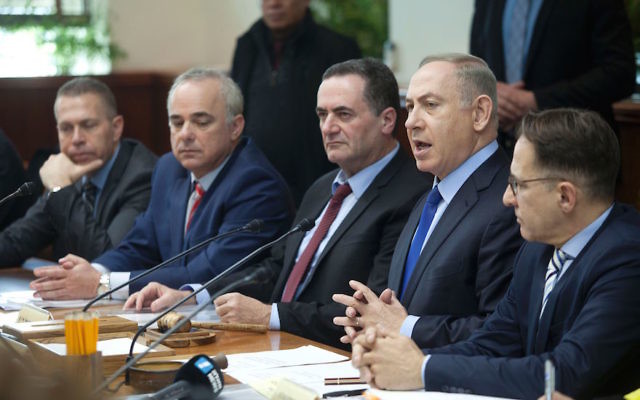 JERUSALEM — Israeli Prime Minister Benjamin Netanyahu announced that all Cabinet ministers must attend the arrival ceremony at Ben-Gurion International airport for President Donald Trump after learning most were not planning to attend.

Israeli media reported, citing an unnamed senior government official, that the prime minister got very angry at the meeting when he learned that so few government ministers had decided to come. Shortly after the meeting, the Prime Minister’s Office issued instructions to all government ministers requiring them to be in attendance at the airport at the time of Trump’s arrival.

The Foreign Ministry reportedly had originally said that attendance was optional.

U.S. officials reportedly were concerned about the heat upon the president’s arrival and asked for an abbreviated welcome ceremony.

Government ministers reportedly had decided not to attend the ceremony because they would be required to arrive 2.5 hours ahead of Trump’s arrival, go through a security check, and wait in the reception area. They also reportedly would not be afforded the opportunity to shake hands with the president or those traveling with him since they will not be standing in the receiving line at the airport.

Air Force One is scheduled to arrive on Monday from Riyadh, Saudi Arabia at about 12:15. The president will visit Israel and the Palestinian Authority for 28 hours before leaving for the Vatican and a visit with the Pope.

“U.S. President Donald Trump and his wife Melania will arrive tomorrow on an historic visit to the State of Israel. Senior administration and White House officials will arrive together with them. This is President Trump’s first visit outside the US, and the honor is ours that he has chosen to come to Jerusalem, the capital of Israel, and – of course – to the State of Israel,” Netanyahu said Sunday morning at the start of the weekly Cabinet meeting. .