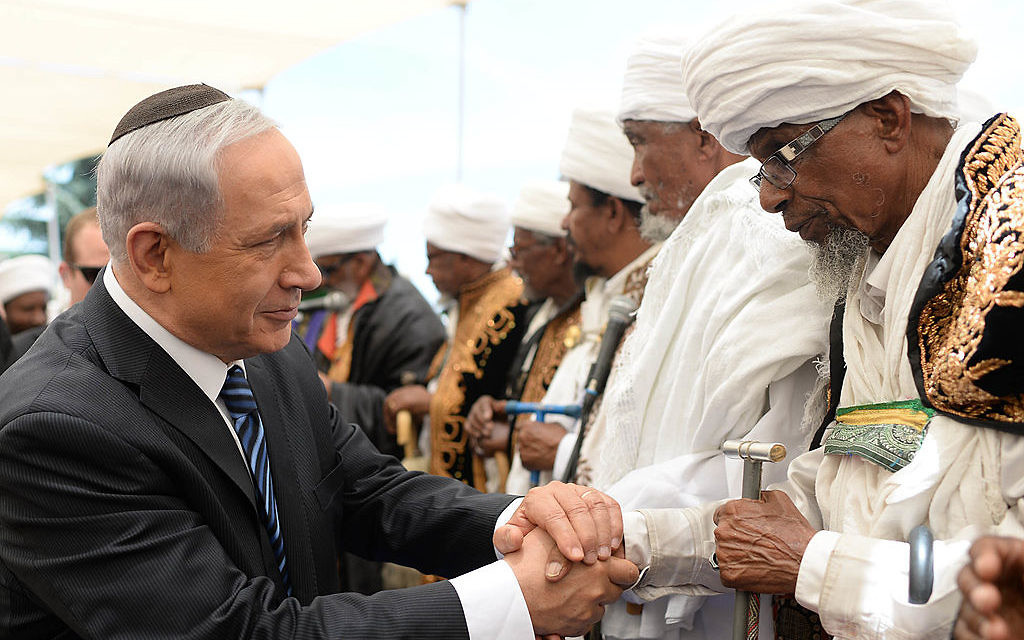 Netanyahu met Thursday morning at the national palace with Prime Minister Hailemariam Desalegn. The prime ministers and their delegations discussed ways to increase bilateral cooperation on a series of issues including water, agriculture, communications, tourism and education. Agreements were signed in science, technology and tourism.

In response to a question, Netanyahu said, “I am proud of Ethiopian Jews’ contribution in Israel. They constitute a living link with Ethiopia and Africa. It starts with our ambassador who is here and also the fact that I brought lawmakers [Avraham] Neguise and [Penina] Tamanu-Shata, who represent this link.”

Neguise, of Netanyahu’s Likud party, met Thursday morning with two local Jewish leaders, Melese Sedeto of Addis Ababa and Ambanesh Tekeba of Gondar, at the Israeli delegation’s hotel, and expressed disappointment to The Times of Israel that Netanyahu had not scheduled a tour of Jewish institutions or meetings with representatives of Ethiopia’s Jewish community.

Neguise came to Israel from Ethiopia in 1985 and entered the Knesset last year. He is the chairman of the parliament’s Immigration and Absorption Committee.

Meanwhile, Netanyahu denied reports that that there had been an attempt on his life while visiting Kenya during his five-day, four-nation trip to Africa. He said he heard about the assassination attempt during his news conference in Ethiopia, according to The Associated Press.