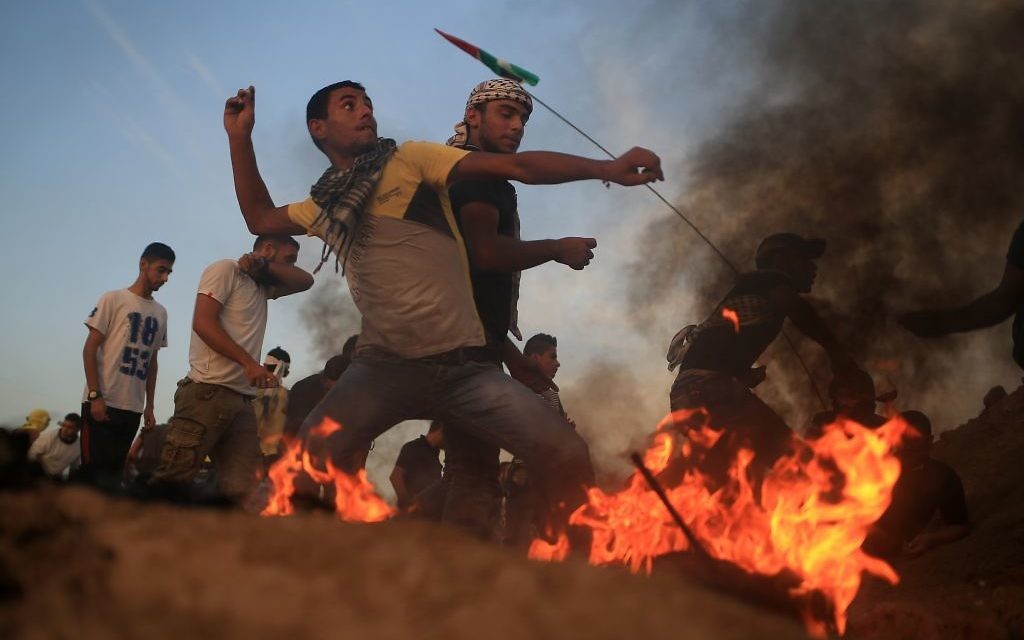 Israeli Prime Minister Benjamin Netanyahu and U.S. Secretary of State John Kerry at a meeting in Berlin called for an end to incitement to violence against Israelis.

Kerry did not assign any blame for the violence but said it and incitement had to stop. He also said that the leaders need to “settle on the steps that will be taken that take us beyond the condemnation and beyond the rhetoric” and move toward a larger peace process.

Deadly Palestinian attacks on Israelis have sharply increased in recent weeks amid tensions over the Temple Mount, also known as Haram al-Sharif, a Jerusalem site holy to Jews and Muslims. Driving the tensions in part have been reports among the Palestinians that Israel is planning to alter the site, which houses a mosque compound. Abbas himself has made the charge, which Netanyahu vehemently denies.

Netanyahu also said that “Israel is acting to protect its citizens as any democracy would in the face of such wanton and relentless attacks.”

He is scheduled to meet in Berlin with the European Union’s foreign policy chief, Federica Mogherini.

Kerry is scheduled to meet over the weekend in Amman with Abbas and King Abdullah of Jordan.