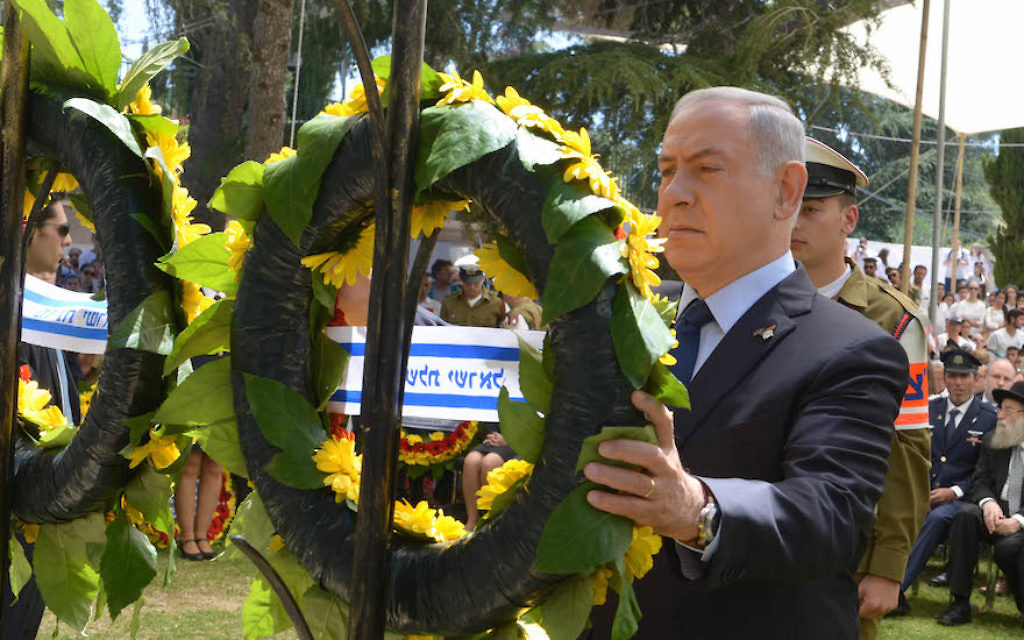 Israel celebrated its 68th year of independence on Wednesday night and Thursday, marking the anniversary of the state’s establishment on May 14, 1948, according to the Hebrew calendar. At a Jerusalem ceremony Thursday awarding 120 Israeli soldiers with certificates of excellence, Netanyahu suggested Israel should again hold military parades on the day, as it did annually through the late 1960s.

“I remember seeing tanks for the first time,” said Netanyahu, according to Israeli media reports. “I saw soldiers and that excited me greatly. I have a suggestion: Let’s bring back the military parades in Jerusalem.”

“They see the roads, the construction, our technology, economy, society, art,” Netanyahu said of foreign dignitaries. “Above all, they see you, the citizens of Israel, and your great skills and entrepreneurship, your sense of mutual accountability, the way you unify in times of trouble.”

Speaking at the soldiers’ award ceremony Thursday, Rivlin compared the country to a little sister he has watched grow up. Rivlin, 76, was born in Jerusalem before Israel’s establishment.

“I dreamed of her, I hoped for her, oh, how we hoped,” Rivlin said. “I was present at her birth, and since then I’ve celebrated her 68 wonderful and amazing years.”