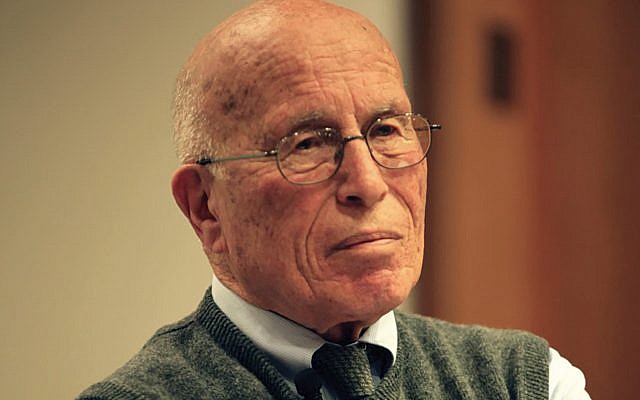 The notable similarities between Prime Minister Netanyahu and President Trump are familiar. Both have faced charges of corruption, have run tainted political campaigns and have proved willing to sacrifice national ideals for their personal survival. But the recent Israeli election has also demonstrated a sharp difference between the two that deserves more attention than it has received.

Specifically: Trump won the U.S. presidency in 2016 although he lost the popular vote by a substantial margin — in contrast to Netanyahu, who in 2019 and despite facing imminent criminal charges was endorsed for a new term by a strong majority of Israeli voters — a margin of more than 9 percent, if one includes the likely coalition partners of his own party. Trump’s election did not represent the will of the U.S. populace, and, according to recent polls, that gap has widened after his two years in office. But there can be no question about Israeli popular support for the policies laid out in Netanyahu’s four terms as prime minister that will now also shape his fifth.

The details of this difference are important. President Trump’s election in 2016 resulted from the override by the U.S. Electoral College of the national popular vote. In this process, the electoral votes of individual states (except for two of them) go entirely to the winning candidate in that state; the loser, no matter how close the election, receives no credit in electoral votes. This makes it possible for a presidential candidate to win a majority in the Electoral College with a minority popular vote. This was indeed the outcome in 2016 for Trump, who won the electoral vote by 306 to 232 but lost the national vote by roughly three million votes.

The legal status of Trump’s victory was clear, although the evidence since then of Russian interference has at least suggested that the electoral vote might have been different without that interference. This consideration, however, only underscores the graphic difference between Netanyahu and Trump. The baggage that Netanyahu carried into the election was clear: he faced three and potentially four counts of personal corruption; his few and lukewarm expressions over the years of support for a two-state solution with the Palestinians has been consistently contradicted by his continuing support and subsidies for West Bank settlement and infrastructure, together with the unchecked deterioration of the stricken Gaza economy; and his recent campaign openly expressed support for annexation of West Bank settlements in defiance of international law.

The Likud platform on the Palestinian Question was a straightforward endorsement at best of the status quo, with the four million Palestinians in the West Bank and Gaza remaining without basic political rights and with no recognition, let alone acknowledgement of Israel’s possible role in altering that condition. Against that background, the Blue and White party, led by Benny Gantz together with two other former commanders of the Israeli armed forces and the head of Yesh Atid, demonstrated both its will and ability to maintain Israel’s security.  But more than that, and even without specific proposals for a two-state solution or for containing West Bank settlement growth, the new party clearly heralded a stop to Netanyahu’s view of a Greater Israel as well as a stop to the increasingly theocratic designs of the religious parties.

Netanyahu and his policies had not faced any previous challenge as politically and morally strong, but the election itself made emphatically clear that this challenge failed — and by so large a margin as to leave no doubt about Israel’s collective will for even the intensification of past Netanyahu policies (with, or even without, Netanyahu himself). The total number of Israeli voters in the election represented 68 percent of those eligible. Likud received 1.14 million votes; parties ready to join with Netanyahu’s candidacy for prime minister (Shas, Agudah, Israel Our Home, the United Right, Kulanu) added 989,500 votes for a total of 2.12 million.

The Blue-White opposition received 1.12 million votes; the parties likely to join Blue-White (and Gantz) in coalition (Labor, Meretz, possibly Hadash) added 512,400 votes for a total of 1.6 million. These figures show a majority of 491,500 for Netanyahu’s policies out of a total of 3.77 million votes (the voters for parties who failed to reach the 3.25 percent minimum are not tallied here). That’s a startling margin of more than 12 percent in what had been supposed to be (and what some still see as) a close election. If anything is clear, it is that the election was not even close.

To be sure, certain variables qualify this conclusion. The two main competing parties received almost equal popular support, with the preference for Netanyahu advanced by Likud’s likely allies. Those allies, to be sure, have been setting certain non-negotiable conditions for their allegiance which are nonetheless currently being negotiated. The possibility that the would-be partners will forego a place in the new government for the sake of those conditions is slight, and so the basic conclusion demonstrated by the election is only too clear: Continuation of Netanyahu policies of the past decade as a minimum, with the likelihood of their intensification.

Thus, indifference to the status and condition of the four million Palestinians who live now without basic rights or franchise, in effect as prisoners; increasing settlement growth and probable annexation of parts of the West Bank with the exclusion or even expulsion of their Palestinian residents; charedi constraints on public and civic freedoms in Israel, along with special privileges in religious subsidies and exemption from military service. It thus ensures the continuing erosion of the ideal of a Jewish and democratic state affirmed as fundamental in Israel’s Declaration of Independence — together with fading hopes for that ideal among many longtime Israel supporters both within and outside Israel.

Berel Lang is a professor of philosophy and the author of many books, including two on the Holocaust.